Possibly, the wave [ii] was quite short and took the form of the zigzag. Earlier, the price finished the correctional wave Y and then the descending impulse in the wave [i]. It’s highly likely that in the nearest future the market may continue falling in the third wave of the wave (i). 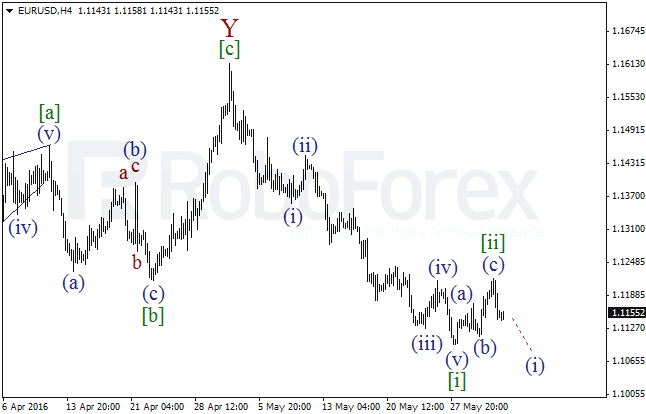 More detailed structure is shown on the H1 chart. It looks like yesterday the price completed the ascending impulse (c) of [ii] and then the impulse in the wave i. Consequently, after finishing the local correction, the pair may start falling in the third wave. 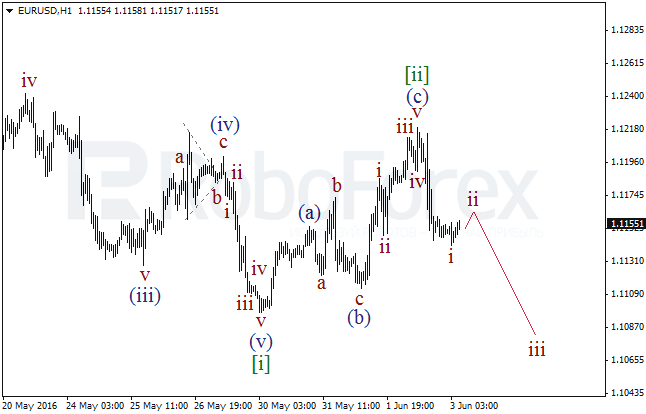 Pound is still forming the descending impulse in the wave (iii). Earlier, the price completed the wave (ii) in the form of the ascending zigzag. It’s highly likely that on Friday the market may continue moving downwards and reach a new local low. 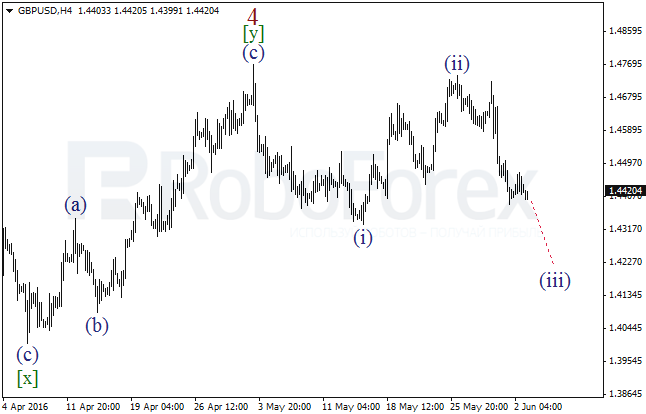 As we can see at the H1 chart, the price is about to finish the fourth wave of the wave (iii). The correction may yet continue during the day, but later the market is expected to start falling in the wave v of (iii). 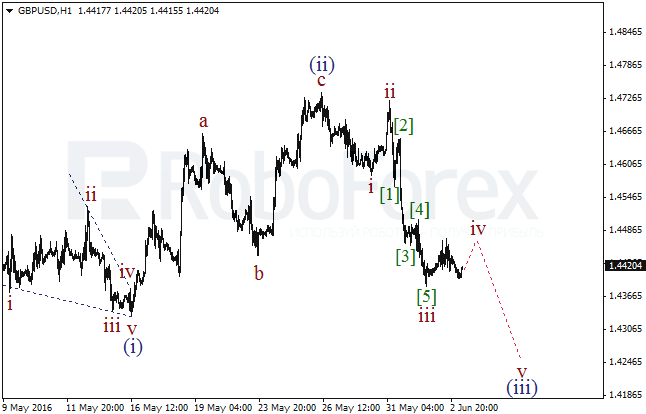 It’s highly likely that after finishing the bullish wave (i), Yen started a new correction and at the moment is completing the wave a. Consequently, during the day the market may form the local correction in the wave b. 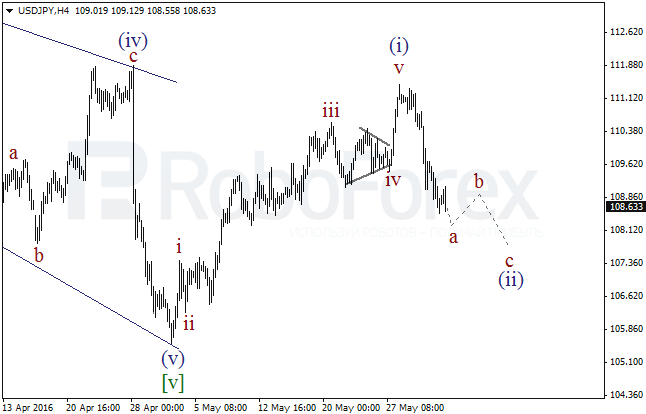 More detailed structure is shown on the H1 chart. Probably, Yen is finishing the fifth wave of the descending wave a. in the nearest future the market may break its previous low and then start a new ascending correction. 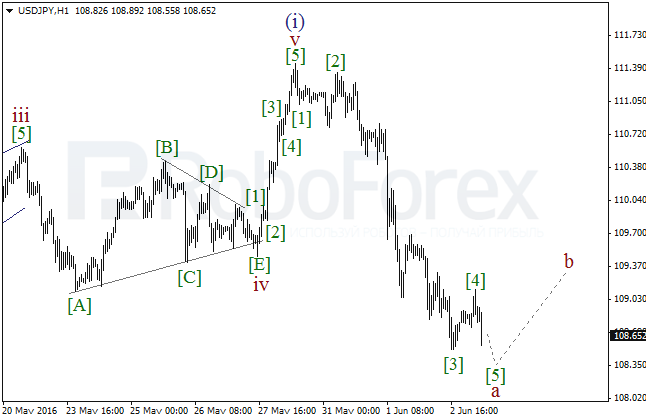 Australian Dollar is being corrected as well. Probably, the price completed the descending wave [i] and then formed the bullish impulse (a). Most likely, in the nearest future the market may continue forming the correctional wave [ii]. 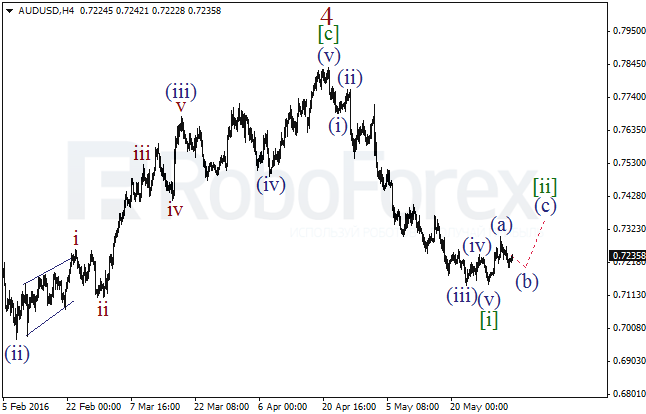 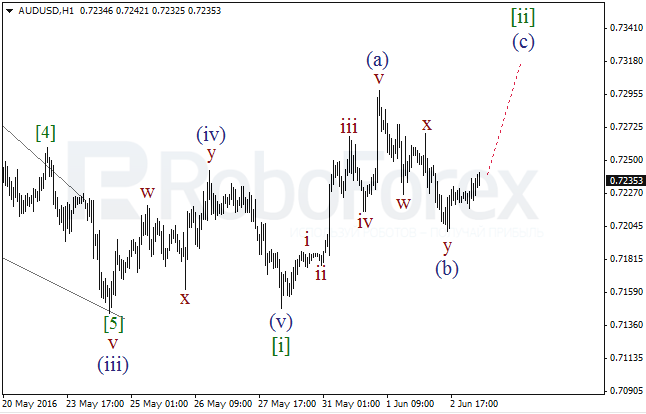