The current chart structure implies that Eurodollar has completed the wave [ii] in the form of the zigzag. However, taking into account how fast the current correction is, one should wait until the price forms the wave (i), thus confirming the start of a new descending movement. 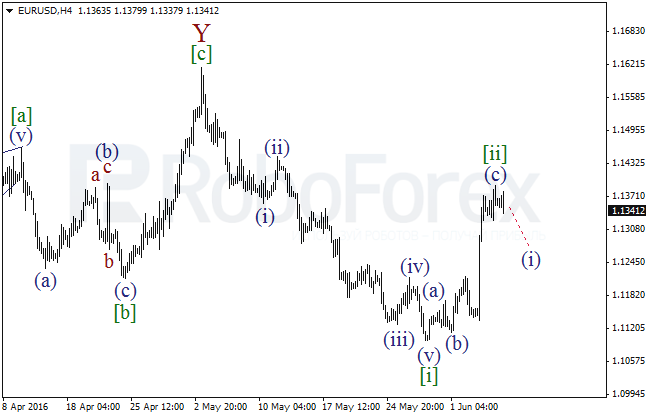 More detailed structure is shown on the H1 chart. Eurodollar has completed the ascending impulse in the wave (c). Moreover, on the minor wave level the market has already formed the wave i, which means that it may fall a bit in the wave iii. 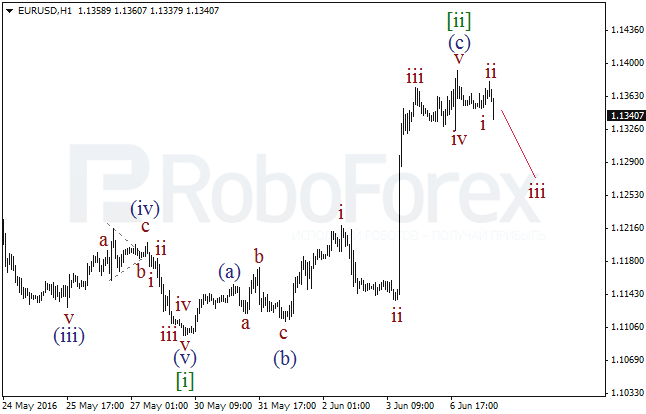 Probably, Pound is about to start forming the extension in the wave (iii). On the minor wave level, the price has completed the descending impulse in the wave i. Right now, the local correction is taking place, which may be followed by a new decline in the wave iii of (iii). 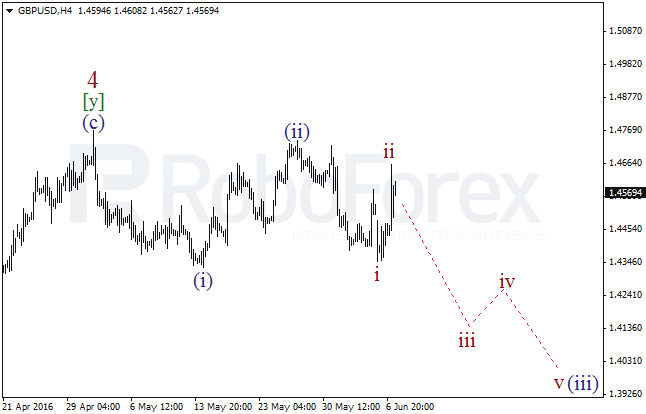 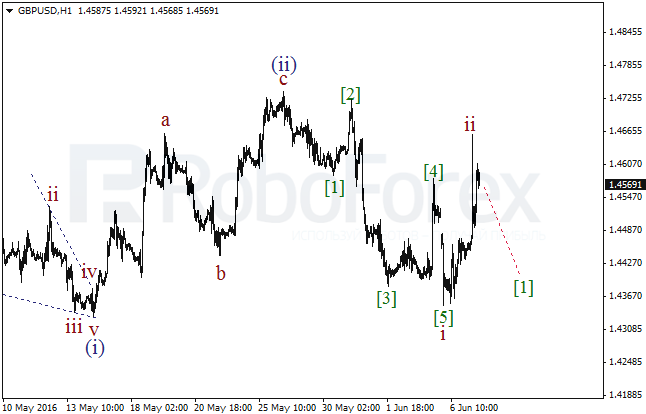 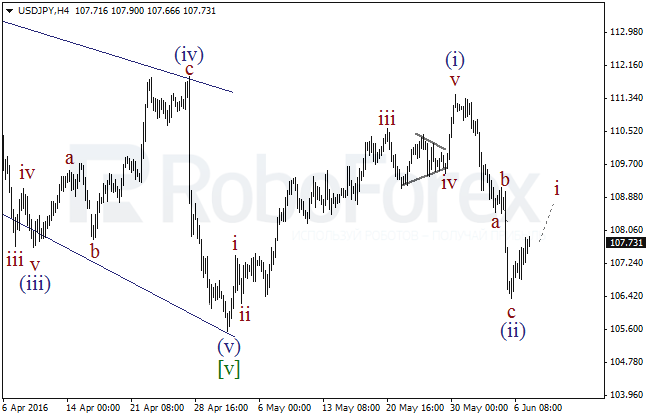 As we can see at the H1 chart, after finishing the wave c of (ii), Yen formed the ascending wedge in the wave [1]. On Tuesday, the local correction may take place, which may be followed by a new growth in the wave [3] of i. 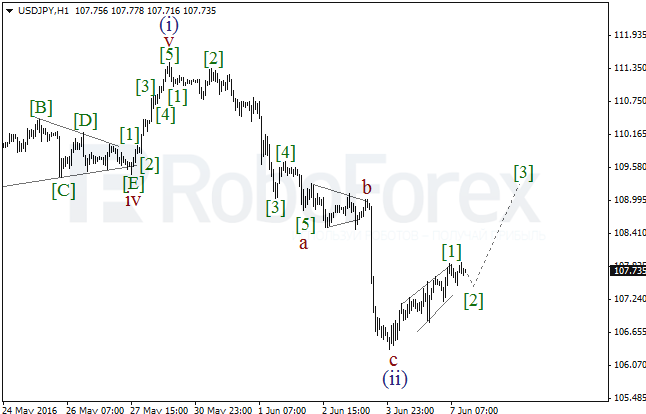 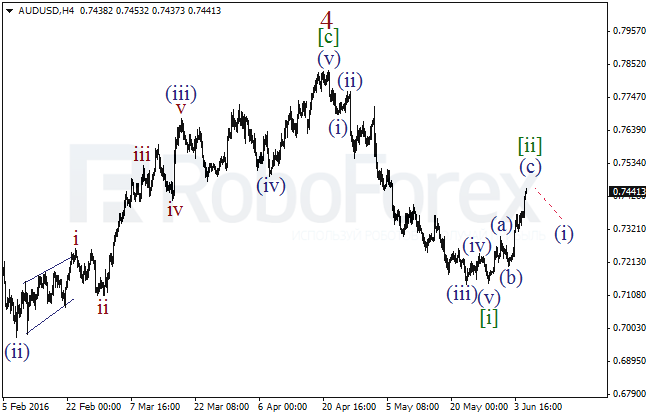 As we can see at the H1 chart, the price is about to finish the fifth wave in the wave (c) of [ii]. On Tuesday, Australian Dollar may complete the wave v and start another descending impulse. 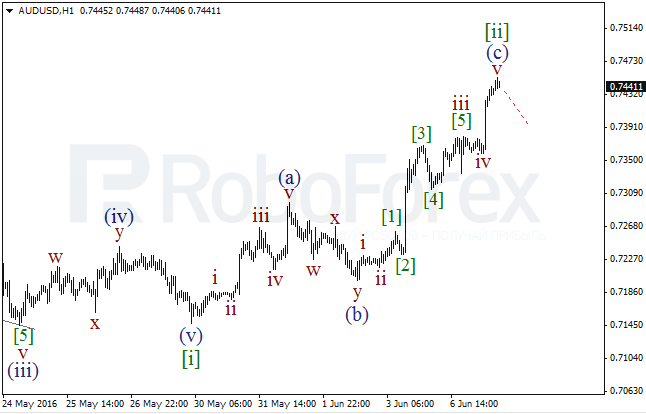