Probably, Eurodollar is about to complete the wave ascending impulse (c) in the zigzag [ii]. Consequently, in the nearest future the market may start falling in the wave (i), thus confirming the start of a new descending movement. 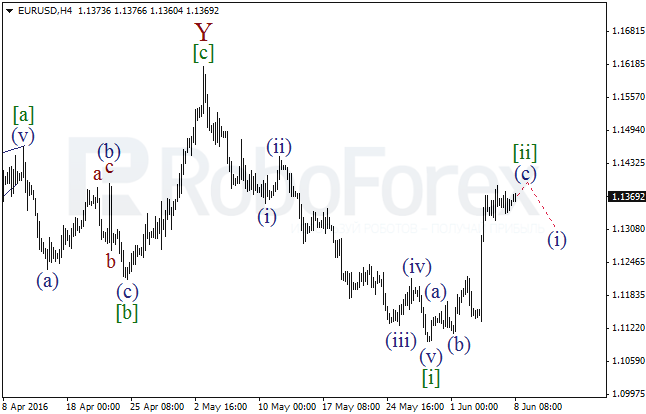 As we can see at the H1 chart, Eurodollar lacks several waves inside the fifth wave to complete the wave (c). Consequently, it will be too early to talk about a new descending movement until the price forms a bullish impulse. 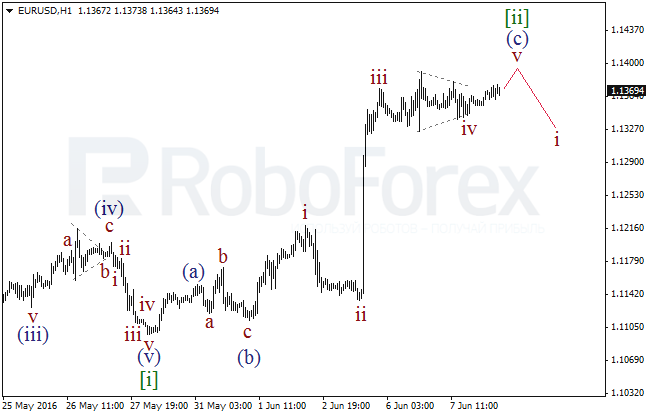 It’s highly likely that in the nearest future Pound may form the extension in the wave (iii). On the minor wave level, the price may continue forming the second wave. Later, the market may resume its decline in the wave (iii). 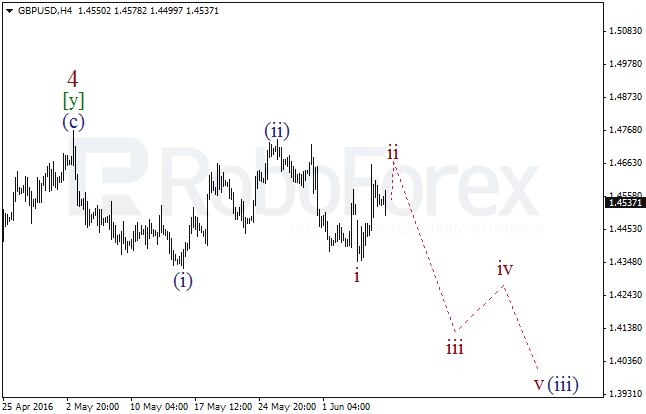 More detailed structure is shown on the H1 chart. After finishing the zigzag (ii), Pound formed the descending impulse i. It looks like right now the price is completing the wave ii. To confirm this scenario, the market has to form the bearish wave [1]. 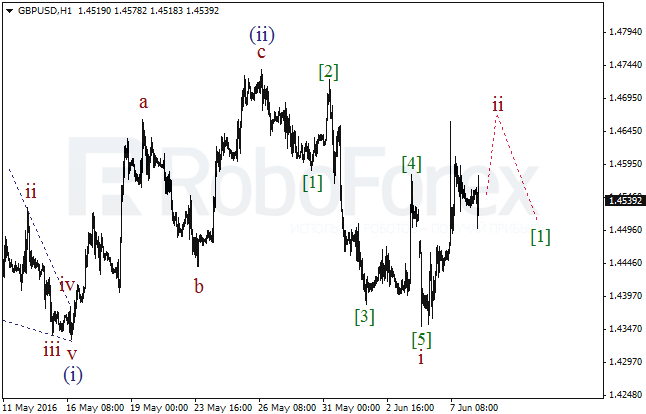 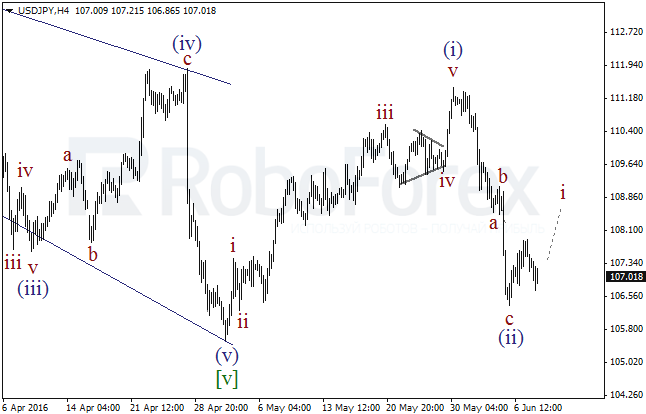 At the H1 chart, probably Yen is finishing the wave [2). Earlier, after completing the descending impulse in the wave c of (ii), the price formed the ascending wedge in the wave [1]. Consequently, on Wednesday the pair may start growing in the wave [3] of i. 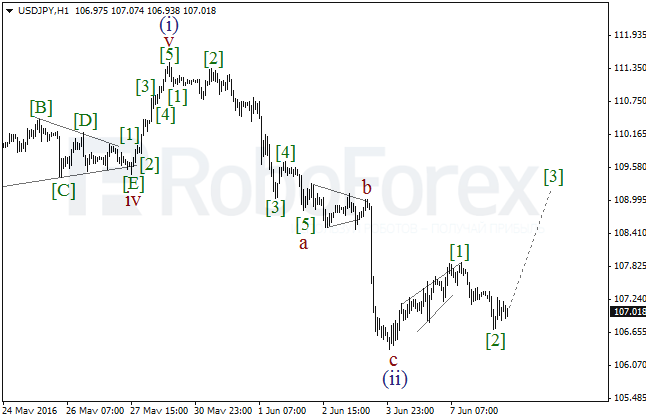 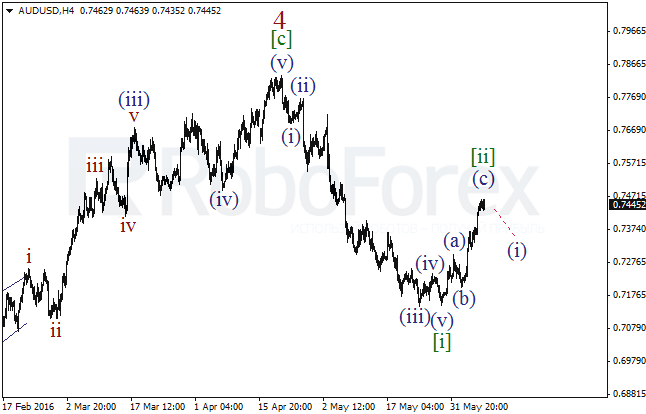 More detailed structure of the impulse (c) is shown on the H1 chart. It looks like the price is about to finish the fifth wave in the wave (c). In order to start a new decline in the wave [iii], Australian Dollar has to form the bearish impulse i of (i). 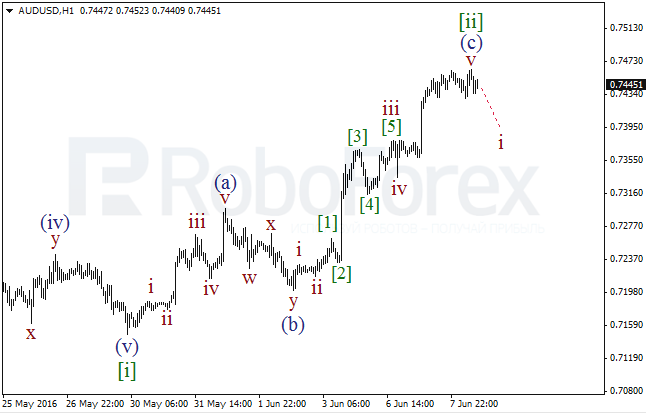