In case of Eurodollar, after finishing the impulse in the wave (i), the price has started falling in the third wave. It looks like earlier the pair finished the wave [ii] in the form of the zigzag. Consequently, in the nearest future the market may continue falling. 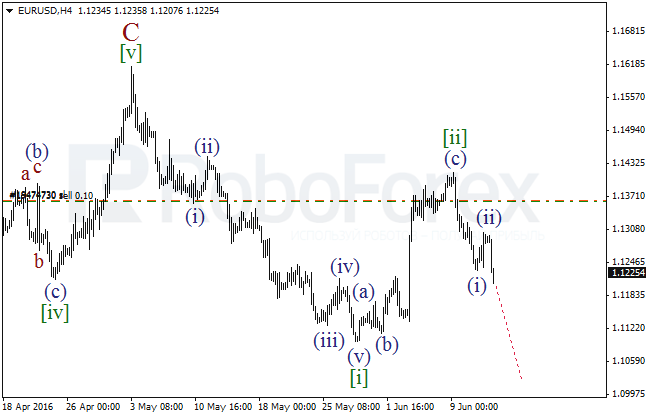 As we can see at the H1 chart, after finishing the wave (i), Eurodollar has completed the correction in the second wave. As a result, on Tuesday the price may fall in the wave (iii) and finish the wave i inside it. Later, the short-term correction may take place, which may be followed by a new decline in the wave iii of (iii). 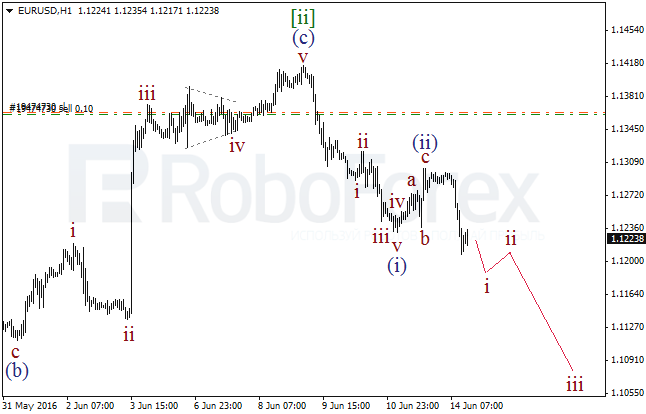 Pound is still forming the third wave in the extension in the wave (iii). In the nearest future, the market may be corrected and then reach new lows while forming the descending wave v of (iii). 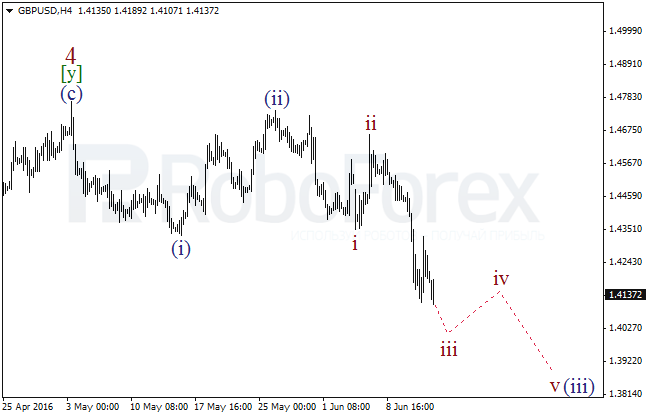 More detailed structure of the current descending movement is shown on the H1 chart. It’s highly likely that Pound is forming the fifth wave in the descending wave iii. As a result, during the day the price may continue falling. 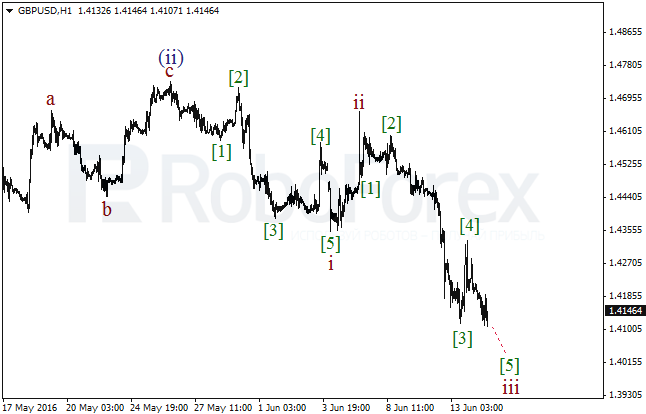 Probably, Yen is forming the diagonal triangle c in the wave (ii), which is taking the form of the zigzag. Later, after finishing the wave c, the market may resume growing. To confirm this scenario, the pair has to form the first wave in the wave (iii). 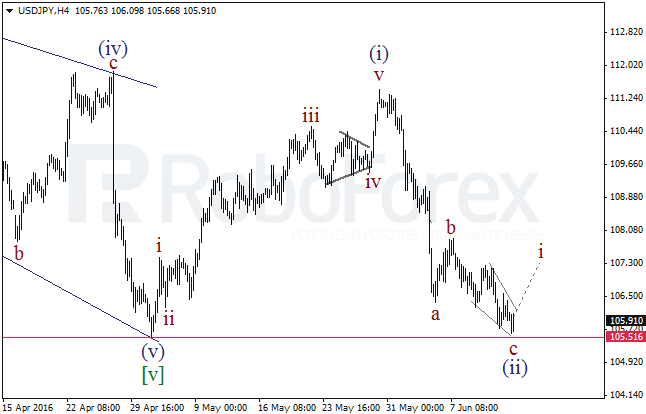 As we can see at the H1 chart, after finishing the wave b, Yen has started falling in the wave c of (ii). Considering that the price has rebounded from the downside border of the diagonal triangle, we may assume that the pair may start forming a new bullish impulse during the day. 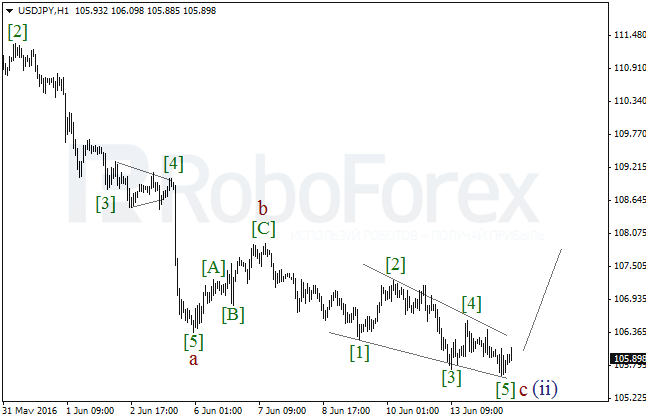 It’s highly likely that Australian Dollar has completed the zigzag in the wave [ii]. Earlier, after finishing the wave 4, the price formed the descending impulse in the wave [i]. Consequently, in the future the market may move downwards in the wave (iii) of [iii]. 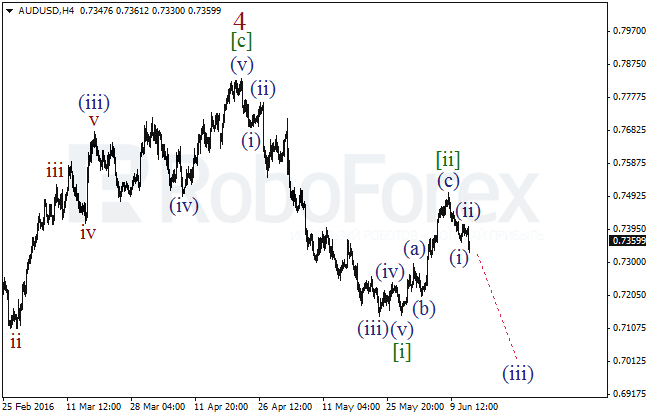 As we can see at the H1 chart, the price has completed the wave (i) and the correction in the second wave. It’s highly likely that on the minor wave level Australian Dollar is forming the wave i of (iii). After finishing this wave, the pair may resume its decline. 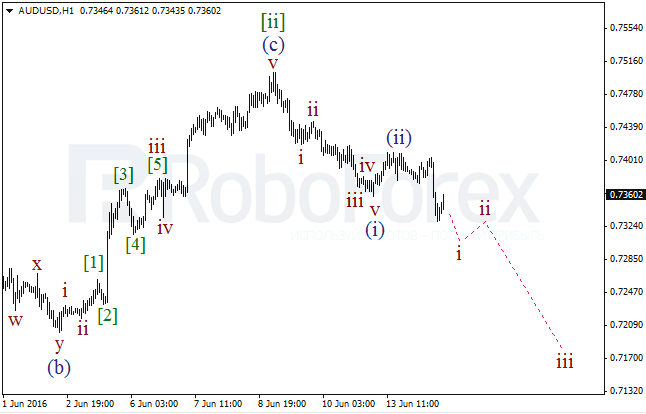