In case of Eurodollar, the chart structure is getting more complicated. The main scenario implies that the price is about to finish the wave y inside the double three (b), which may be followed by a fast growth in the wave (c) of [ii]. 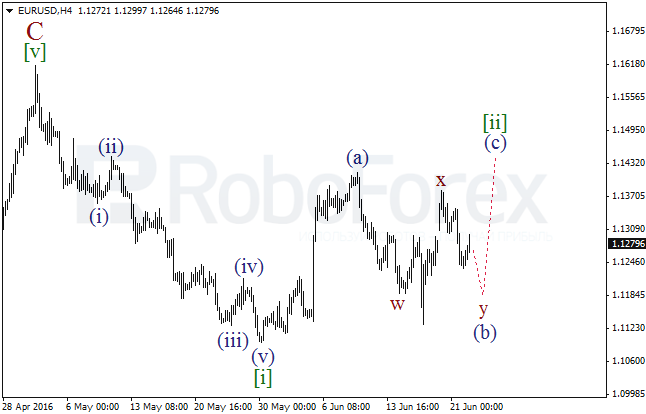 More detailed structure is shown on the H1 chart. It looks like the price is about to finish the wave [B] in the wave y of (b). Consequently, in the nearest future the market may move downwards in the wave [C] of y. 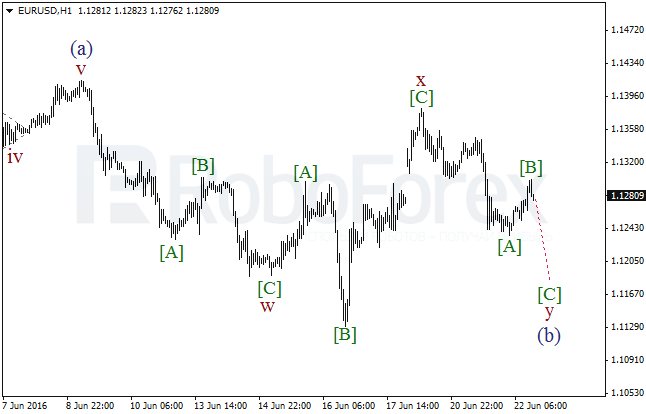 In case of Pound, the chart structure remains the same. It looks like yesterday Pound completed the wave (a) and stared a new descending correction. In anticipation of the British referendum, we can expect any surprises in the wave (b). 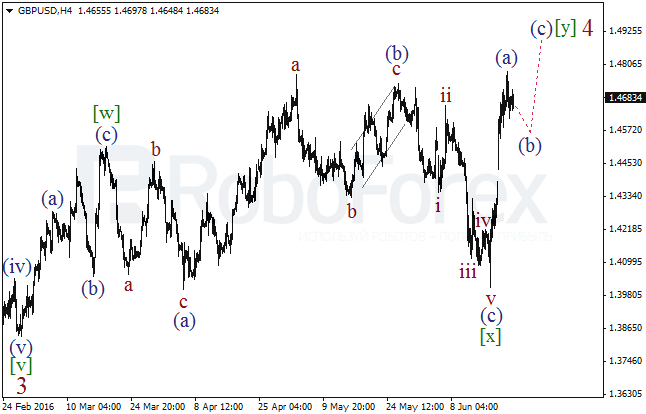 More detailed structure of the impulse (a) is shown on the H1 chart. As a result, after finishing the local correction, the market may continue falling in the wave (b). 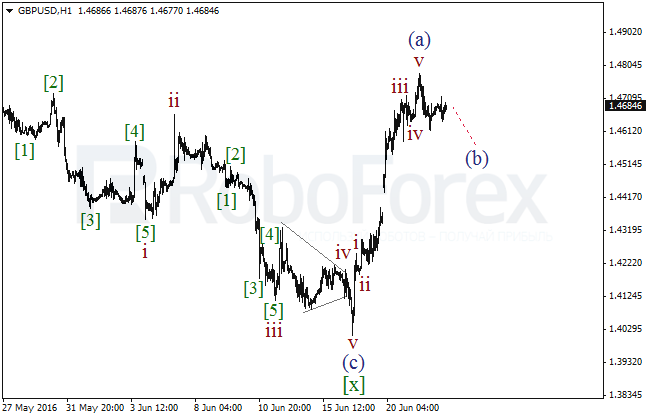 The wave v of (iii) was too short. It looks like right now Yen is forming the wave (iv) and may reach a new local high. Later, the market may start falling in the wave (v) of [v]. 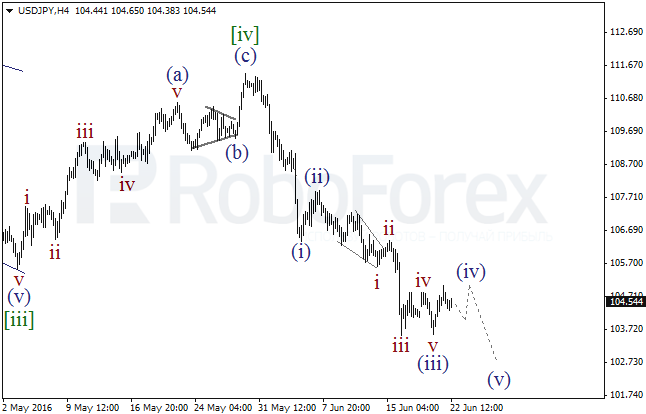 More detailed structure is shown on the H1 chart.  After completing the impulse in the wave a, Yen started a new local correction. Consequently, in the nearest future the market may finish the wave b and start forming the bullish wave c of (iv). 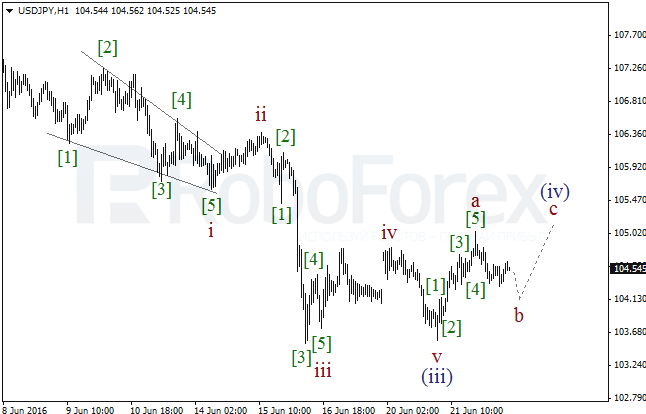 Probably, Australian Dollar is forming the wave (y) in the correctional double zigzag [ii]. Earlier, the price completed the descending impulse in the wave [i]. As a result, in the nearest future the market may break its local high. 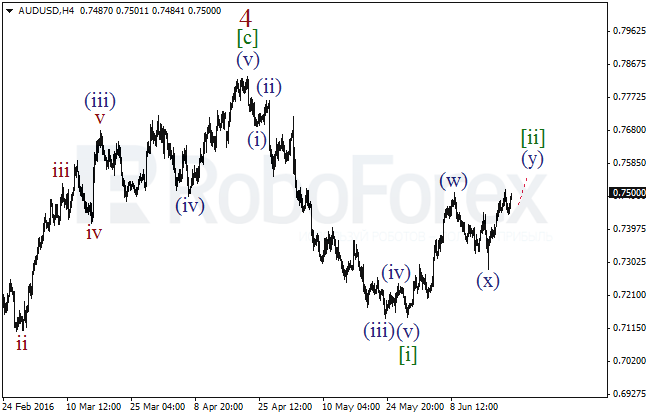 After finishing the zigzag in the wave (x), the price formed the impulse in the wave a. On Wednesday, the pair may continue the local correction, which may be followed by a short-term growth in the wave c of (y). 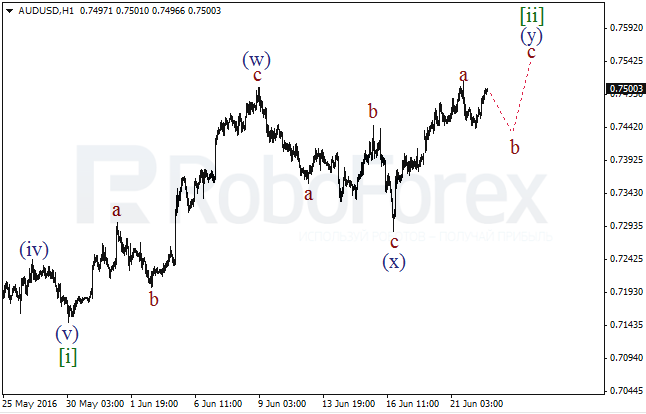