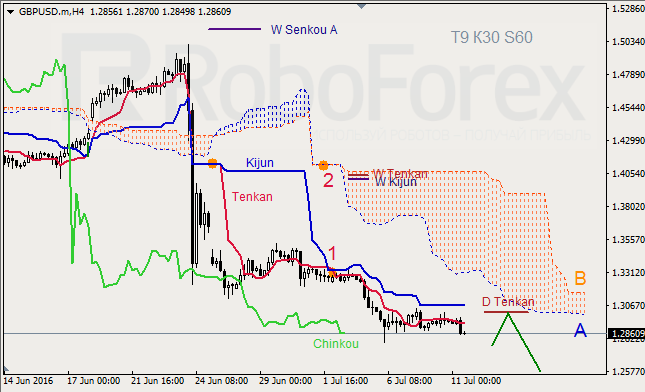 GBPUSD, TF Н4. Indicator’s sigmals: Tenkan-Kijun is under the "Dead Cross" influence (1), Kumo is declining (2), but is narrowed significantly, the late Chinkou line is under the chart, price is under the lines. Resistance D Tenkan and price declining are might be expected. 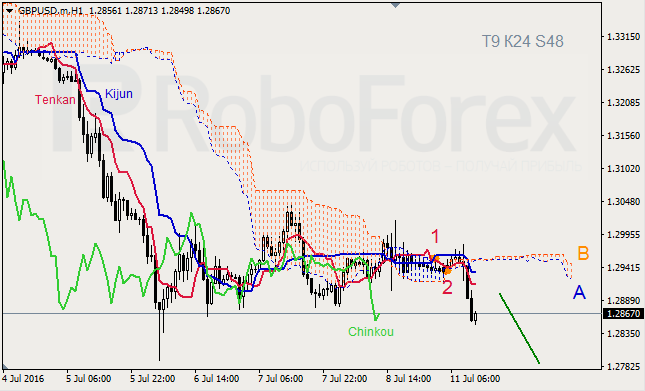 GBPUSD, TF Н1. "Dead Cross" influences on Tenkan-Kijun (1), Kumo is declining (2), the late line Chinkou is under the chart, the price is under the lines. For the short term, resistance Tenkan and price declining are might be expected. 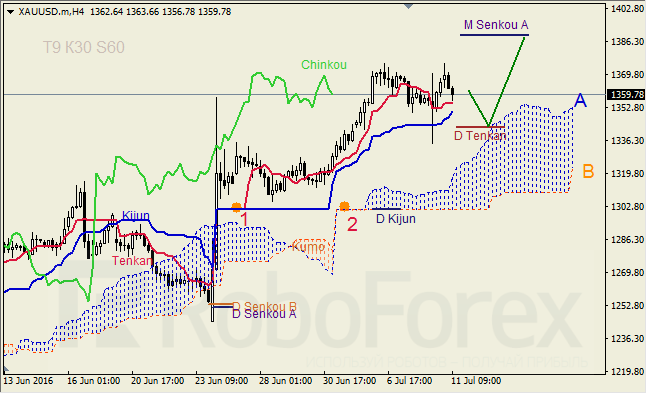 XAUUSD TF Н4. Indicator’s signals: Tenkan and Kijun are becoming closer above Kumo, but still is under "Golden Cross" influence (1). All lines, but Tenkan, are upward, cloud is risen (2), the late line of Chinkou indicator is above the chart, price is quite on the Tenkan. Supporting В Tenkan – Chinkou A and growth of the price are might be expected.