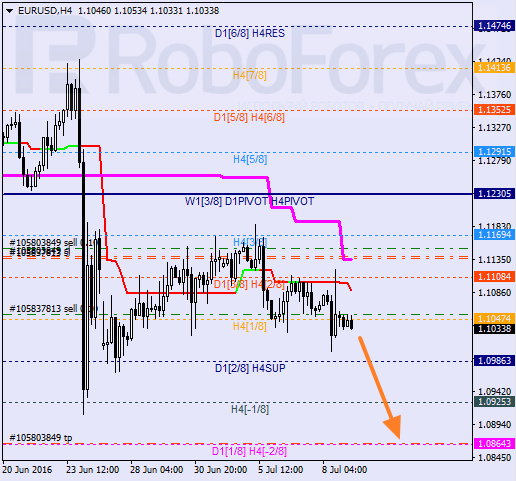 For the last days, the pair has formed double pullback from 4-hour SuperTrend line and mark 2/8that indicate the possibility of resuming of declining. The next aim is level -2/8, breakage of which will result in upgrade of Murray’s indications on the chart. 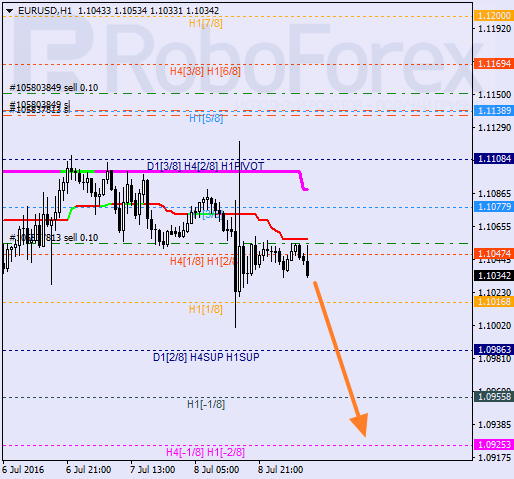 On the 1-hour chart, level 4/8, resists against bulls that return market under SuperTrend line. Apparently, in the next hours, there will be breakage of local minimum that may result in overcoming of mark 0/8 and further declining of the pair in the "overselling area". 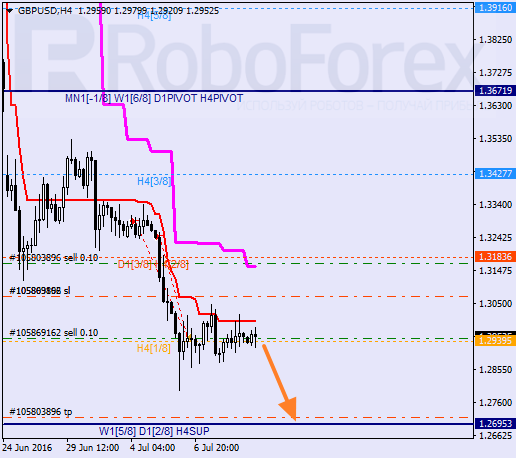 Pound is still consolidating under the 4-hour SuperTrend. So later on testing of 0/8 level is possible, pullback from which will be a signal of beginning of upward correction. But if mark 0/8 is broken, then the continuation of the pair declining is possible. 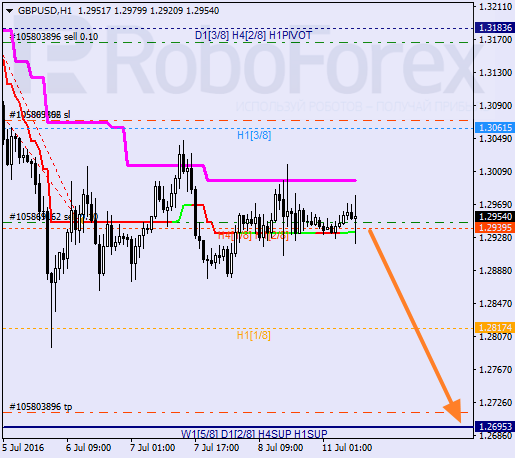 It is clear on the 1-hour chart that pullback from level 1/8 resulted only in flat between SuperTrend lines. So the possibility of further pair declining is kept. It is not excluded that past week minimum will be broken during the Monday.