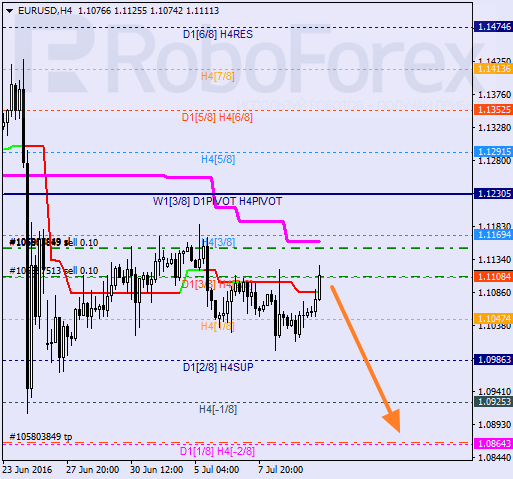 For Euro US Dollar pair, correction is continuing its formation. Price tests again stiffness of mark 2/8. If later pullback comes from that mark and price fix under 4 hour SuperTrend line, then it will point out possibility of resuming of declining toward level -2/8. 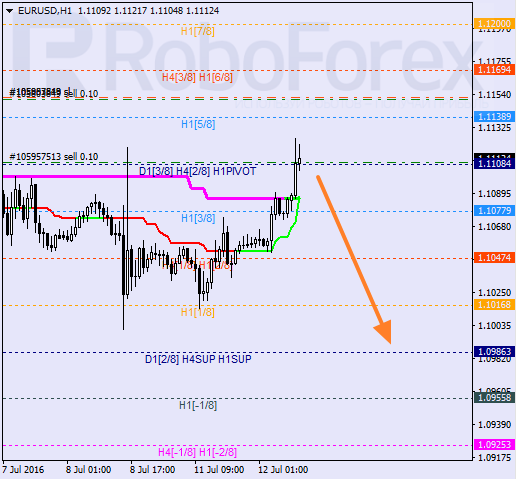 On 1 hour chart, market tries to form pullback from Murray's mark 4/8. If price does not fix above that level and under SuperTrends lines, then beginning of new coil of the pair declining is possible. In this case, the nearest goal is level 0/8, breakage of which will open the prospect of deeper market's declining. 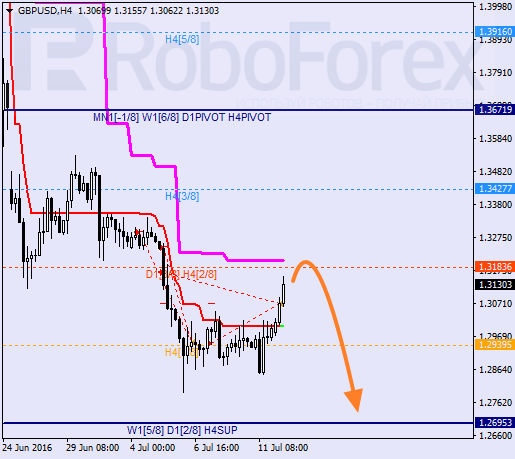 Apparently, in the nearest time Pound will test SuperTrend line and Murray's mark 2/8. In case pullback from these levels, resuming of declining and further test of mark 0/8 are possible and further beginning of upward correction from that mark is possible as well. 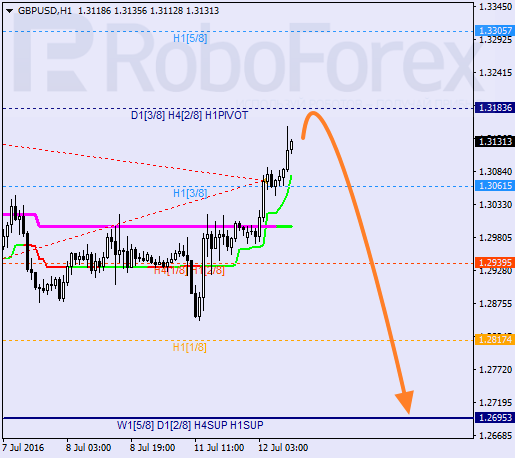 On 1 hour chart, the pair comes to 4/8. If later pullback forms from that mark and price fix under level 3/8 it will point out possibility of bears returning to the market that will be confirmed by breakage of SuperTrend lines.