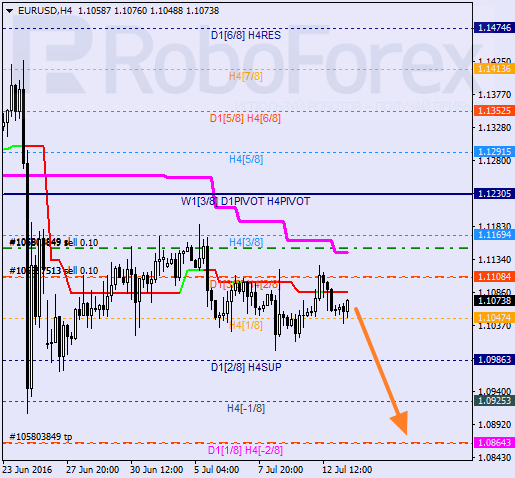 Pair is traded again under 4 hour SuperTrend. More over, pullback from Murray's mark 2/8 was formed. So, in the short term, resuming of market declining towards -2/8 mark is possible. 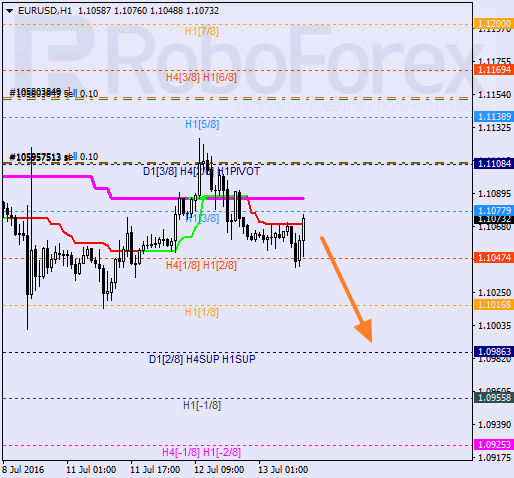 On 1 hour chart, SuperTrends lines formed "bearish cross". Earlier, we saw pullback from 4/8 mark towards current declining. If during the day price is under 3/8 level, way for further declining towards 0/8 will be opened. 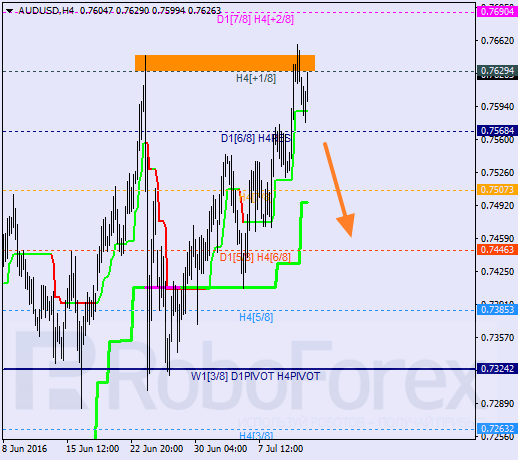 It is quite interesting situation for AUS Dollar, because price formed double pullback from level 1/8 Then, if further we see breakage and price fixed under 0/8 mark, resuming of the pair declining will be possible. 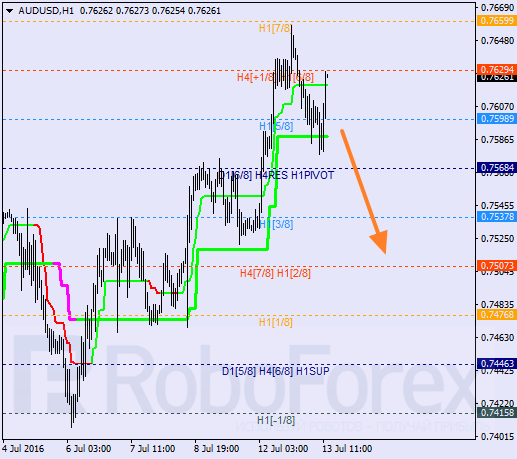