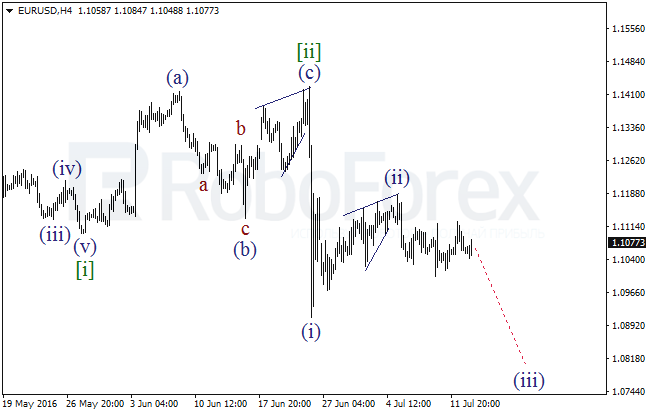 Bearish marking for Euro is still actual. Apparently, earlier wave (ii) was completed as zigzag. So, in the short terms, further quotation dropin the frameworks of wave (iii) is possible. 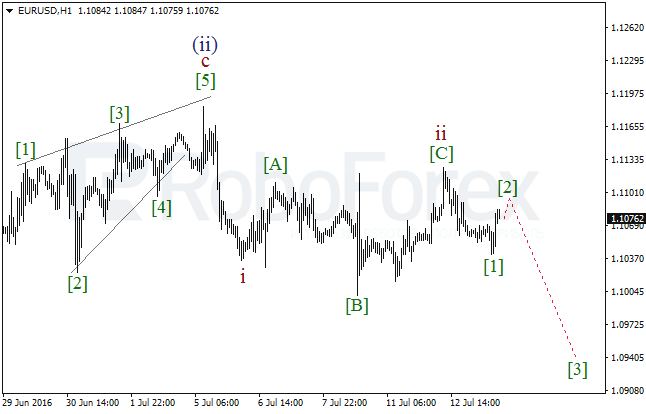 On 1 hour chart, more detailed marking is shown. Supposedly, recently wave [C] of ii was completed and subsequently we got declining impulse in wave [1]. After finish of local correction the beginning of pair declining in the third wave is possible. 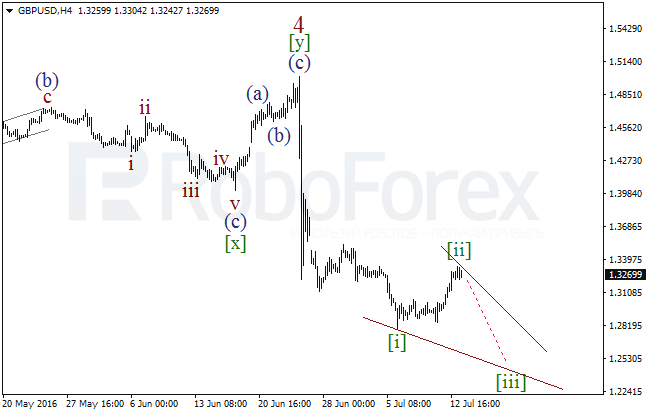 It is quite likely that for Pound-Dollar pair formation of diagonal triangle is continued, in the frameworks of which the second wave is about to finish. So, in the short terms, resuming of declining in wave [iii] is possible. 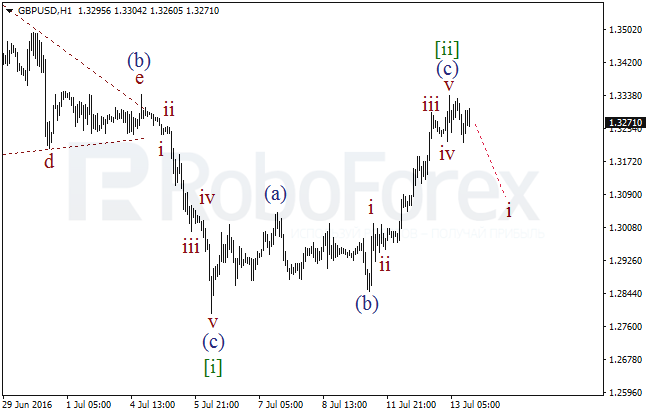 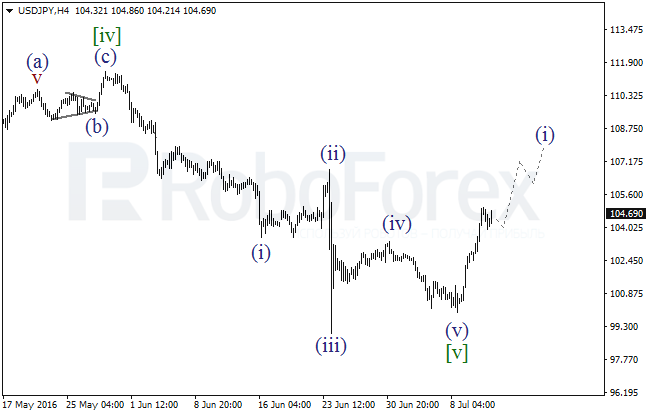 As it shown on marking of 4 hour chart, formation of wave (i) is continued. Earlier, declined impulse in wave [v] was completed. Then, in the short terms, further formation of ascended impulse is possible. 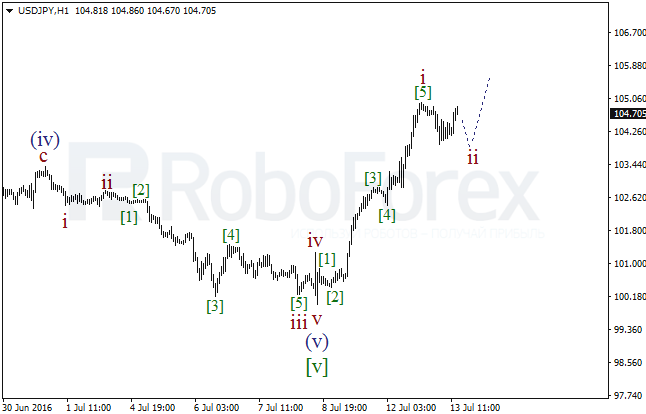 On 1 hour chart, impulse wave i is about to be completed that open the prospects for development of local descended correction. Subsequently upon its completion, the begining of pair growth in wave iii of (i) is possible. 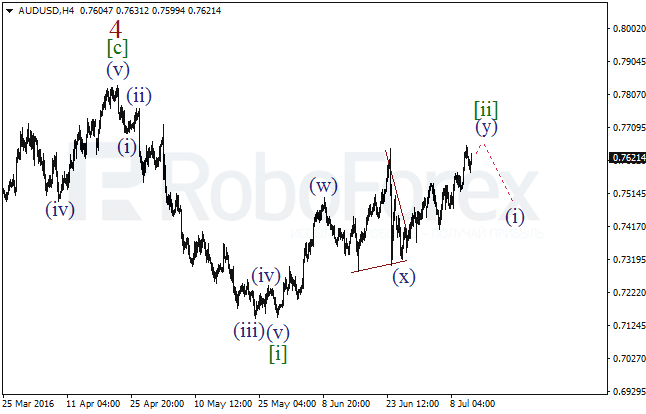 Apparently, wave [ii] for AUS Dollar is about to be completed. Form of correction is still quite difficult, maybe it is a double zigzag. The beginning of pair descending will be confirmed by bearish impulse in wave (i). 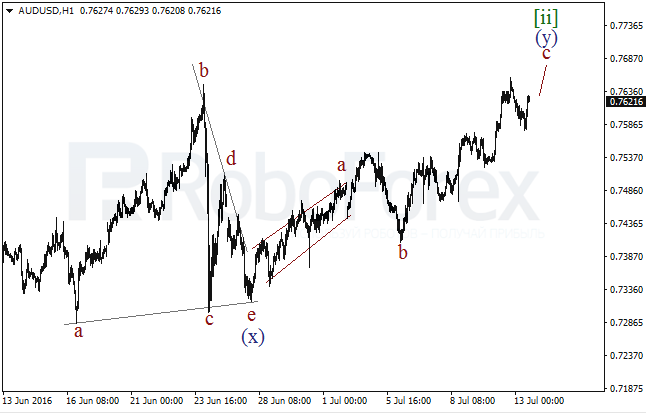 On 1 hour chart, continuation of impulse wave с of (y) is still possible. Upon it will be completed and we will get descended impulse in wave i, returning of the market to descending and formation of new impulses will be possible.