Analysis of Ichimoku Indicator on July 14, 2016 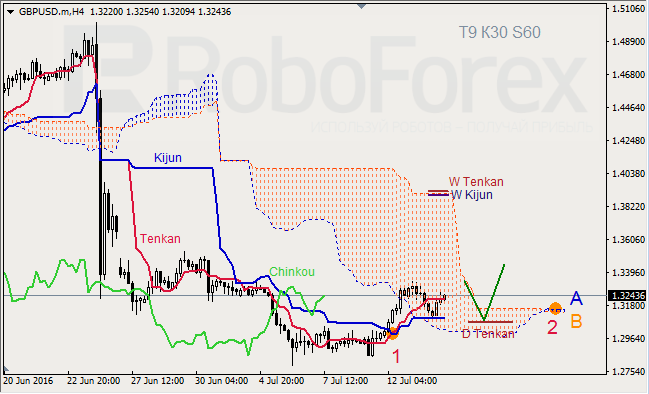 GBPUSD, ТF Н4. Indicator's Signals: Tenkan-Kijun is under influence of "golden cross" (1), Kumo is kept closed (2), the late Chinkou line is above the chart, price is in cloud, on Tenkan. Resistance of the top border of the cloud and support of Kijun - D Tenkan are could be expected. 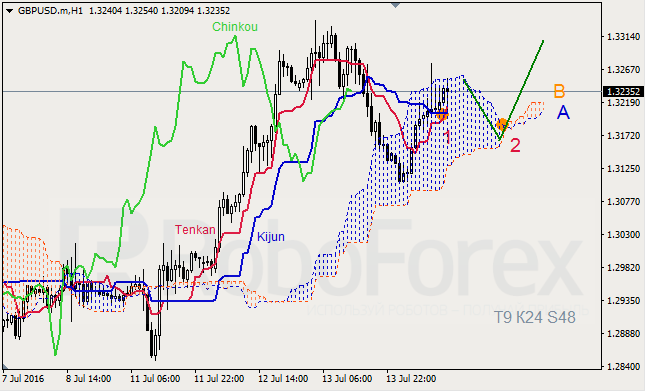 GBPUSD, ТF Н4. Tenkan-Kijun merged in Kumo (1), Tenkan and Chinkou A are directed to the up, the cloud is descending (2), but is not broaden, the late Chinkou line is on chart, price is in Kumo. For the short term, resistance of Chinkou A and support of Chinkou B are could be expected. 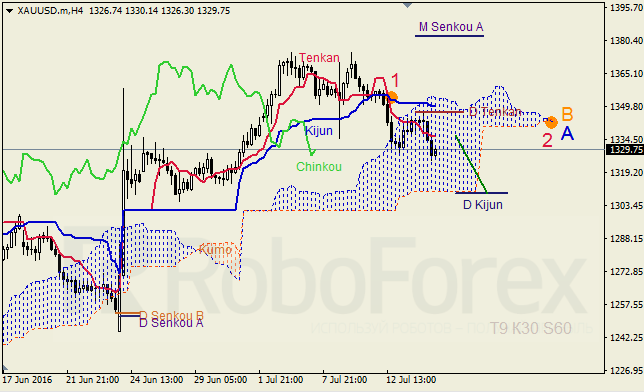 XAUUSD TF Н4. Indicator's Signals: Tenkan and Kijun are separated above Kumo as "dead cross" (1), cloud is closed (2), the late Chinkou line is under the chart, price migrates in Kumo. Resistance of Tenkan and price descending in the cloud to lower border and D Kijum are could be expected.