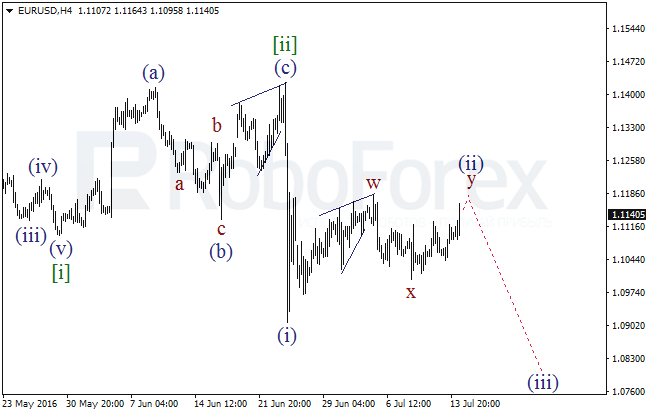 Apparently, formation of corrected wave (ii) is continuing as double three. In the short terms, completion of wave y is possible that may result in the beginning of the pair descending in the third wave. 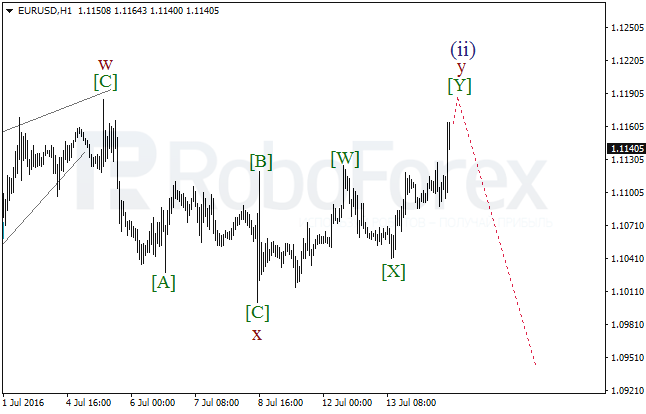 On 1 hour chart, more detailed marking of current price movement is shown. Supposedly, double zigzag in wave y of (ii) is about to be finished. Formation of descending impulse will confirm resuming of the pair descending. 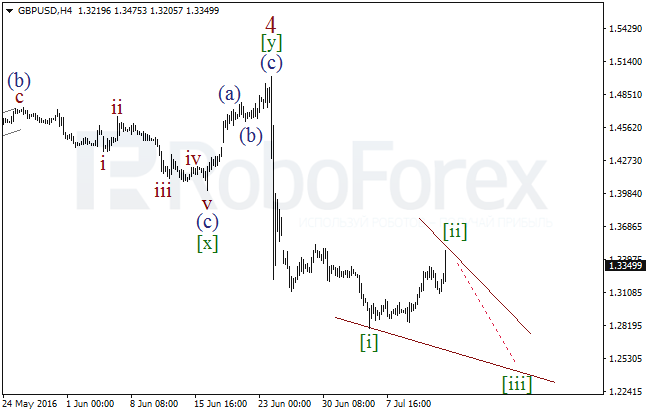 For Pound-US Dollar, formation of diagonal triangle is continued, in the frameworks of which the second wave is about to be finished. So, in the short terms resuming of descend in wave [iii] is possible. 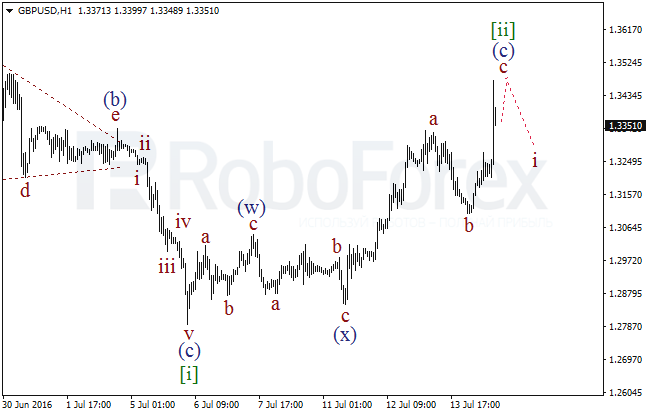 It is seen on 1 hour char that wave [ii] takes the look of double zigzag In the short terms, completion of wave с of (с) is possible that will indicate the possibility of the beginning of formation of wave i of (iii). 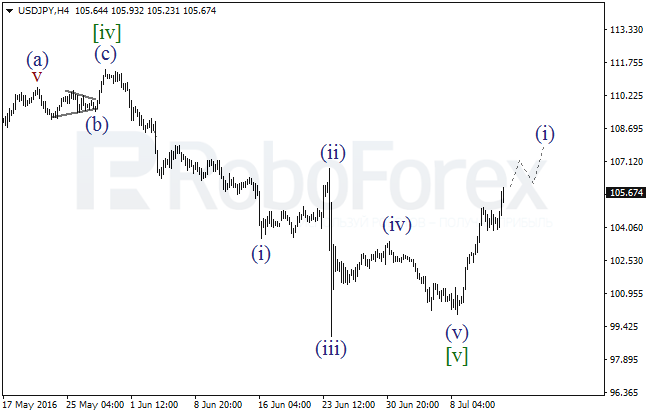 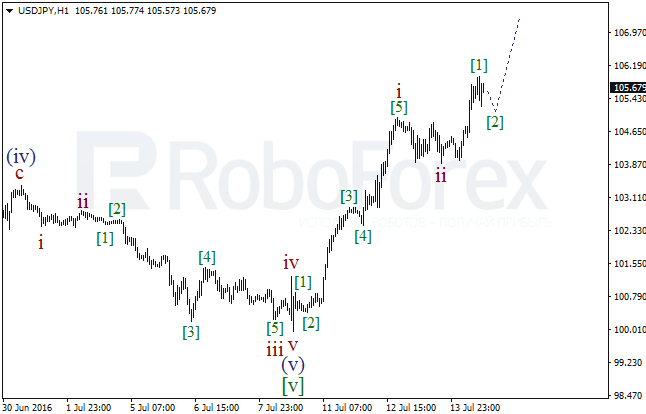 On 1 hour chart, after completion of wave ii, ascending impulse in wave [1] was formed. So, upon completion of local correction the beginning of the pair growth in wave [3] of iii is possible. 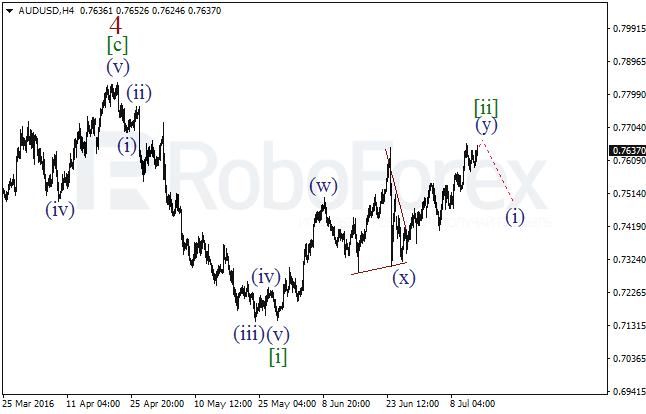 Form of completed wave [ii] is still quite difficult - maybe is double zigzag. Formation of bearish impulse in wave (i) will confirm the beginning of the pair descending. 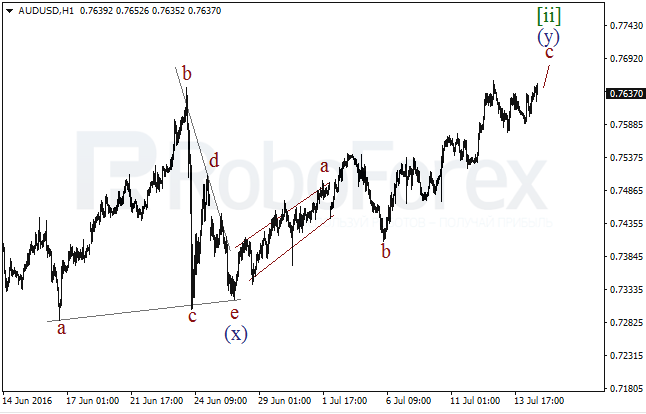 On 1 hour chart, continuation of impulse wave с of (y) is still possible. Upon its completion, we will get descending impulse in wave i and market returning to descending and formation of new minimums will be possible.