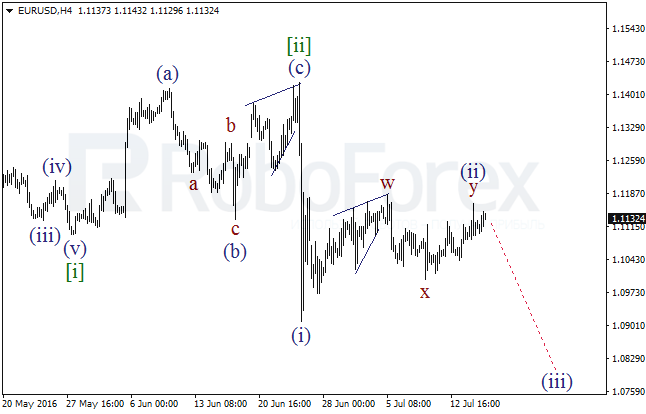 Apparently, for Euro-US Dollar corrected wave is finished (ii) taking look of double three. So, soon it is possible that the pair will begin to descend in wave (iii) that will be confirmed by formation of descending impulse in its structure. 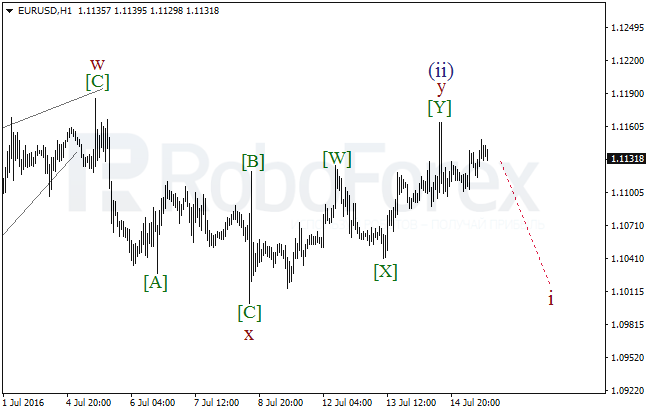 On 1 hour chart, more detailed marking is shown. Supposedly, in the frameworks of wave y of (ii) double zigzag was finished. And markat may descend in wave i of (iii). 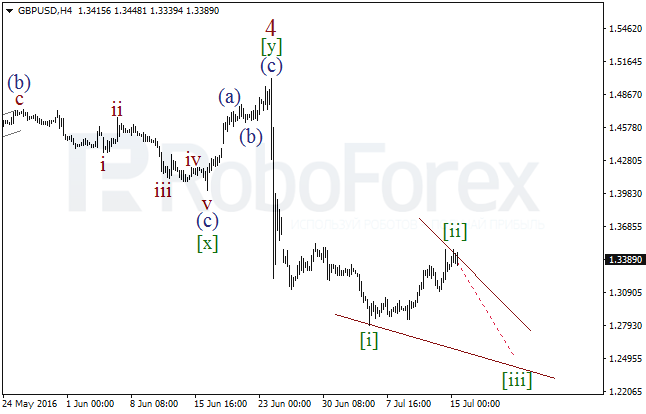 Supposedly, for Pound diagonal triangle in wave 5 is forming. On younger wave level, the second wave may be considered as completed that open prospect for market descending in the frameworks of wave [iii]. 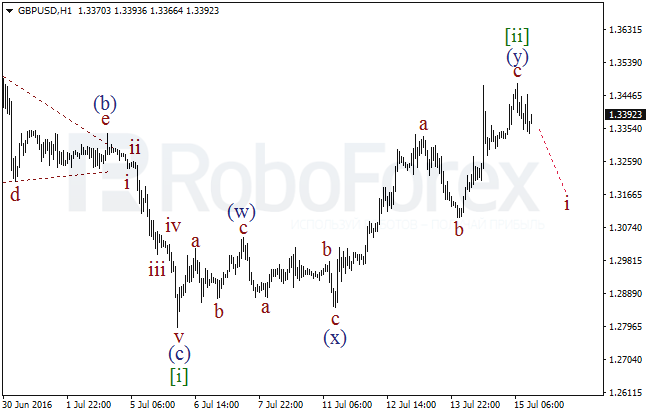 As it shown on marking of 1 hour chart, wave [ii] took the look of double zigzag. It is quite likely that formation of descending wave i is already began that soon may lead market to row of new minimums. 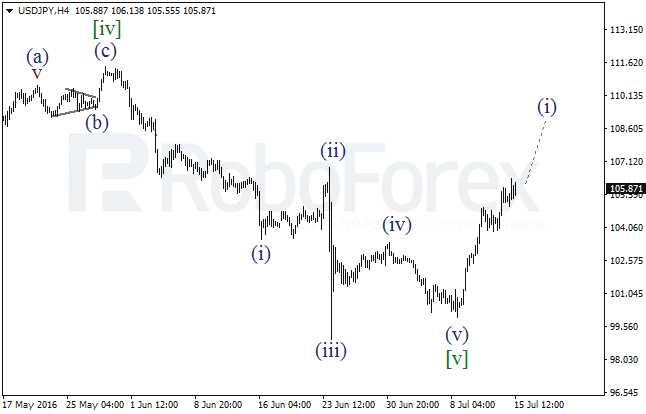 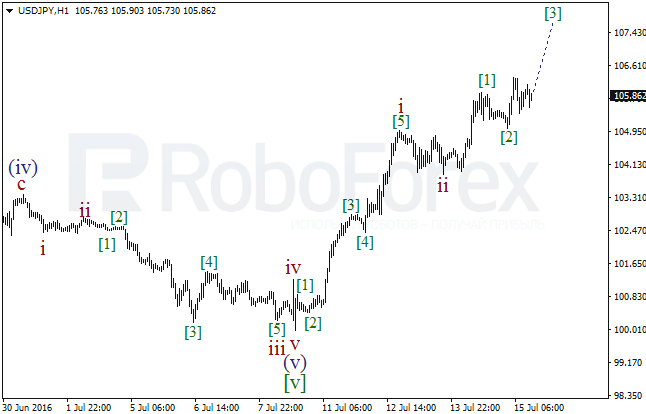 On 1 hour chart, recently wave [2] of iii was completed that open prospect for further growth of qoutation. Subsequently, in the short terms the pair may bagin to rise in the third wave. 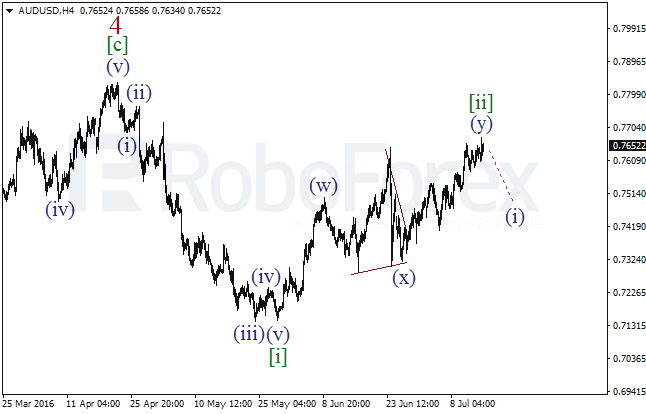 The main scenario is still wave [ii] completion as double zigzag. Inner structure of that correction already allows its completion that make possible that soon market will descend in wave (i) of [iii]. 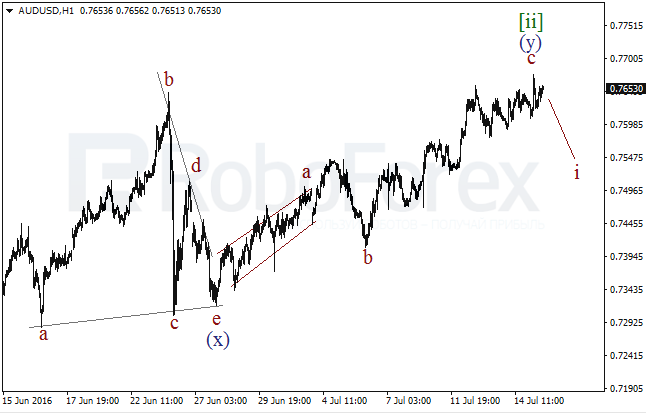 As it seen on marking of 1 hour chart, wave с of (y) is completed. Along with that, due to complexity of wave structure it is necessary to wait confirmation of bears returning as formation of impulse in wave i.