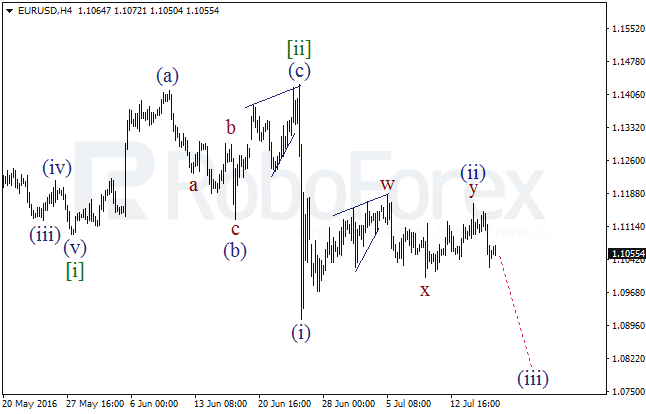 Supposedly, wave (ii) on Euro-US Dollar was completed as double three that corrected earlier descending impulse in wave (i). So, during the week, the pair descending in the third wave is possible. 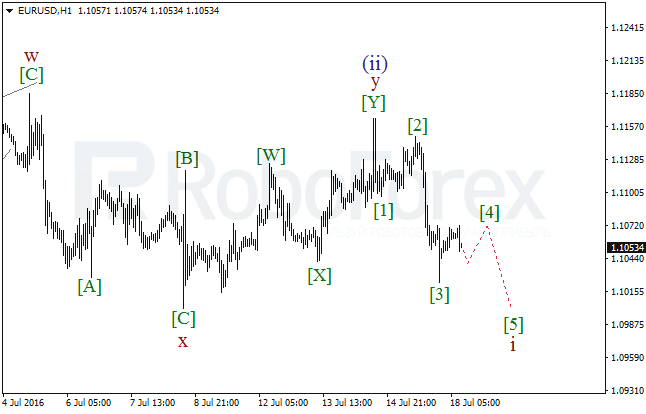 On 1 hour chart, more detailed marking is shown. In the last Friday, we got sharp descending in wave [3] that subsequently resulted in local correction. Further, after completion of the fourth wave, market descending in wave [5] of i will be possible. 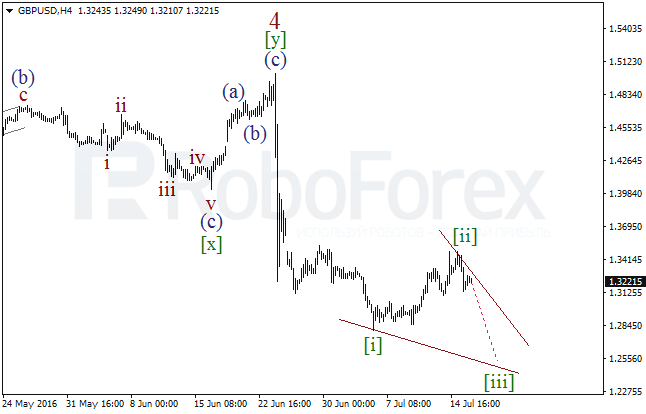 Apparently, in the frameworks of wave 5 diagonal triangle is forming. On the last week, apparently, wave [ii] was completed that open the prospect of resuming of Pound descending in wave [iii] of 5. 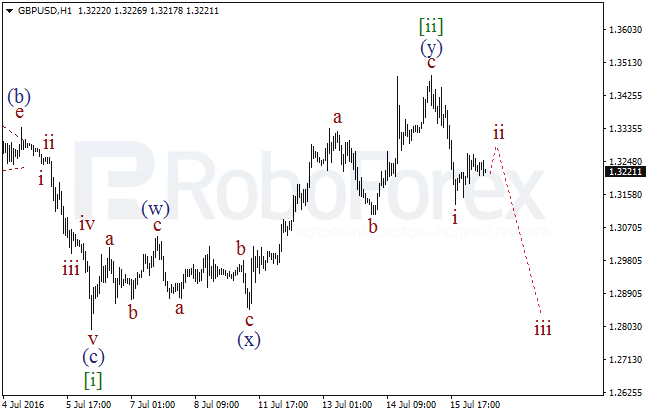 As it shown from marking of 1 hour chart, wave [ii] took the look of double zigzag. Subsequently, on the younger wave level, descending impulse in wave i was formed. And after completion of local correction, the pair descending in the third wave is possible. 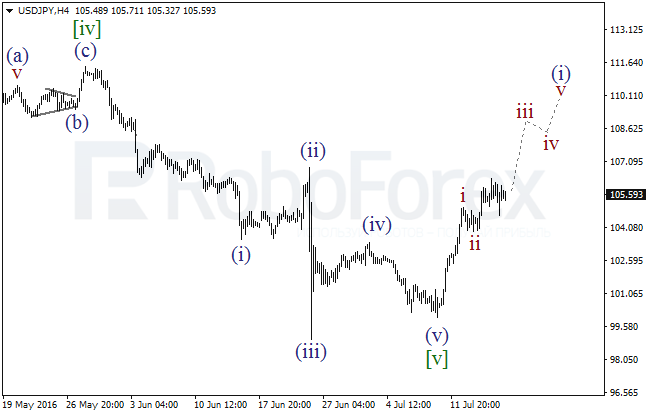 Very weak descending impulse in wave (v) of [v] resulted in rush growth in the frameworks of supposed wave (i). During the nearest week, further acsending of quotations in wave iii is possible that soon may result in new highs. 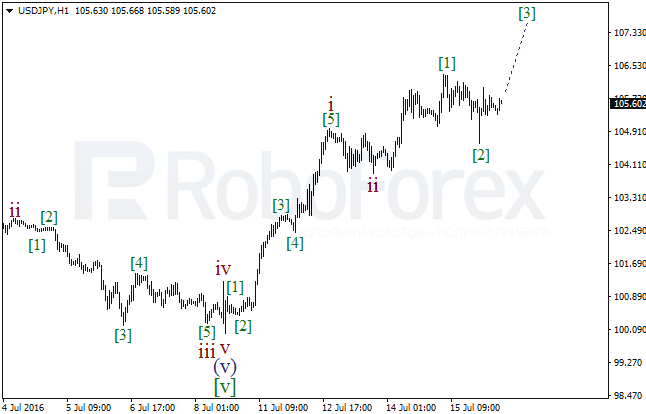 It is seen on 1 hour chart that two the first waves with different levels were formed. Supposedly, wave [2] is already completed that soon may result in growth of the pair in the frameworks а wave [3] of iii. 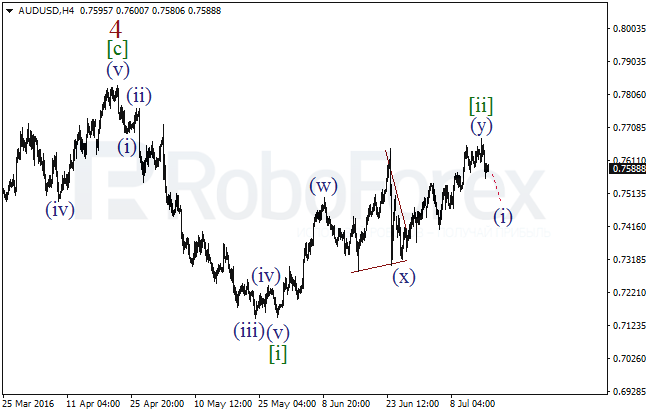 Apparently, on the last week, wave [ii] was completed taking the look of double zigzag. Currently, descending impulse in wave (i) is forming, successful completion of which confirms marker returning to descending. 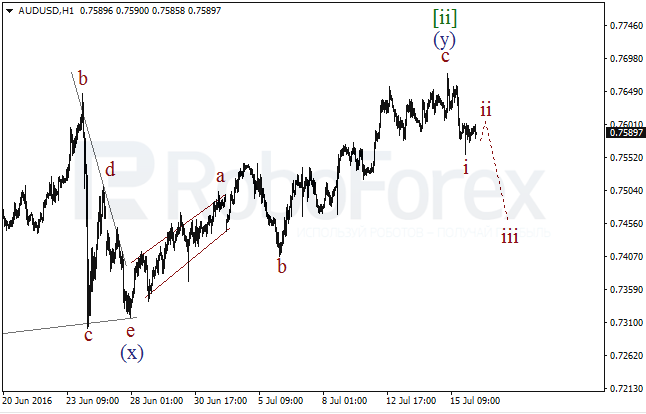 More detailed marking of current price movement is shown on 1 hour chart. In the last Friday, bearish impulse in wave i was completed that turned on the beginning of local correction. In the nearest hours, its completion and the pair descending in wave iii of (i) are possible.