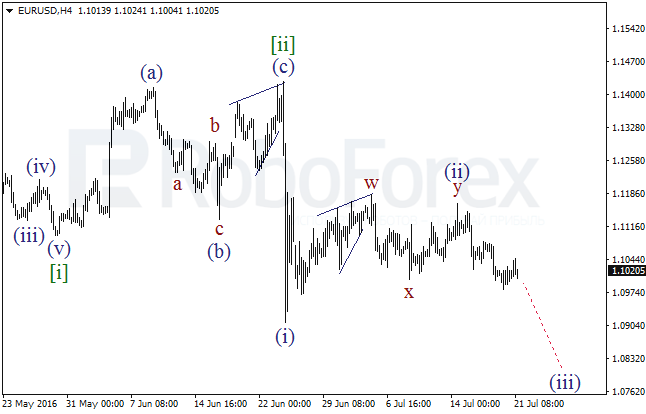 Euro-US Dollar continue to descend in the third wave. Earlier wave (ii) was completed as double three that corrected descending impulse in wave (i). So for the short term further market drop in wave (iii) is possible. 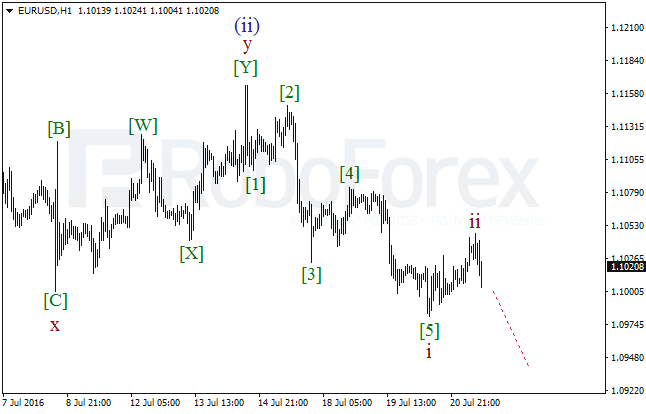 More detailed marking is shown on 1 hour chart. Apparently, in the beginning of week we got descending impulse in wave i. Subsequently, pair went to correction that may be considered as completed that opens prospect for resuming of descending. 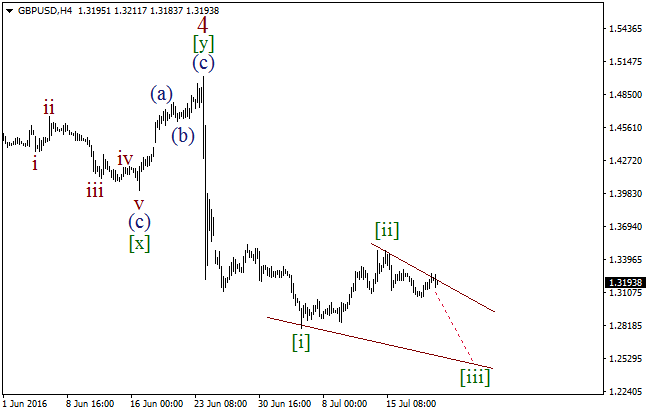 Marking with forming diagonal triangle is stand the main scenarion for Pound. Supposedly, the second wave is completed within this model that may possible the market reducing towards last low. 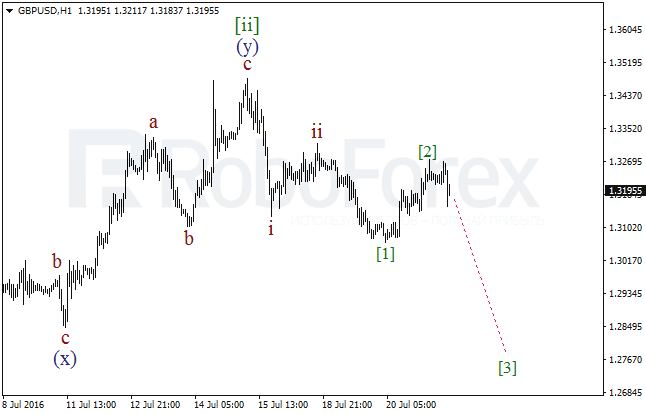 As it shown on marking of 1 hour chart, after completion of wave [ii] as double zigzag, two first waves with different wave levels were formed. And for the short terms beginning of the pair descending in wave [3] of iii is possible. 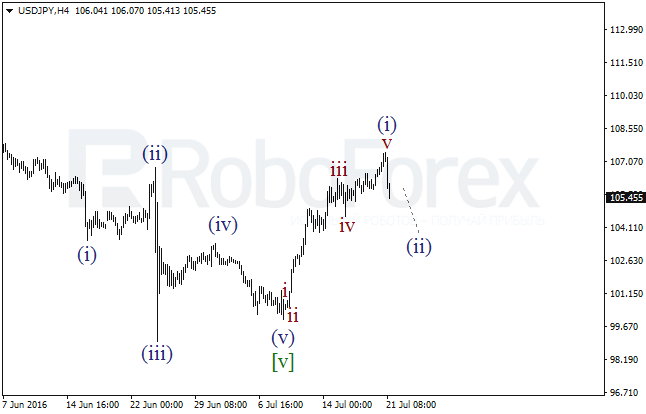 For Japanese Yen, supposedly, formation of ascending impulse in wave (i) is completed. Earlier wave [v] cut in the fifth wave was formed. It is quite likely that for the short term we will see development of local correction. 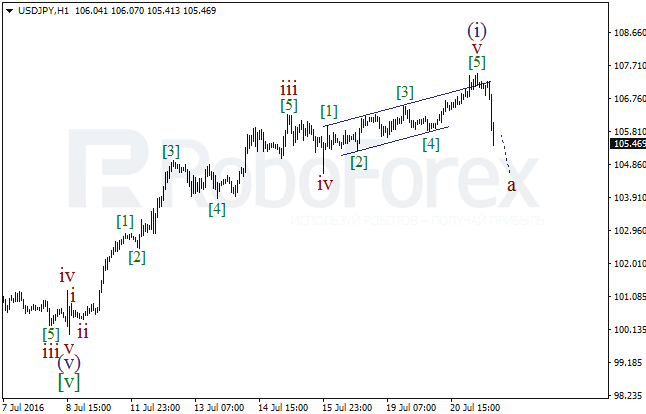 Wave structure in wave (i) is shown more detailed on 1 hour chart. Supposedly wave v is formed as diagonal triangle. Most likely that we will see completion of wave a and beginnig of local correction during the day. 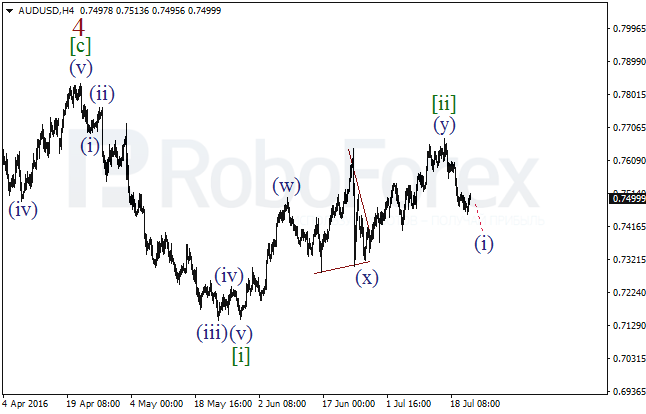 Apparently that for Australian Dollar descending impulse in wave (i) is forming after completion of wave [ii] as double zigzag. It is not excluded that for the short term price reducing will continue further. 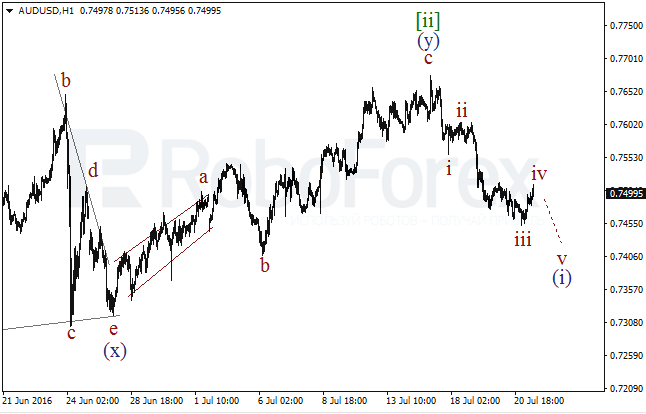 More detailed marking of current price movement is shown on 1 hour chart. Apparently wave (i) is not completed yet. So after completion of local correction, pair descending in wave v of (i) is possible.