In case of the EUR/USD pair, the chart structure has been changed. It looks like the price has completed the wave [iv] inside the diagonal triangle. Possibly, in the nearest future the market may resume falling. 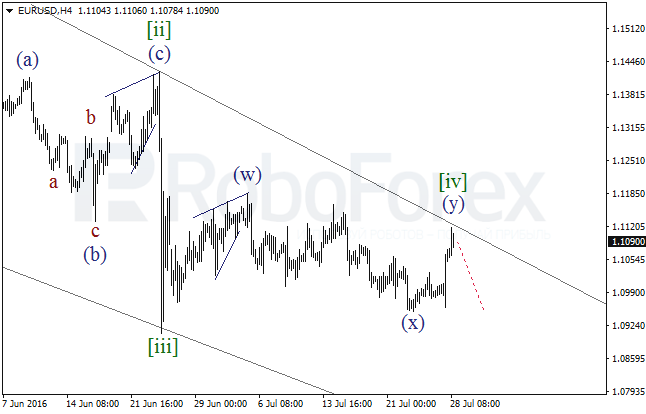 As we can see at the H1 chart, the wave [iv] has been finished in the form of the double three. On the minor wave level, the price completed the double zigzag in the wave (y). In the nearest future, the market may form a new bearish impulse. 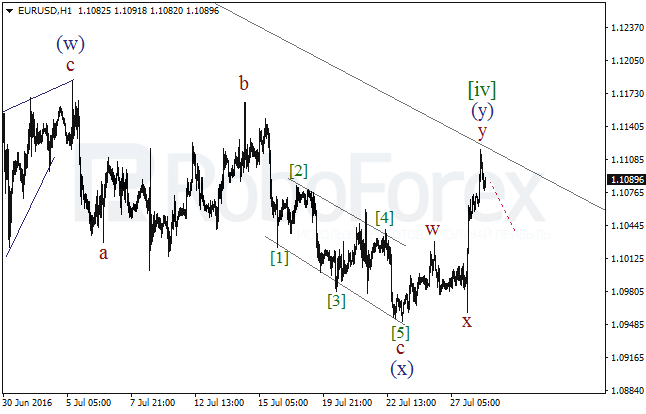 In case of the GBP/USD, the chart structure remains the same so far. Probably, the pair is forming the wedge in the wave 5. It’s highly likely that in the future the market may continue falling in the third wave. 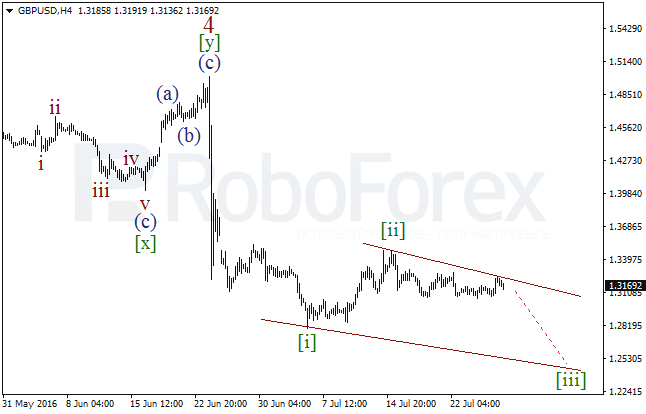 The structure of the H1 chart is rather controversial. Possibly, the wave [2] of iii has taken the form of the double three, but such patterns rarely occur in second waves. This is why one should wait for the pair to form the first wave in the wave [3], thus confirming a new descending movement. 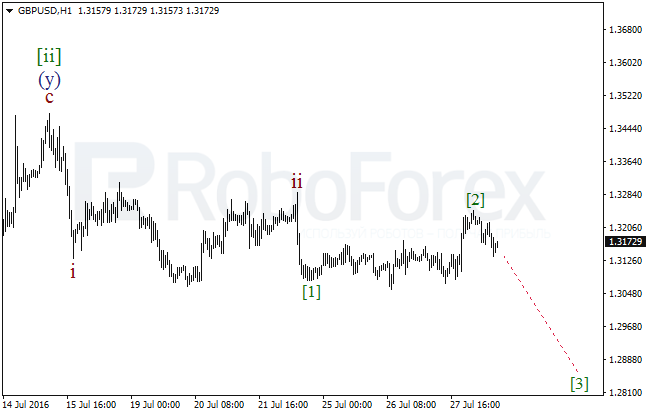 The USD/JPY pair completed the wave (ii) and then started growing fast. Earlier, the price formed the ascending impulse in the wave (i), which means that it may form another bullish impulse, probably in the wave (iii). 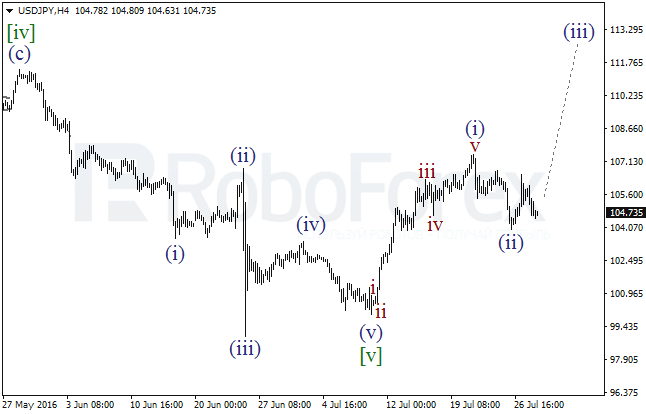 As we can see at the H1 chart, the wave (ii) took the form of the zigzag and the price formed the bullish impulse in the wave i. As a result, after finishing the local correction, the market may resume growing. 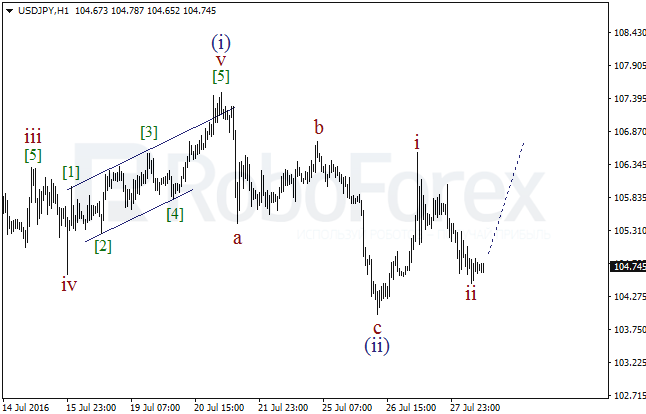 After finishing the descending wave (i), the AUD/USD pair has started a new correction. Later, after completing the wave (ii), the price may start falling in the wave (iii) and reach several new lows. 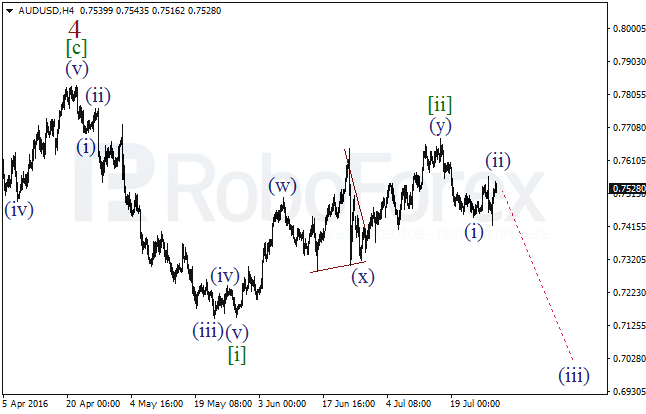 Probably, the wave (ii) has been completed in the form of the flat. On the minor wave level, the price has formed the descending impulse in the wave c. Consequently, in the nearest future the market may fall in the wave i of (iii). 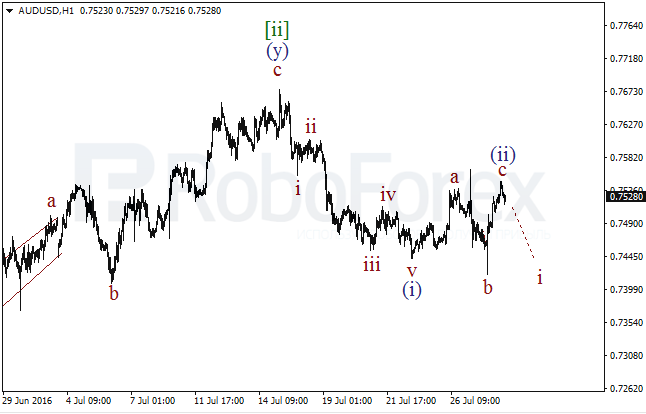