Bears broke the triangle, which means that the downtrend may continue. It looks like the EUR/USD pair is forming the descending impulse [i] and may soon finish the third wave inside it. During the day, the correction may take place, but later the market is expected to resume falling in the wave (v) of [i]. 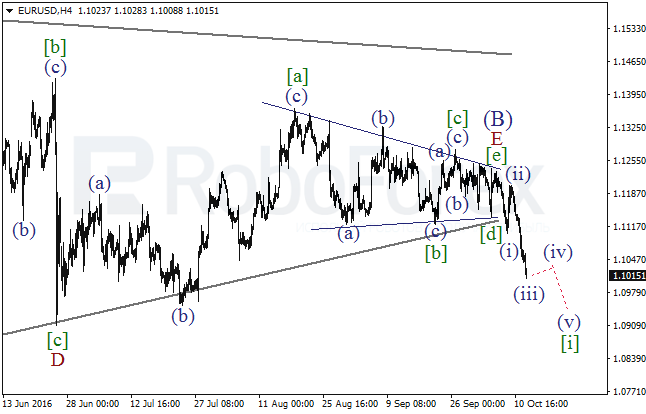 More detailed structure is shown on the H1 chart. Probably, the pair is about to complete the third wave in the wave (iii). Consequently, during the day the market may be corrected to the upside in the wave (iv) of [i]. 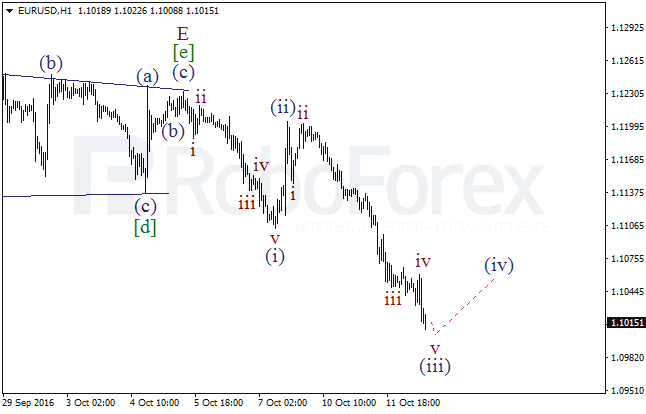 The GBP/USD pair continues forming the extension in the wave [iii]. Earlier the price quickly formed the impulse in the wave (iii) and then the wave (iv). It’s highly likely that in the nearest future the market may continue falling while forming the wave (v) of [iii]. 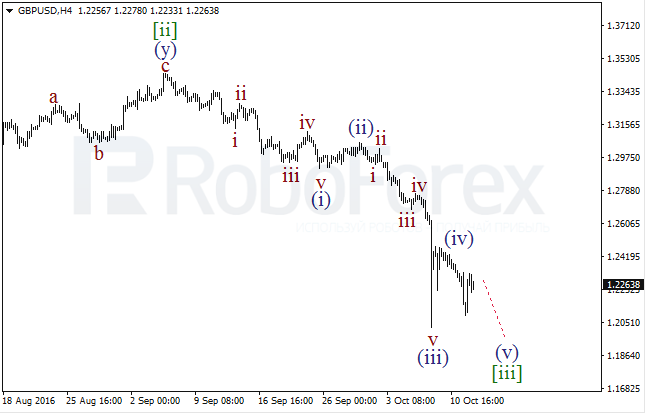 As we can see at the H1 chart, after finishing the triangle in the wave (iv), the price formed a new descending impulse, which may be considered as the wave i of (v). As a result, later the market may resume its descending movement in the wave iii of (v). 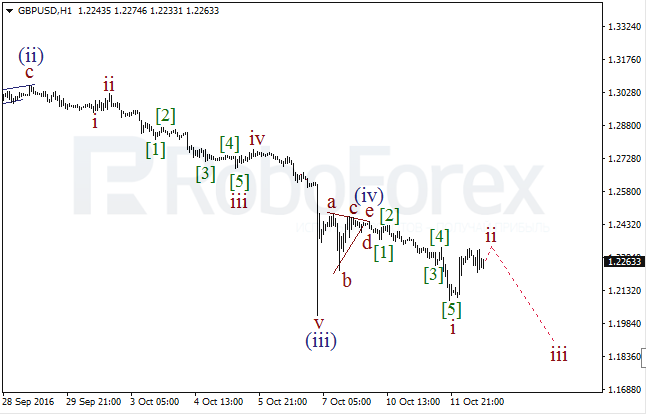 The USD/JPY hasn’t broken the Moving Average to the downside yet, but the main scenario remains the same and implies that the price is forming the triangle. Consequently, in the nearest future the market may form the descending wave (d) of [iv]. 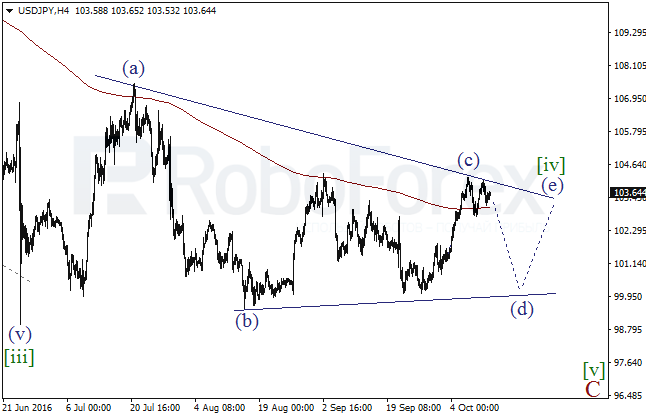 At the H1 chart, the pair formed two descending impulses, thus indicating the beginning of the wave a of (d). Earlier, the price had formed the double zigzag in the wave (c) of [iv]. As a result, on Wednesday the market may resume moving downwards and break the local low. 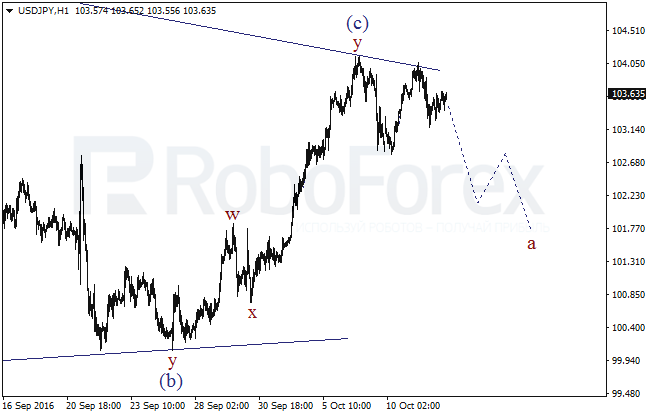 The AUD/USD pair is still forming the triangle, which may yet continue for a while. Consequently, if the price rebounds from the pattern’s downside border, it may start a short-term growth in the wave (c) of [e]. However, if the market breaks the pattern after all, it may resume falling in the wave 5. 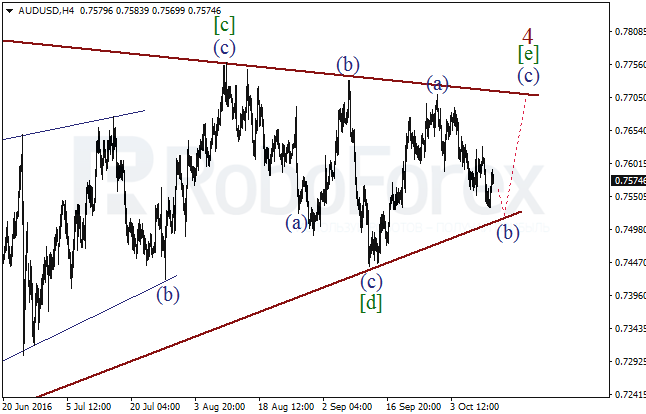 More detailed structure is shown on the H1 chart. It’s highly likely that in the nearest future the market may continue forming the wave c of (b) and test the triangle’s downside border. The future scenario depends on how the pair will move there. 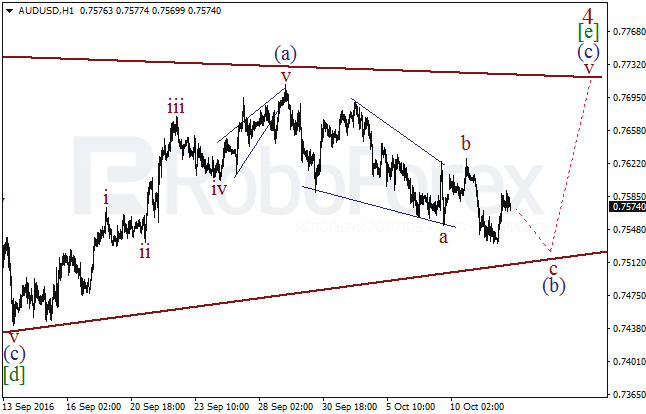