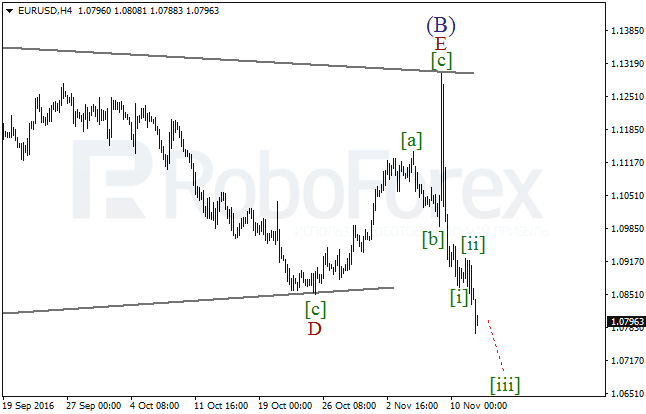 As we can see at the M15 chart, the price completed the wave [ii] in the form of the double three. Right now, the pair is forming the descending impulse in the wave (i), which may be completed during the day. As a result, later the market may start a new local correction. 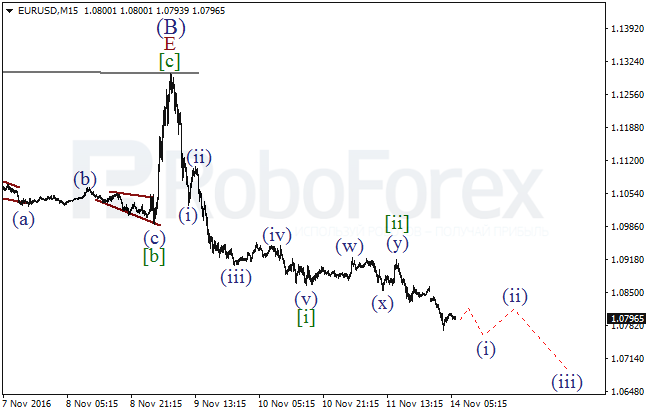 It’s highly likely that the pair completed the ascending impulse [c] inside the flat [iv]. To confirm a new decline, the market has to form the bearish impulse in the wave (i). 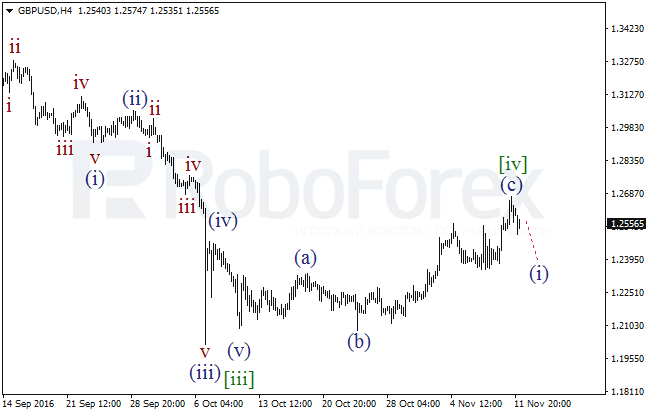 More detailed structure is shown on the H1 chart. Probably, after finishing the wave v of (c), the pair formed the bearish impulse in the wave i. After completing the local correction, the market may start falling in the wave iii of (i). 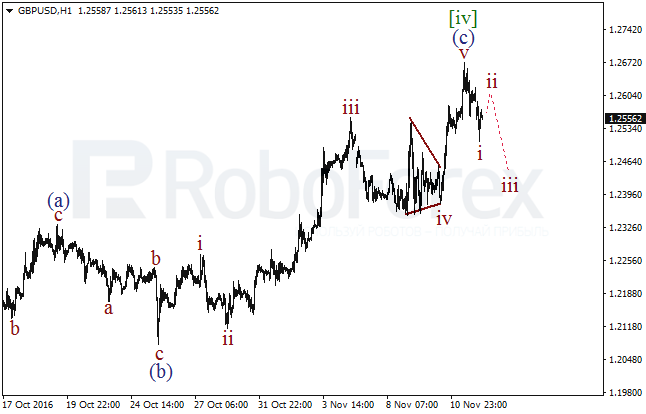 Probably, the USD/JPY pair is about to complete the double three in the wave [iv]. On a shorter timeframe, the price is finishing the bullish impulse in the wave c of (y). Consequently, in the nearest future bears may try to reverse the market to the downside. 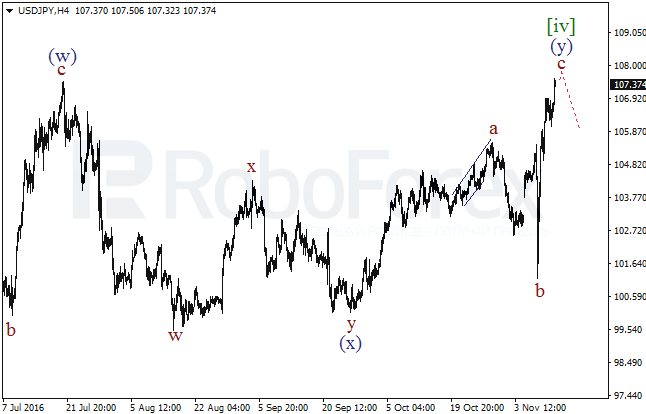 More detailed structure is shown on the M15 chart. It looks like the pair is completing the fifth wave in the wave c. If later the price forms a new descending impulse, the market may finish the wave (y) of [iv]. 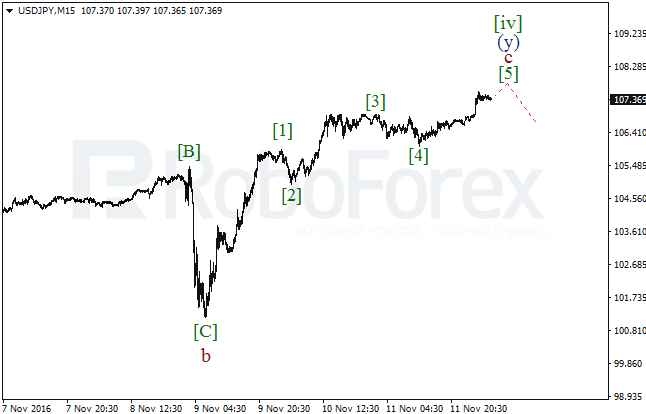 The form of the wave 4 isn’t clear yet. Possibly, the AUD/USD pair completed the correction in the form of the double three. Consequently, during the next several weeks the market may start a new decline in the wave 5 of (3). 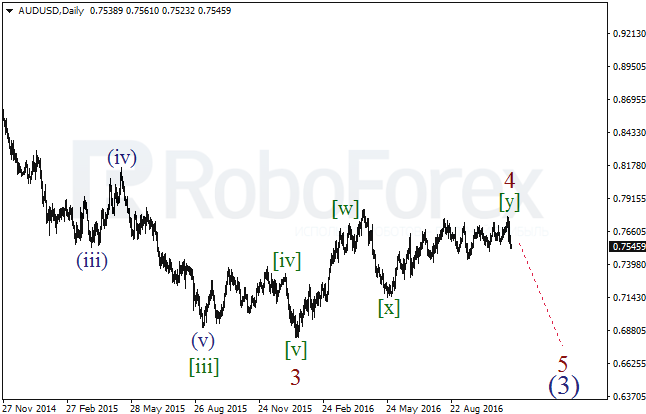 As we can see at the H4 chart, the pair probably completed the diagonal triangle in the wave (c) of [y] and then rebounded from the pattern’s upside border, thus starting the wave (i), which may continue during the day. 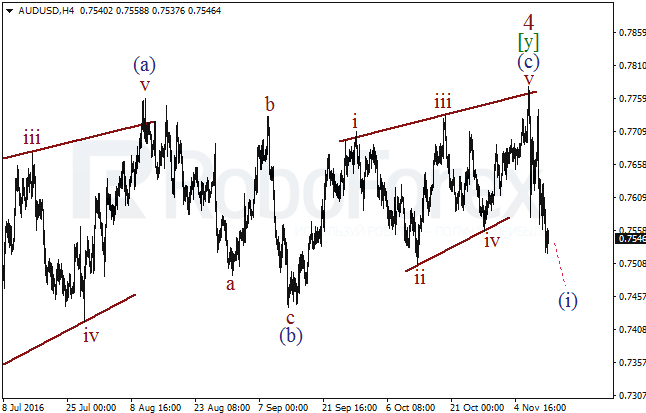 As we can see at the M30 chart, the pair is forming the fourth wave of the extension in the wave iii. After completing the local correction, the price may start a short-term decline in the wave [5] of iii. 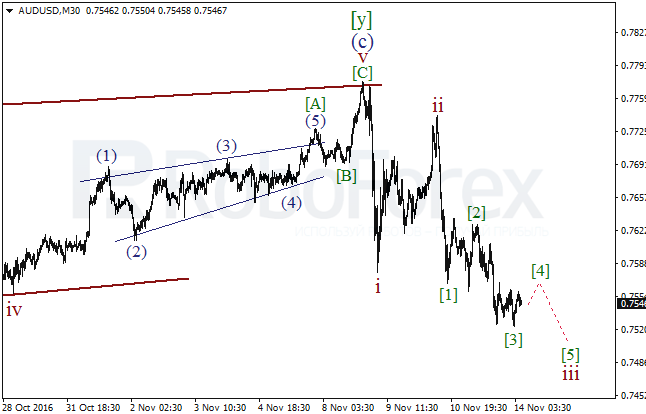