The EUR/USD pair is still being corrected. It looks like after finishing the wedge in the wave [a], the price started forming the correctional wave [b]. It’s highly likely that later the market may resume growing and form the ascending impulse in the wave [c] of 2. 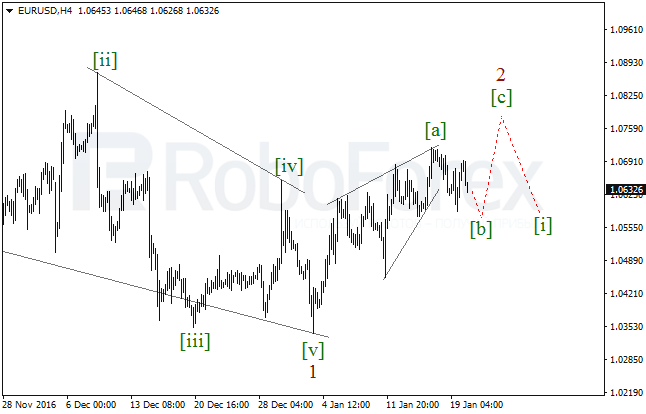 More detailed structure is shown on the H1 chart. Probably, the pair finished the wave (b) in the form of the flat and may start a short-term decline in the wave (c) of [b]. To confirm the wave [c] of 2, the market has to form the ascending impulse inside it. 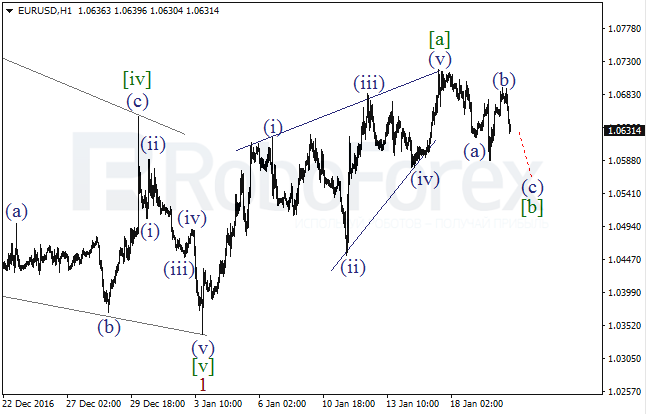 Probably, the wave (v) of [v] is taking the form of the diagonal triangle. It’s highly likely that the pair completed the second wave inside the above-mentioned pattern and right now is forming the third one. As a result, in the nearest future the market may continue falling. 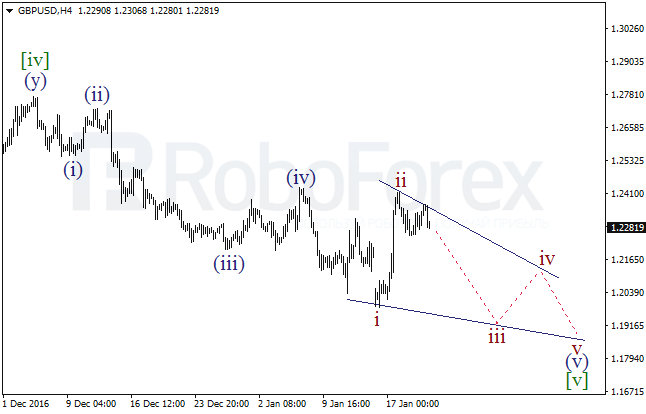 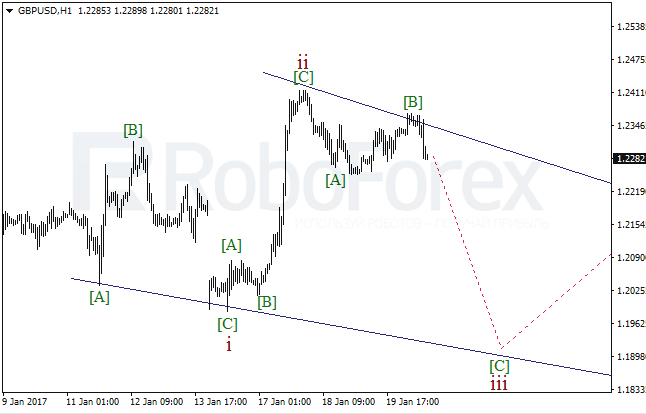 Possibly, the wave 2 took the form of the zigzag with the diagonal triangle [c] inside it. As a result, during the next several days the market may move upwards in the wave [i] of 3. 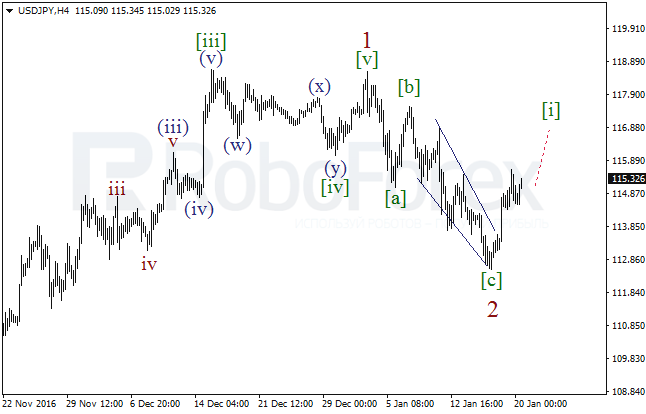 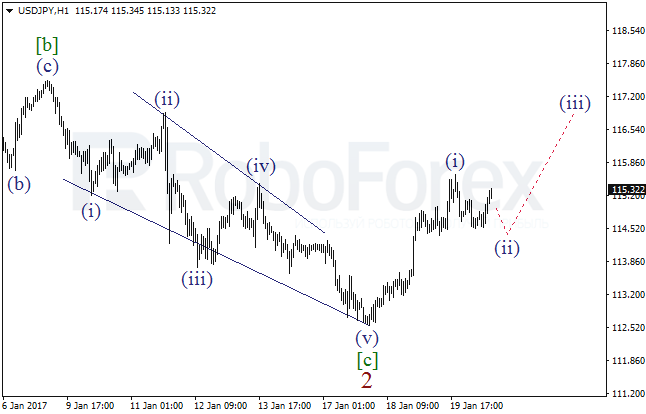 Probably, the AUD/USD pair completed the wave [ii] in the form of the double zigzag. To confirm a new decline, the price has the descending impulse. 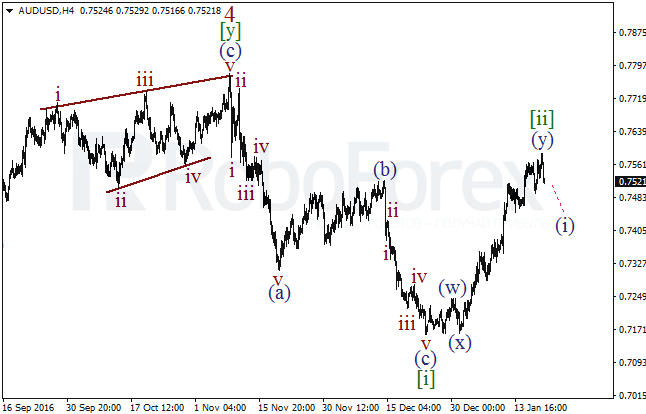 As we can see at the H1 chart, the wave [5] of c took the form of the diagonal triangle. Consequently, on Friday the pair may form the descending impulse in the wave i, which may later be followed by new local correction. 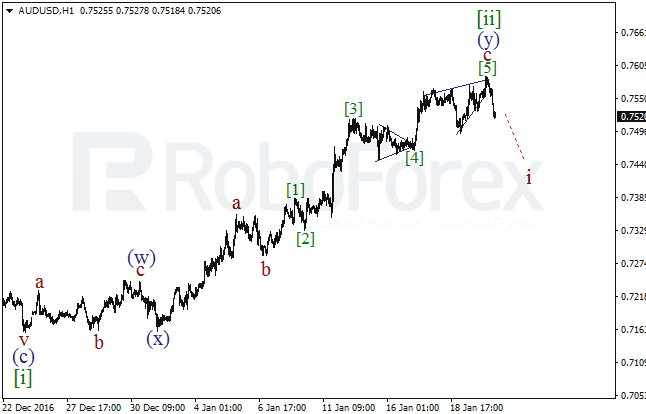