EUR USD "Euro vs US Dollar" 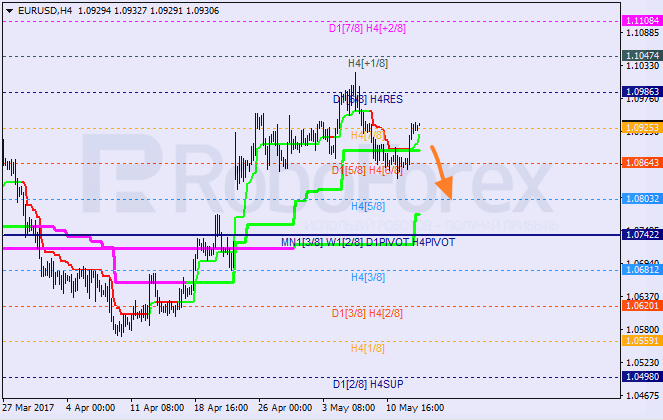 Last Friday the market failed to hold above the Murrey level 6/8, and the pair is traded above the Super Trends. At the same time, if the pair manages to break the 7/8 level and holds above it, the price will probably move downwards to 5/8 level and the weekly Super Trend. 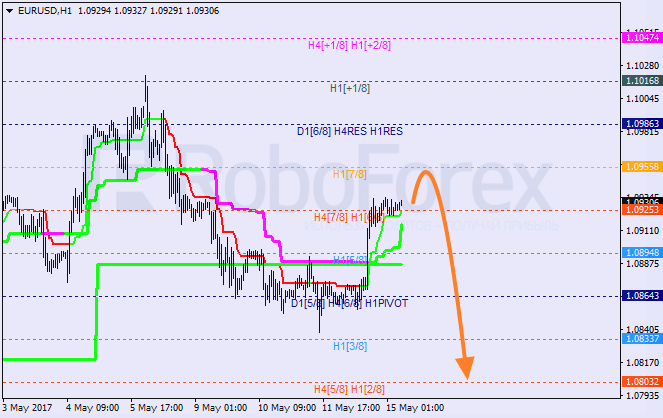 On the H1 chart the Super Trend lines have formed a "bullish cross". During the day we may see a test of the 7/8 level, and if the pair rebounds from it, this may be seen as a starting point for a downward move toward the 2/8 level. 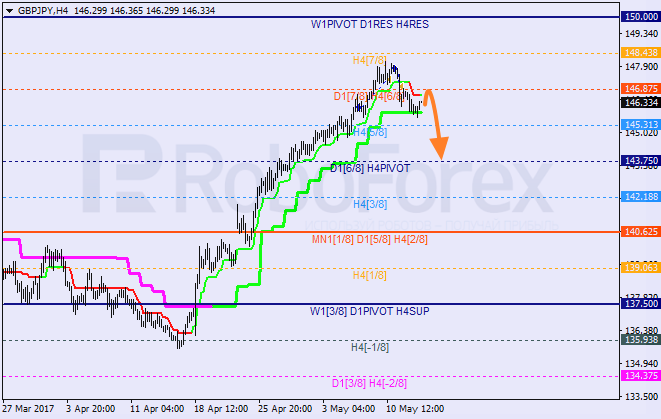 The cross pair has been supported by the daily Super Trend which had been rebounded from earlier. As a result, in the short run we may see a local correction which will have the level 6/8 as its first target. If this level is rebounded from later, we may see a new round of downward movement towards the 4/8 level. 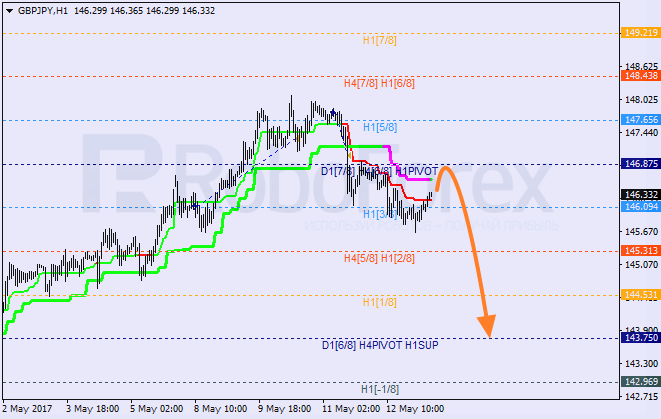 On H1 chart the price failed to hold under the 3/8 level, and this triggered an upward movement. The bulls have the 4/8 level as their first target. If this is rebounded from and the price holds under the Super Trend lines, we may see how the market starts a new decline toward the 0/8 level.