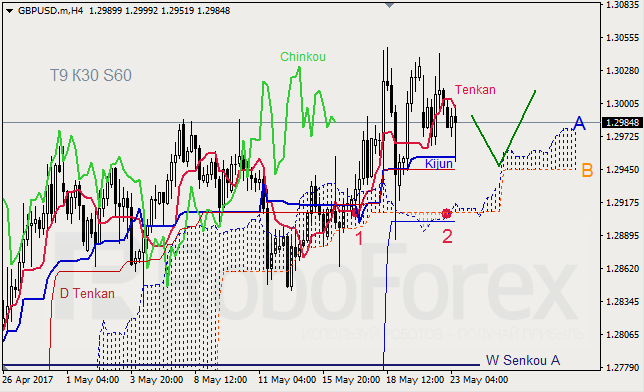 GBP USD, Time Frame H4. The "golden cross" (1) still influences the market, but Tenkan-Sen has turned downwards, Ichimoku Cloud is rising (2), the Lagging Chinkou Span holds under the chart, the price is moving within the channel formed by Tenkan-Sen and Kijun-Sen. The price can lower while the Tenkan-Sen can offer a support. Then the pair can rise. 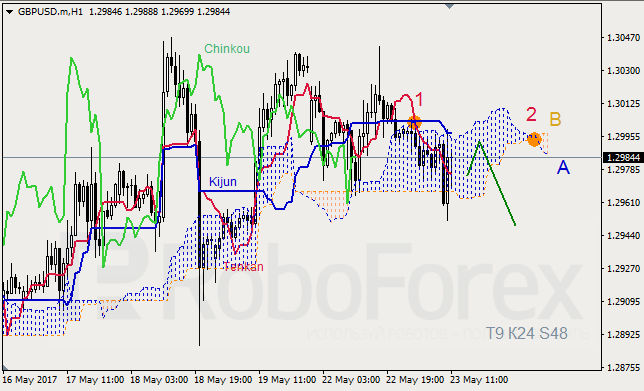 GBP USD, Time Frame H1. Tenkan-Sen and Kijun-Sen are still influenced by the "dead cross" (1), Ichimoku Cloud is descending (2), the Lagging Chinkou Span is on the chart, the price is in Kumo. Kijun can act as a resistance while the price can try to hold under the cloud. 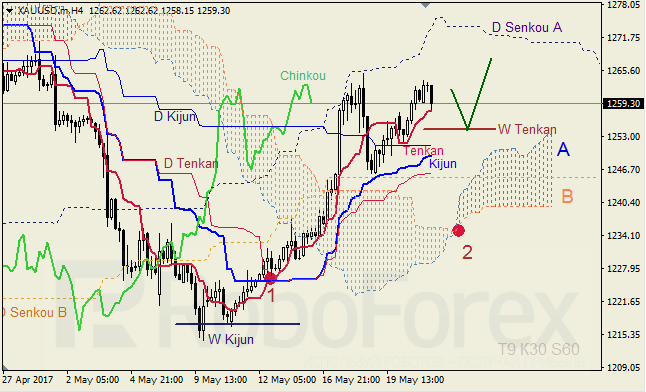 XAU USD, Time Frame H4. Tenkan-Sen and Kijun-Sen are still influenced by the "golden cross" (1), Kumo keeps rising (2) and widening, the Lagging Chinkou Span is moving closer to the chart, the price in on Tenkan-Sen. The weekly Tenkan-Sen line can offer a support while the price can climb higher.