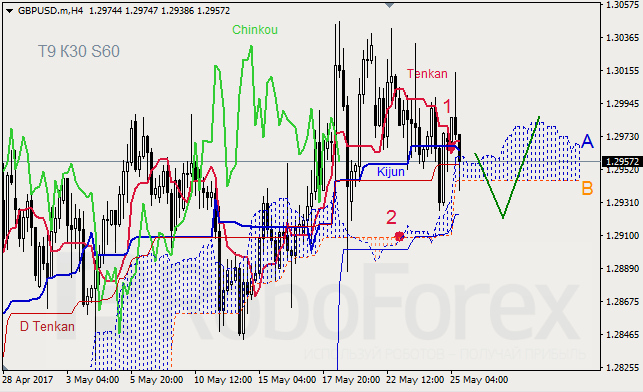 GBP USD, Time Frame H4. After Tenkan-Sen and Kijun-Sen merged (1), the "golden cross" has been influencing them until now; Ichimoku Cloud is raising (2); the Lagging Chinkou Span intersected the chart downwards; price is on D Tenkan. Price can be expected to move lower to D Kijun. 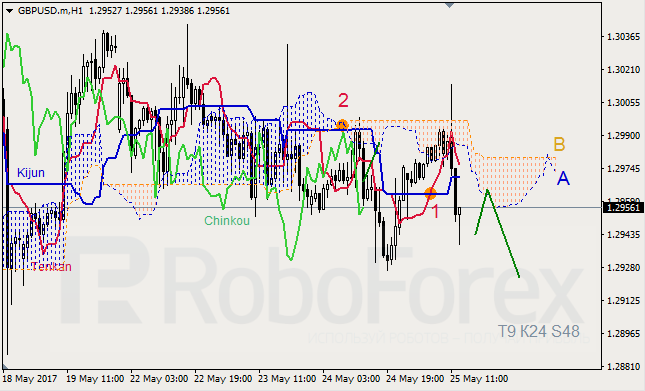 GBP USD, Time Frame H1. Tenkan-Sen and Kijun-Sen have diverged under Kumo and formed a "golden cross" (1), but they are once again moving close to each other; Ichimoku moves lower (2); the Lagging Chinkou Span holds under the chart; price is below the lines. Senkou A can offer a resistance while price can possible move below the cloud. 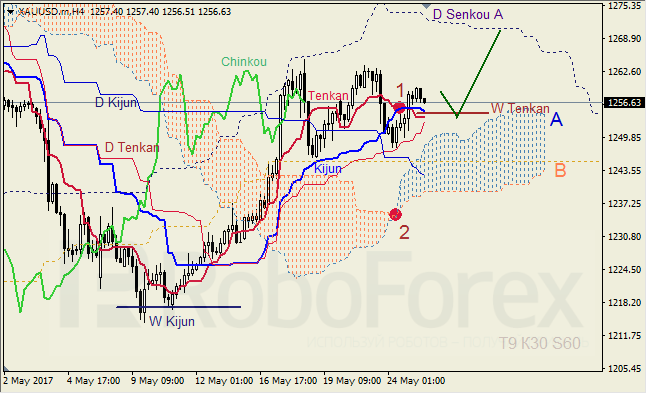 XAU USD, Time Frame H4. Tenkan-Sen and Kijun-Sen have diverged over the cloud and formed a "dead cross" (1); Kumo keeps rising higher (2); the Lagging Chinkou Span is on the chart; price is on D Kijun. A support from the weekly Tenkan and D Tenkan can be expected.