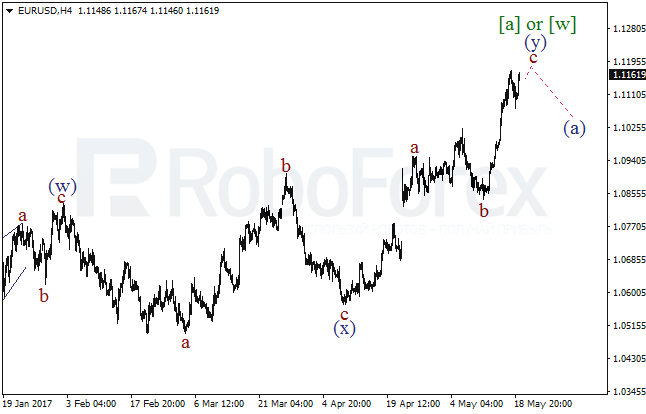 The EUR/USD pair is trading its local highs. Thus, it is not improbable that the double zigzag within the wave [a] or [w] will be formed. That said, a downside correction can come to force in the short period of time. It is confirmed when a bearish impulse in the direction of wave (а) occurs. 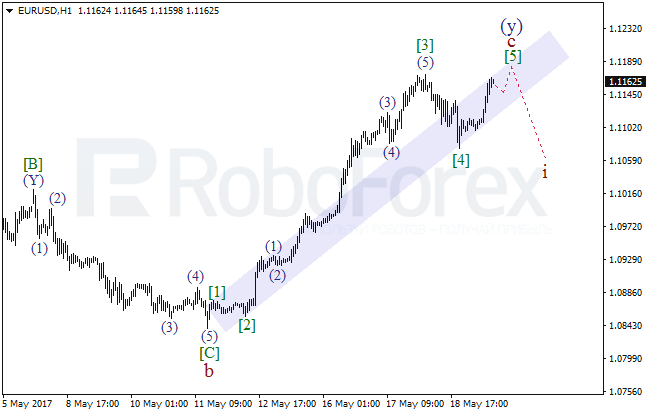 The H1-chart shows a more detailed analysis. The ascending wave c of (y) can give the way for an impulse within the wave [5]. Therefore, in the course of the day a new high can be hit, and afterwards a downside movement within the way i of (a) can start. 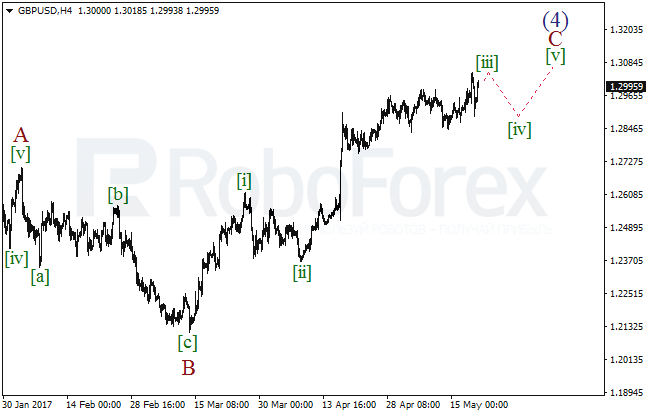 An extension within the wave [iii] is being completed at the moment. In the short run we can see new highs, but after that the pair can start descending within the correction wave [iv] of C. 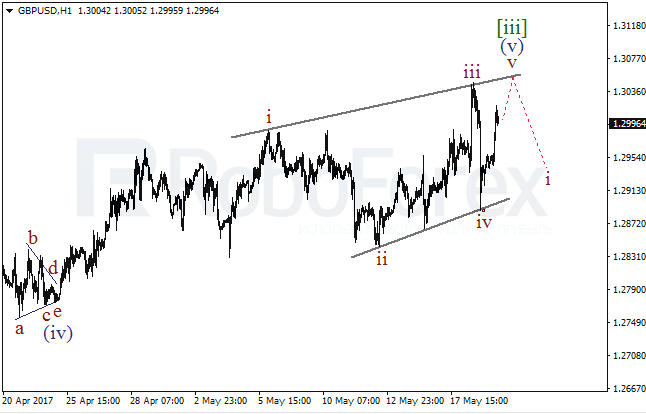 On H-1 chart a diagonal triangle within the wave (v) of [iii] is being completed. In the course of Friday we can see a test of the upper edge of the model. If this edge is rebounded from, the pair can start descending within the wave i. 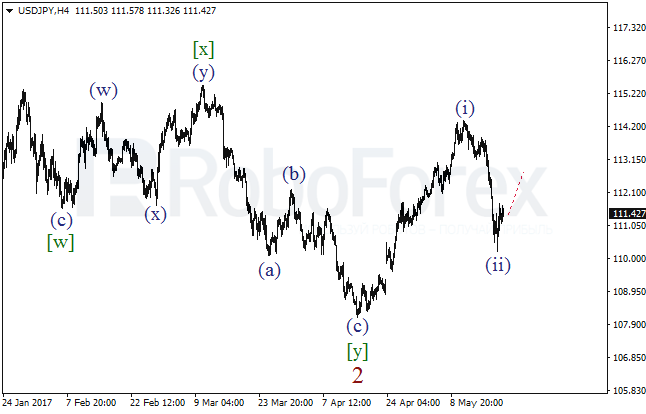 It seems that a descending correction within the wave (ii) is coming to an end. In the short run the price can resume rising and form a bullish impulse in the direction of the wave (iii). 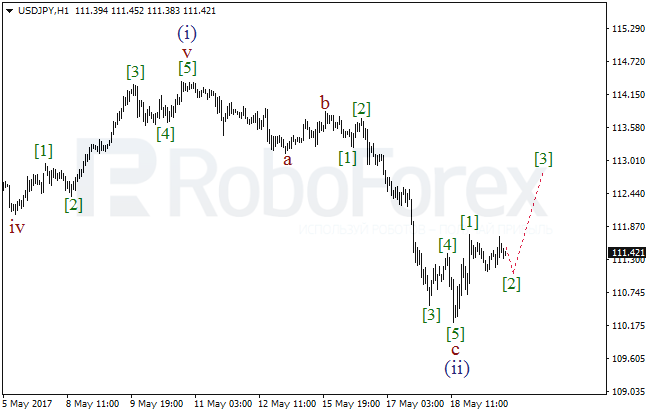 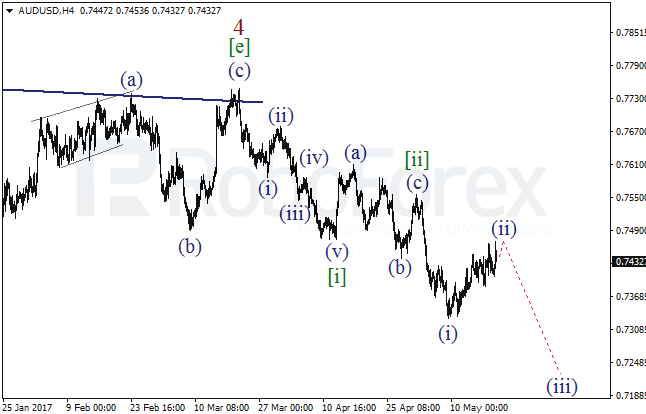 A descending extension within the wave [iii] keeps being formed. The said wave is developing a second wave inside it. In the short run, after the correction is over, the descending move within the wave (iii) of [iii] can resume. Consequentl, soon the price can break through the low of the wave (i). 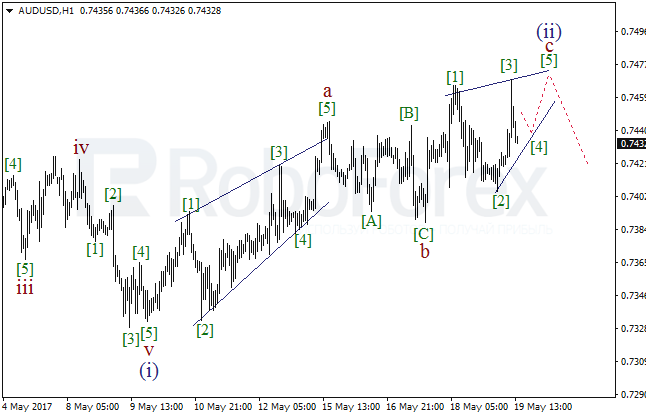 Admittedly, a diagonal triangle within the wave с of (ii) is being developed. If the price rebounds from the upper edge of this model afterwards, the currency pair can resume falling.