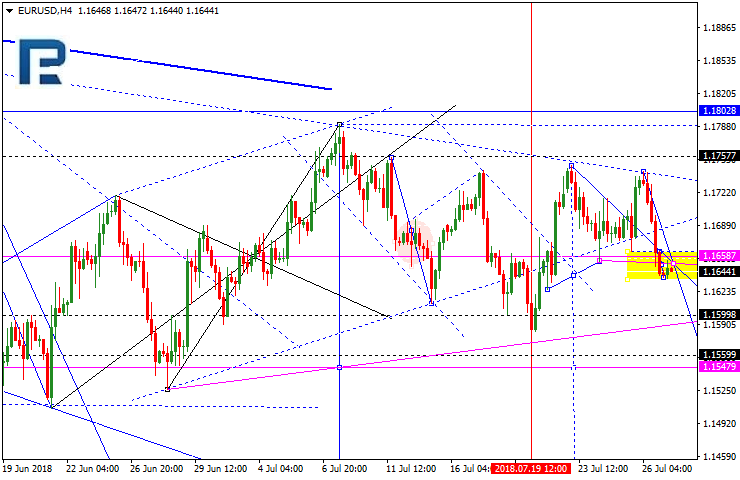 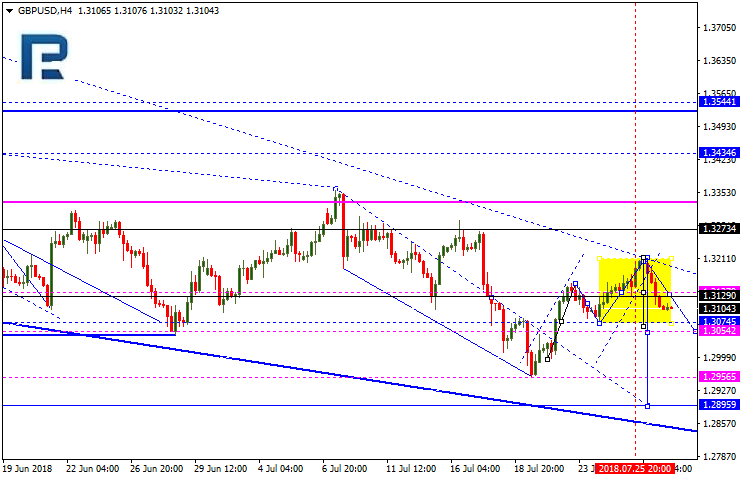 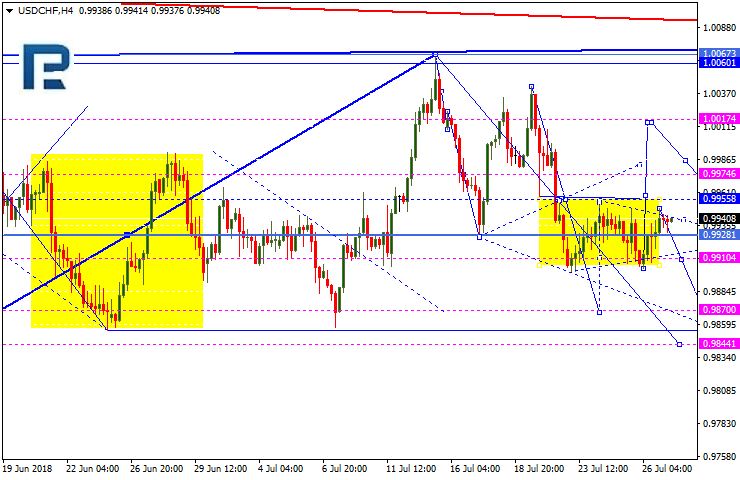 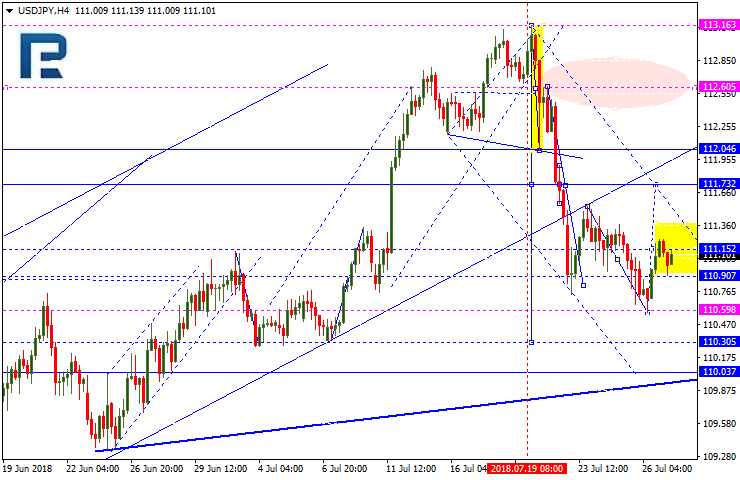 The AUD/USD pair has finished its first down move. Today the rise to 0.7415 is possible, but later it is likely to fall to 0.7285. This is a strategic target. 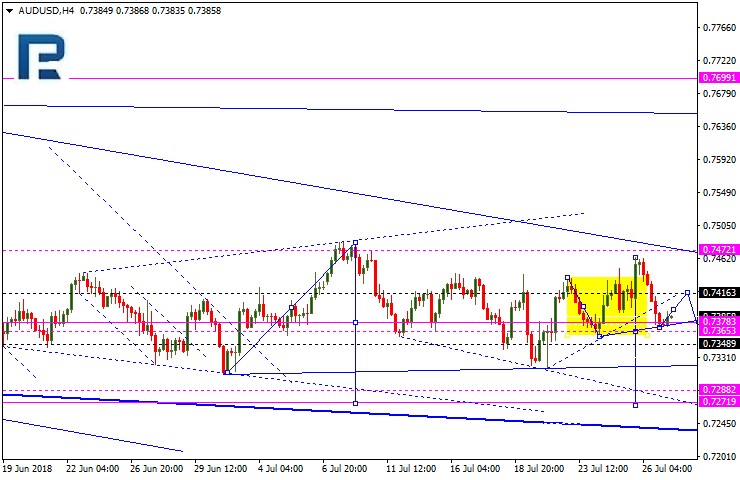 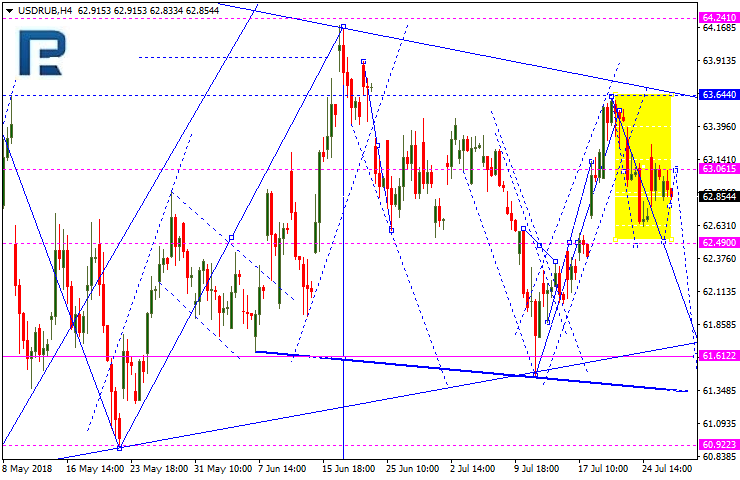 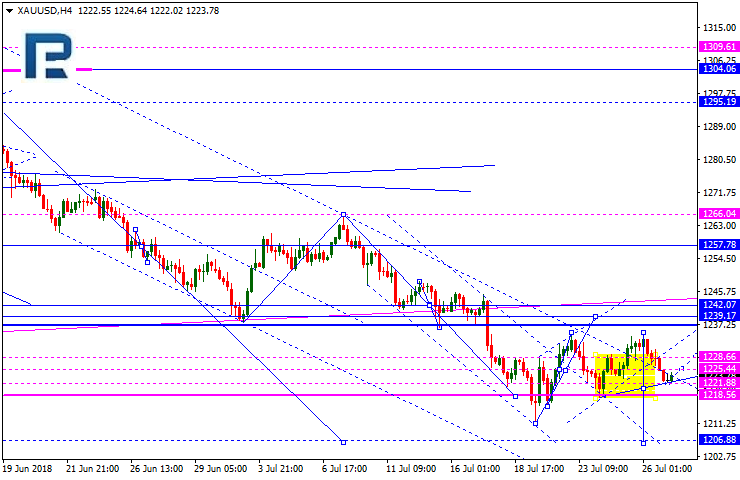 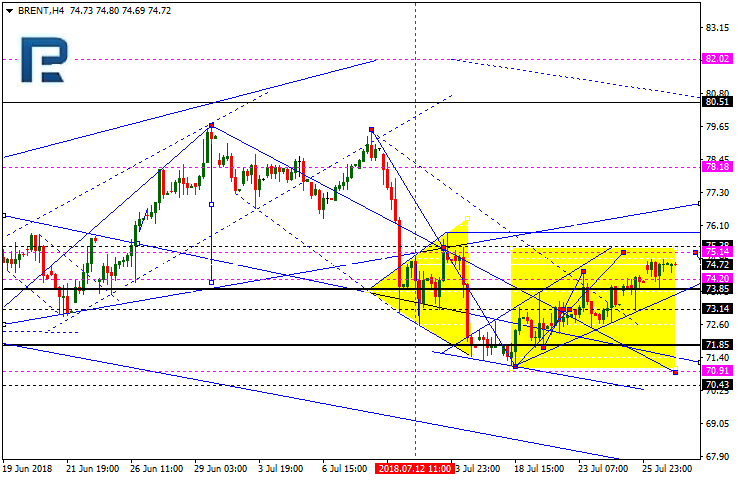