As we can see in the daily chart, after finishing a quick correctional impulse, BTCUSD is forming a new descending wave, which has already reached 61.8% fibo and may start a new short-term correction to the upside. After completing it, the pair may resume falling towards the target at 76.0% (5700.00). At the same time, there is a convergence on MACD, which may indicate a more significant correction after the price reaches the target. The key mid-term downside target is the low at 3121.90. The resistance is 38.2% fibo at 9758.00. 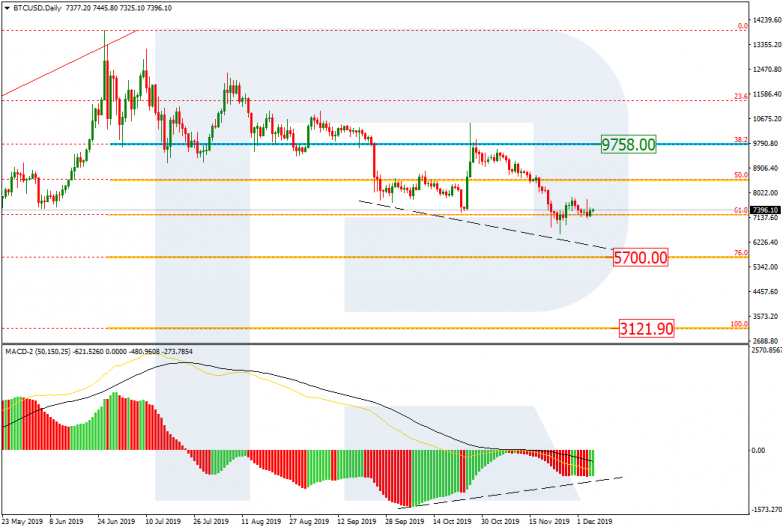 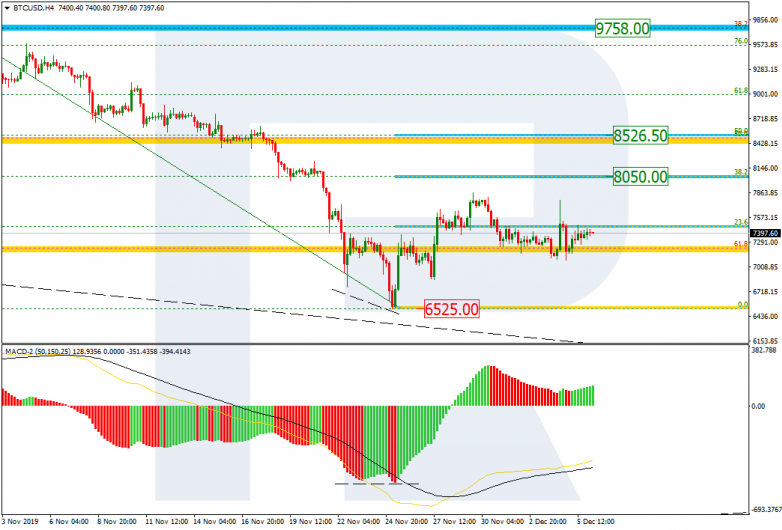 As we can see in the daily chart, the downtrend has reached 76.0% fibo; right now, ETHUSD is expected to start a new correction. The resistance is 61.8% fibo at 189.00. After completing this short-term pullback, the instrument may continue falling towards the post-correctional extension area between 138.2 and 161.8% fibo at 134.50 and 123.70 respectively, and then the psychologically-crucial at 100.30. 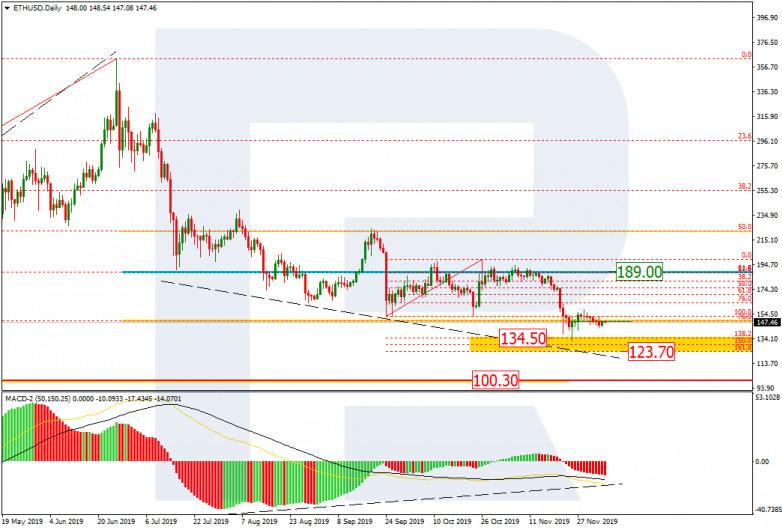 The H4 chart shows more detailed structure of the current correction, which has already reached 38.2% fibo. Later, the price may continue growing towards 50.0% fibo at 165.47. the support is the low at 132.02. 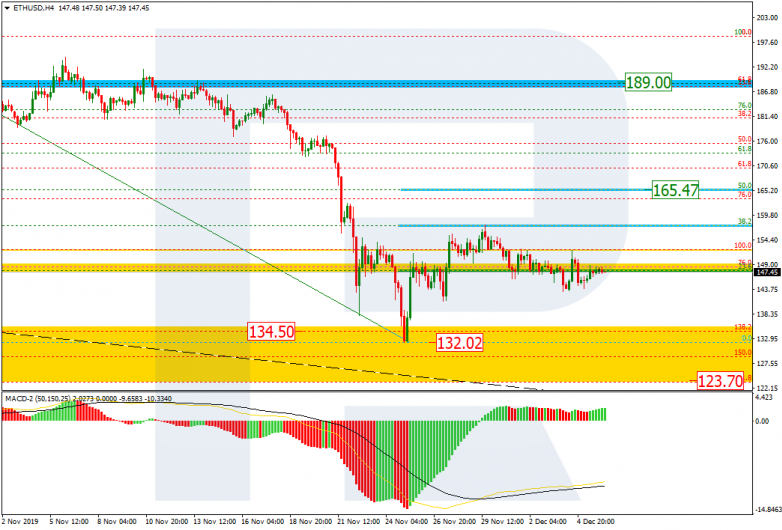