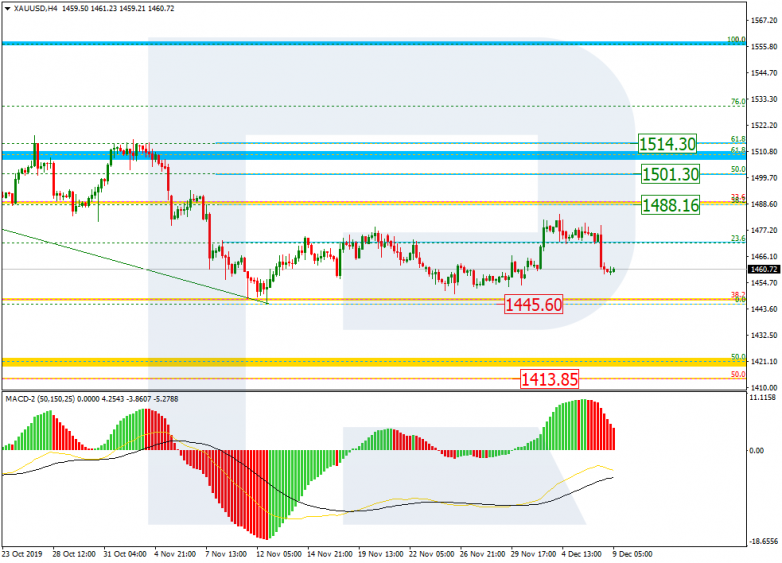 In the H1 chart, the divergence made the pair start a new descending correctional wave, which has reached 76.0% fibo, thus indicating a new wave to the upside to reach the local high at 1486.05. 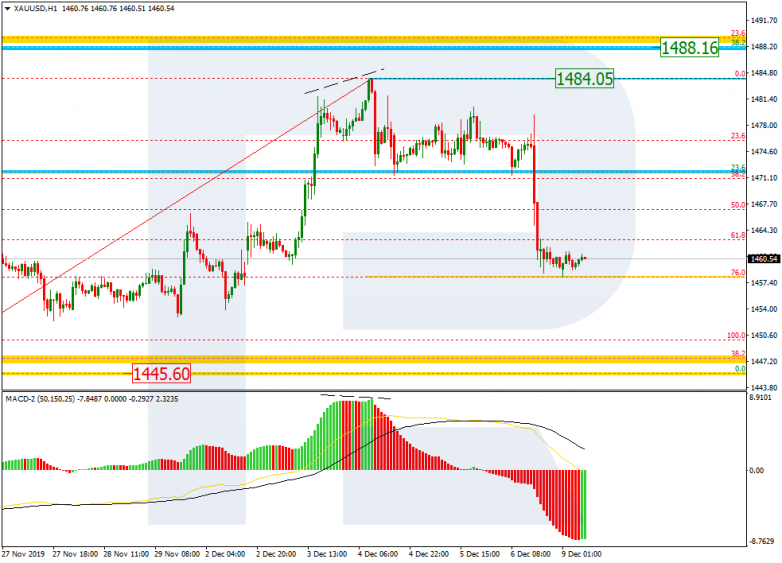 As we can see in the H4 chart, the divergence made the pair stop growing at the mid-term high at start a new descending wave, which has almost reached 50.0% fibo. After breaking this level and fixing below it, the price may continue falling towards 61.8% and 76.0% fibo at 0.9800 and 0.9748 respectively. 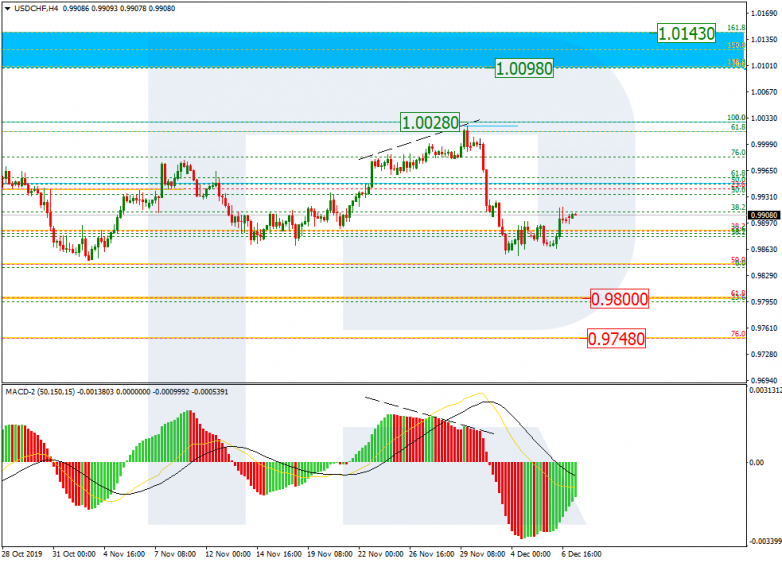 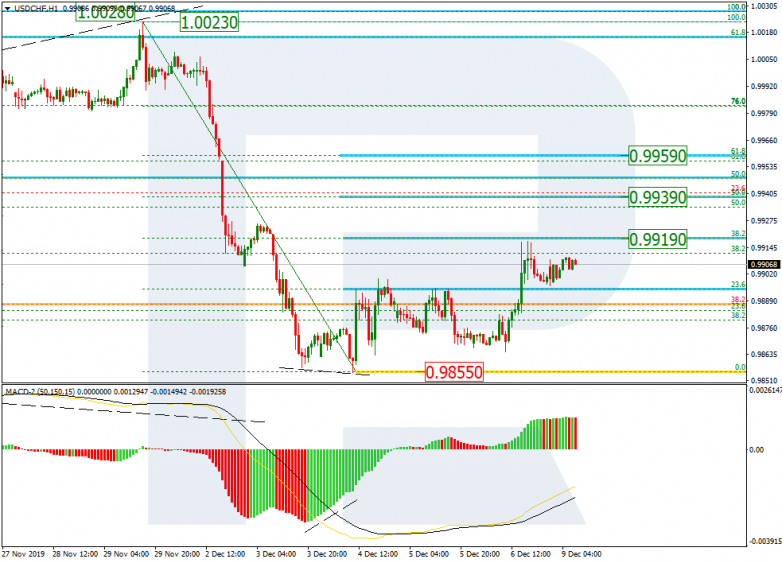