Bitcoin is testing the key support level at 8490.00, while Ethereum is about to start another descending impulse. As we can see in the H4 chart, the divergence made BTCUSD stop rising at 50.0% fibo and start a new decline, which has already reached the long-term support at 8490.00. If the price breaks this level, it may continue falling towards the mid-term low at 6430.30. However, one shouldn’t ignore another possibility, according to which the pair may rebound from the support and form a new rising impulse towards 61.8% at 11010.00. 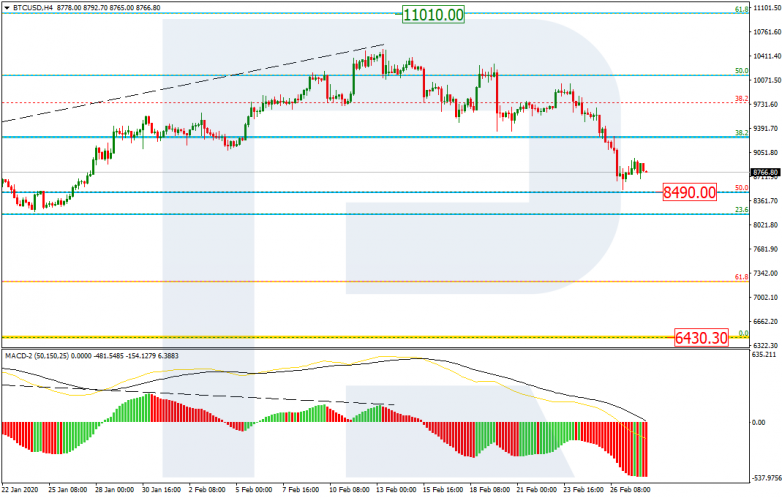 The H1 chart shows more detailed structure of the current decline after the divergence. After reaching 38.2% fibo, the pair has started a slight correction. The next downside targets are 50.0% and 61.8% fibo at 8468.00 and 7991.00 respectively. 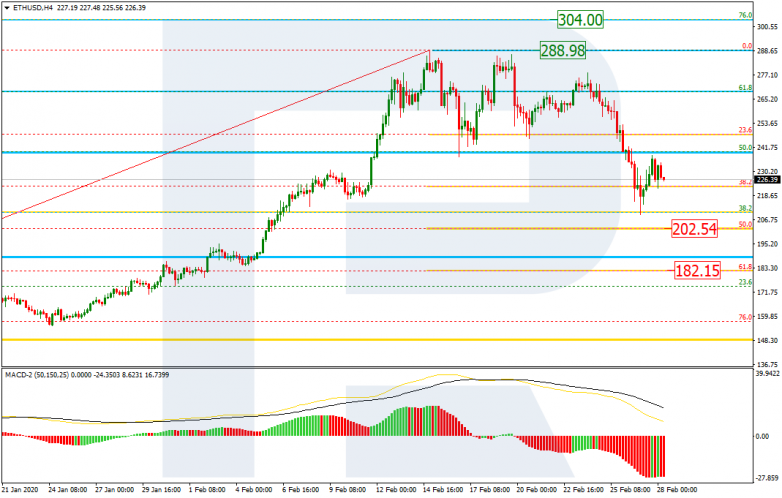 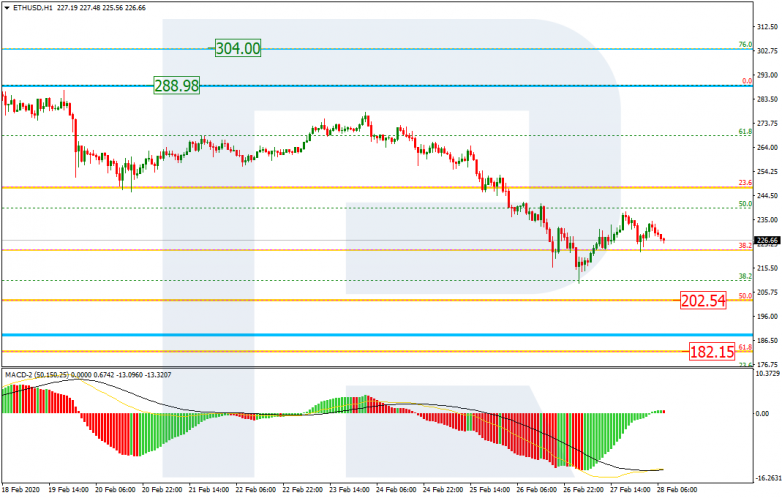