As we can see in the H4 chart, the ascending tendency is getting close to 61.8% fibo at 0.6237. Under the current circumstances, this level may be considered a defining point, because the pair has equal chances of both breakout and reversal. As a result, if this level is broken, the price may grow towards 76.0% fibo at 0.6404 or even the fractal high at 0.6684. Otherwise, AUDUSD may start a new descending wave to reach the low at 0.5506. 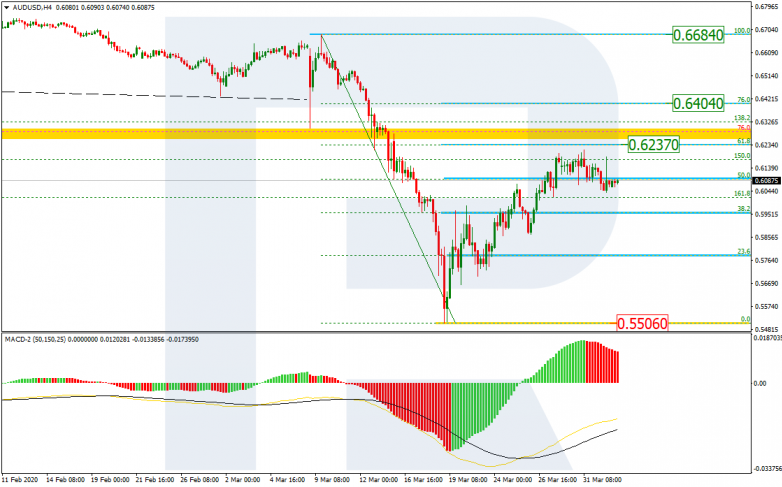 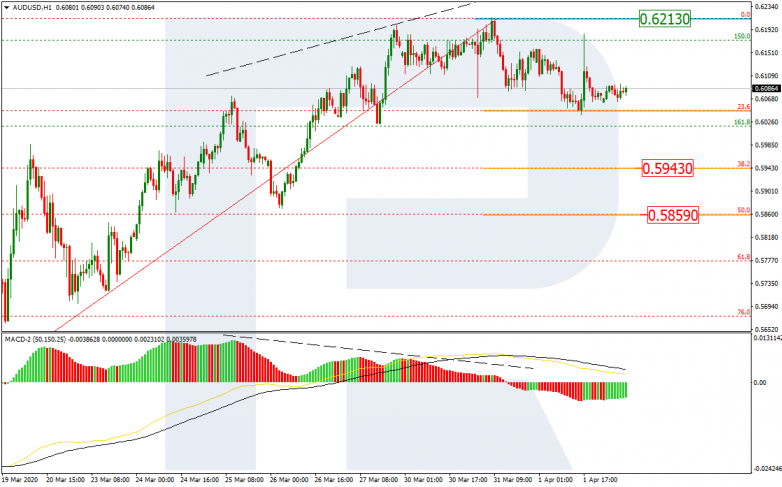 In the H4 chart, USDCAD is forming the descending correctional channel, which has already reached 38.2% fibo. MACD lines are also directed downwards, thus indicating further decline towards 50.0% and 61.8% fibo at 1.3811 and 1.3610 respectively. The resistance is the high at 1.4668. 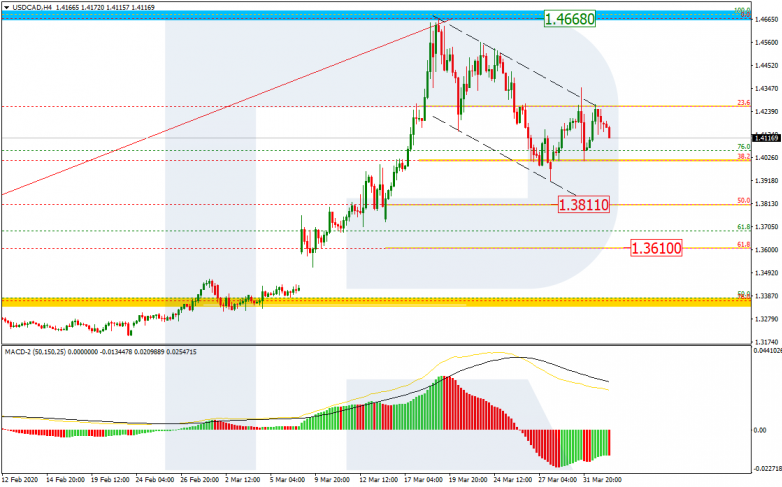 As we can see in the H1 chart, the convergence made the pair start a new local ascending correction, which has already reached 50.0% fibo. At the moment, the price is expected to fall to break the low at 1.3921 and then continue trading downwards to reach 1.3811. However, if the instrument rebounds from the low, a new rising wave may expand the correctional range up to 61.8% fibo at 1.4383. 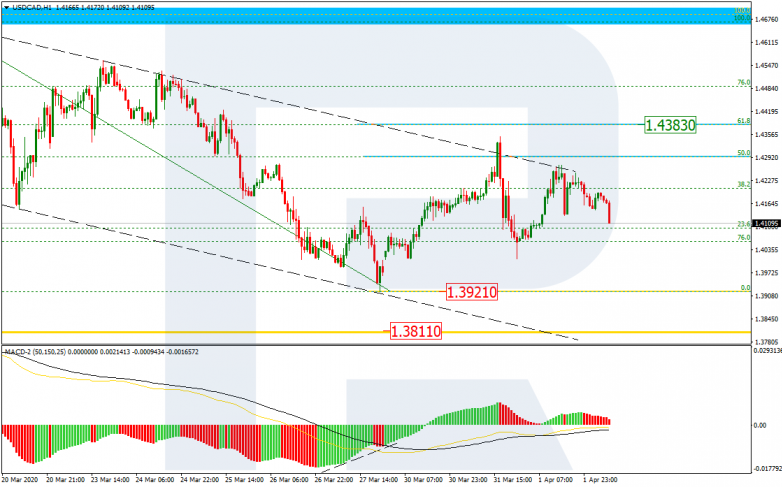