As we can see in the H4 chart, after a short-term pullback and a test of 50.0% fibo, the asset continues the ascending tendency. Another rising impulse has already broken the previous highs and is currently heading towards 61.8% and 76.0% fibo at 7987.75 and 8925.00 respectively. At the same time, the MACD indicator is forming a long-term divergence, which hints at possible reversal. The support is 38.2% fibo at 6440.00. A breakout of this level will be another signal in favor of the trend reversal. 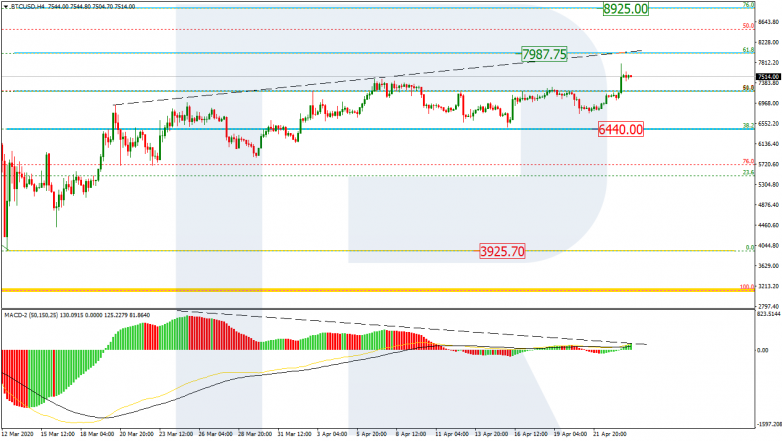 In the H1 chart, the convergence made the pair complete the descending correction and start a new rising wave. At the moment, the price is testing the high it broke earlier. Later, the instrument may continue growing to reach the post-correctional extension area between 138.2% and 161.8% fibo at 7839.00 and 8071.00 respectively. 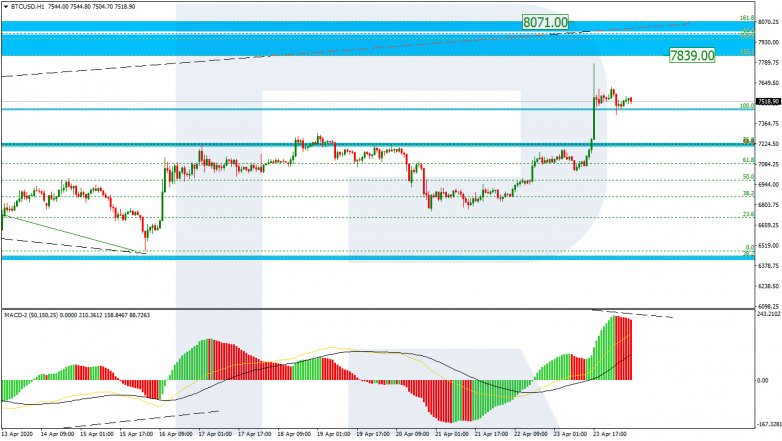 As we can see in the H4 chart, after finishing the pullback and updating the high, ETHUSD is forming a new rising impulse, which is currently re-testing 50.0% fibo. Considering the divergence on MACD, the next and probably the last upside target may be 61.8% fibo at 212.70. The support is 38.2% fibo at 165.90. A breakout of this level will be the key signal in favor of the trend reversal. 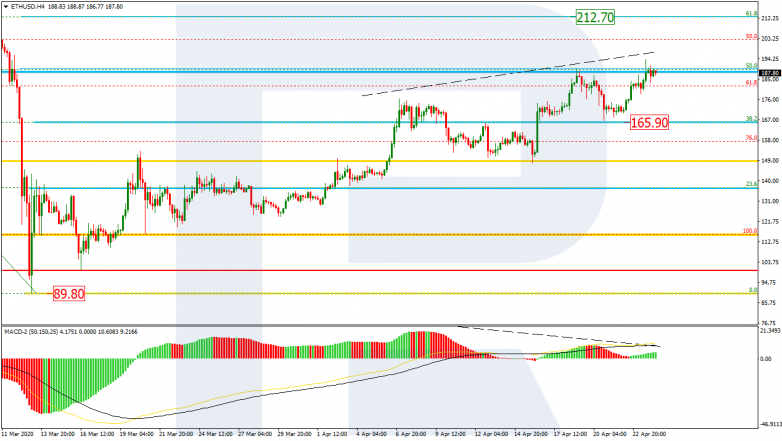 In the H1 chart, the price is testing 50.0% fibo. Taking into account the divergence on MACD, one shouldn’t expect the pair to fall towards the support so far, it’s better to wait until the instrument completes its growth. 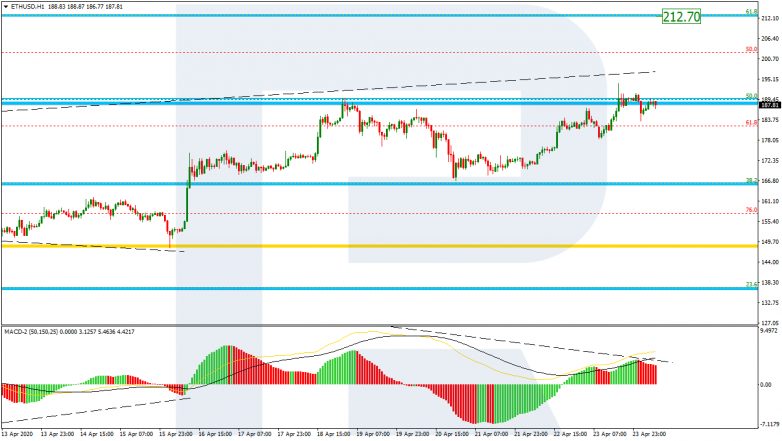