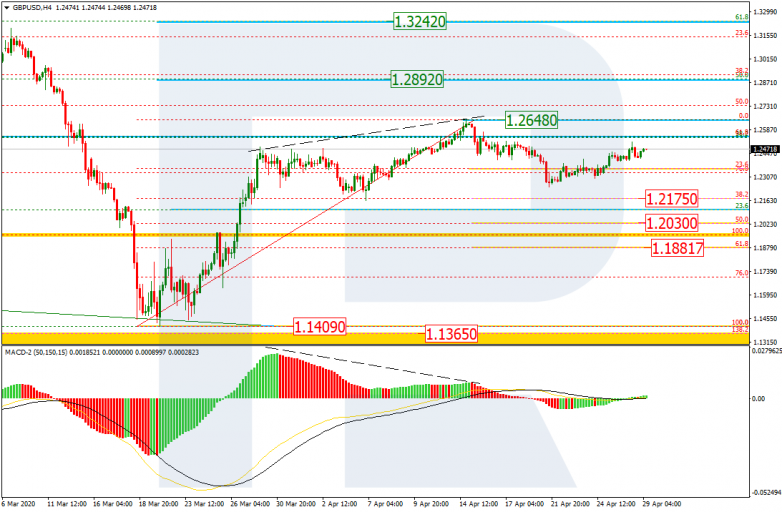 The H1 chart shows a more detailed structure of the current ascending correction. The pair has already reached 61.8% fibo and may continue growing towards 76.0% fibo at 1.2552. At the same time, there is a divergence on MACD, which indicates that the market is already preparing for a new decline with the target at 1.2247. 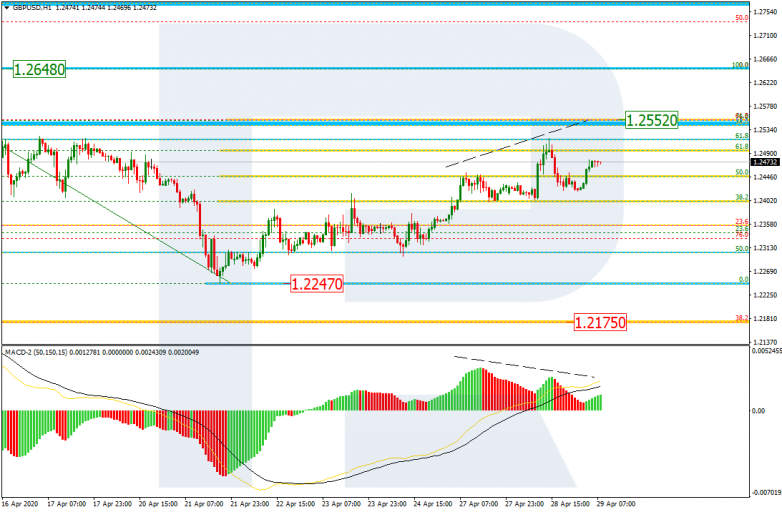 As we can see in the daily chart, EURJPY has broken the previous low and may continue falling towards the post-correctional extension area between 138.2% and 161.8% fibo at 113.20 and 111.54 respectively. 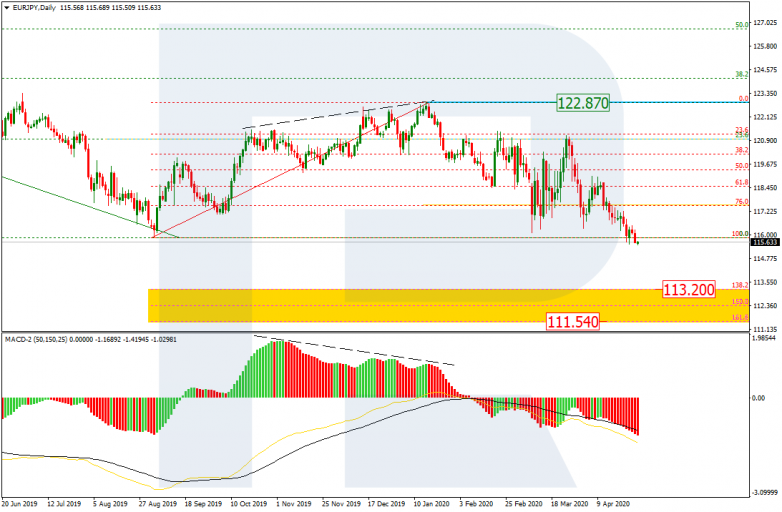 In the H4 chart, the current descending tendency is rather slow. At the same time, there might be a convergence on MACD to indicate a short-term pullback quite soon. 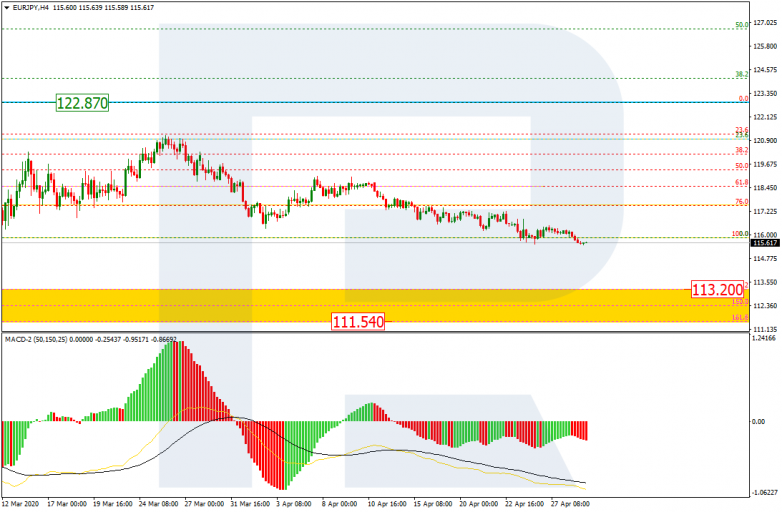