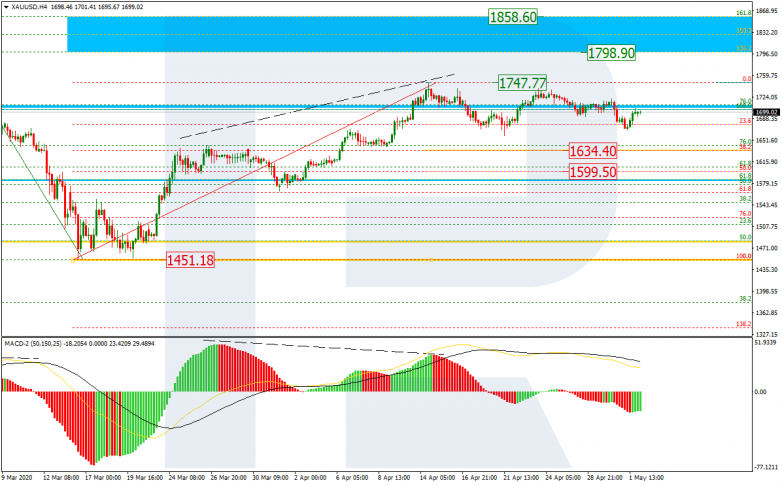 On H1, after a decline and another test of 23.6% Fibo, the quotations are heading for 1747.77, but this may be just a short-time pullback after a momentum of decline. 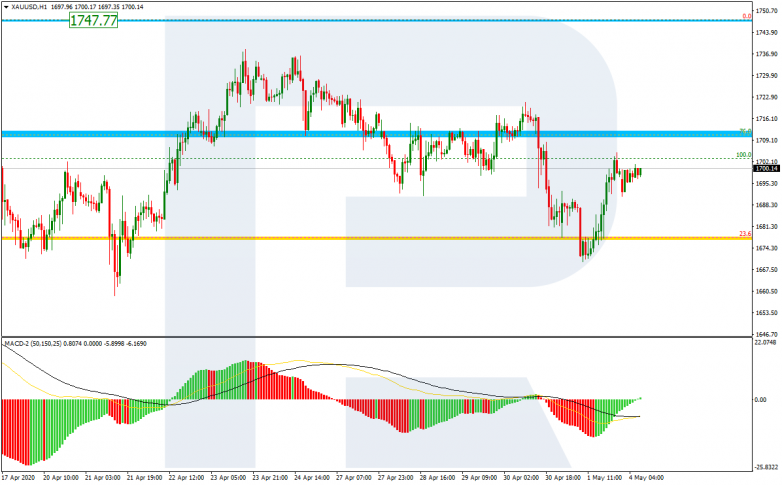 On H4, the last escape of the quotations from the upper border of the consolidation triangle was hardly a success. The quotations formed a strong momentum of a decline, hinting on possible extension of the correctional phase. The potential goal of the decline is 61.8% (0.9453) Fibo; after it is broken away, the decline may go on to 76.0% (0.9350). 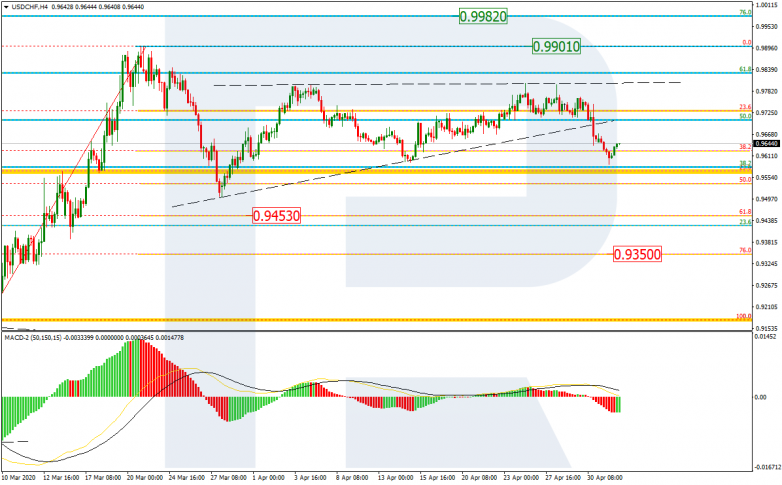 On H1, there is a short-term pullback after a momentum of a decline to the local lows. The aim of the pullback may be at the current resistance level of 0.9672. After the correction is over, the quotations may go on declining. The next goals of the decline are in the post-correctional extension range of 138.2-161.8% (0.9512-0.9462) Fibo. 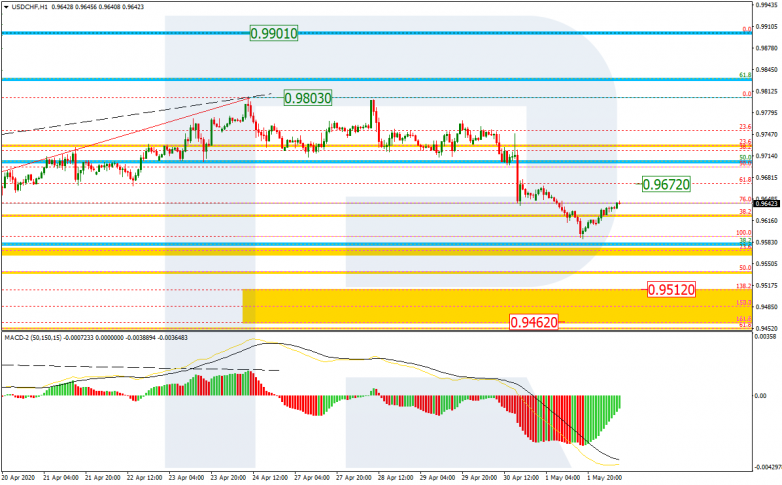