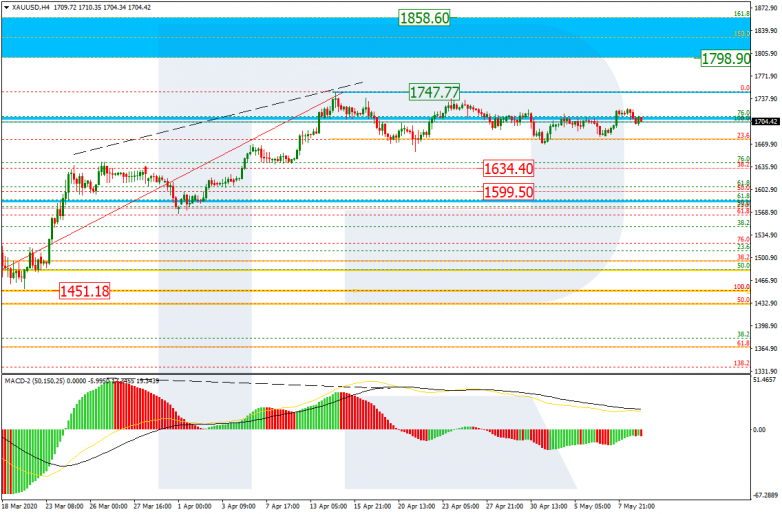 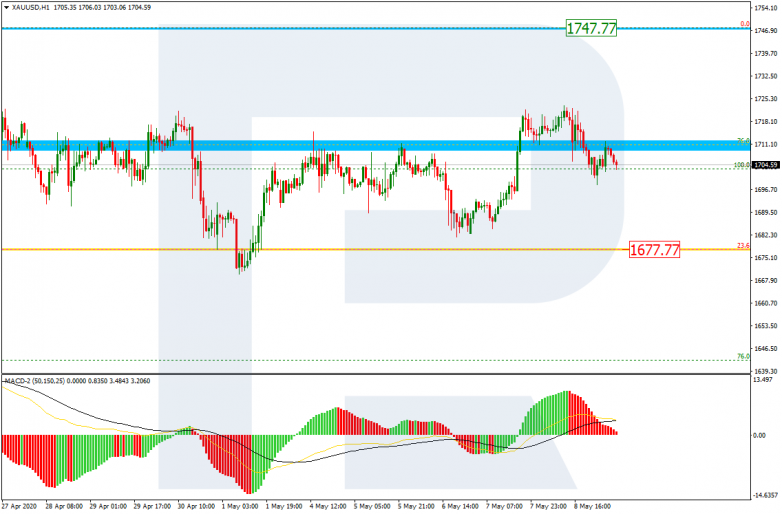 As we can see in the H4 chart, the long-running correction is transforming from the Triangle into the Flat. If the price breaks the current channel’s upside border, the pair may grow to reach the local high at 0.9901 and even mid-term 76.0% fibo at 0.9982. At the same time, one shouldn’t exclude the possibility that the par may yet resume falling with the downside target at 61.8% fibo (0.9453). 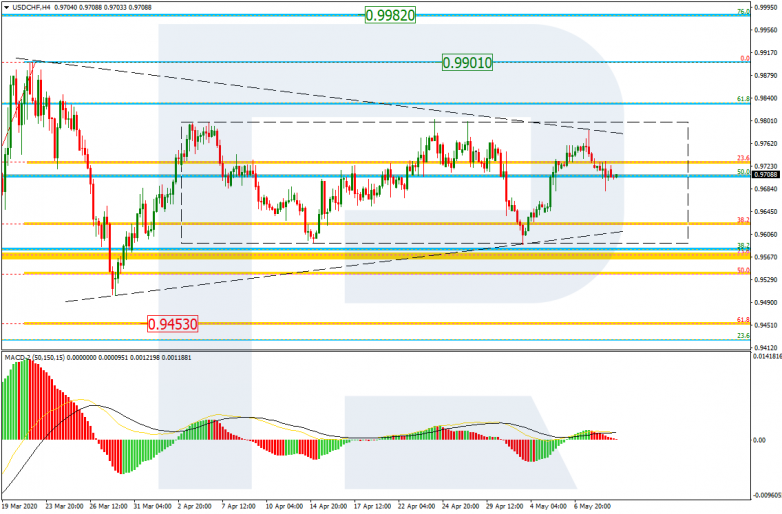 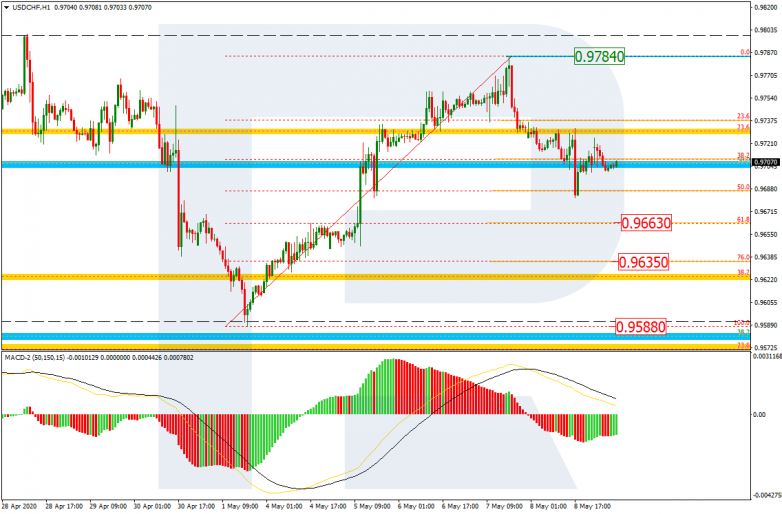