As we can see in the daily chart, after reaching 61.8% fibo and then forming a descending correctional impulse to test the support at 8880.00, BTCUSD has started a new growth, which may be considered as an attempt to test the high. Later, the asset is expected to resume falling and forming the correction, which may be followed another ascending structure towards 76.0% fibo at 11450.00. 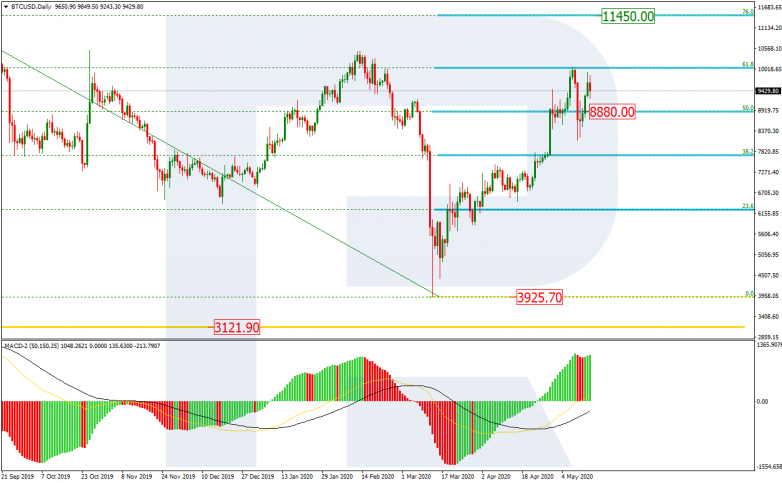 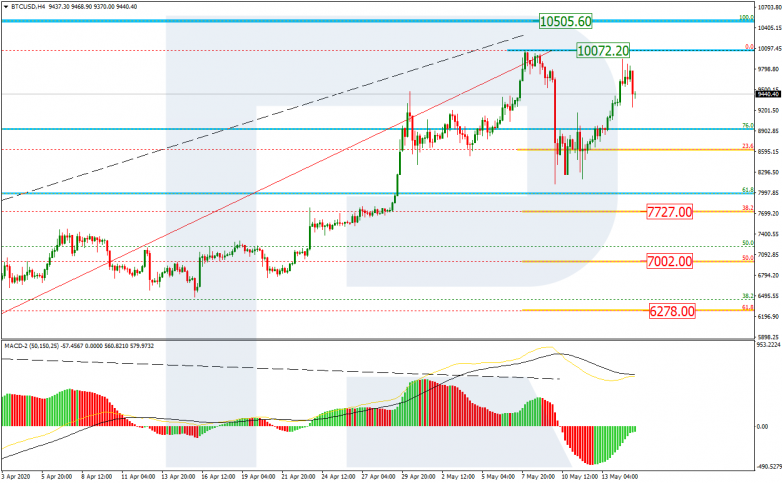 As we can see in the daily chart, after breaking 61.8% fibo and attempting to reach 76.0% fibo at 241.40, ETHUSD is moving downwards. The first descending wave has failed to test the support at 165.90 but the next one may succeed. After completing the pullback, the asset may form one more ascending structure to break the high at 227.46 and then continue growing towards 76.0% fibo at 241.40 and then the fractal high at 288.98. 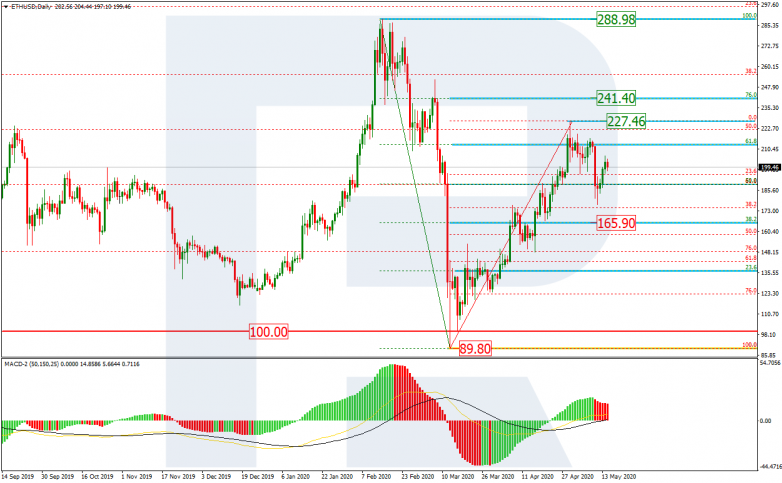 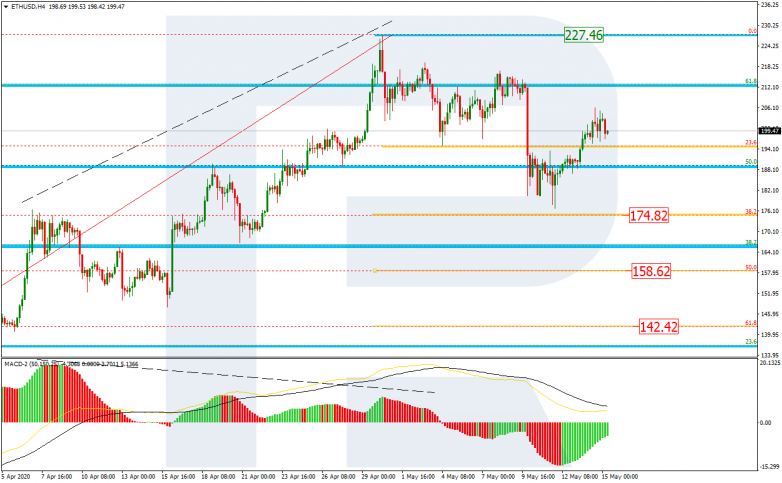