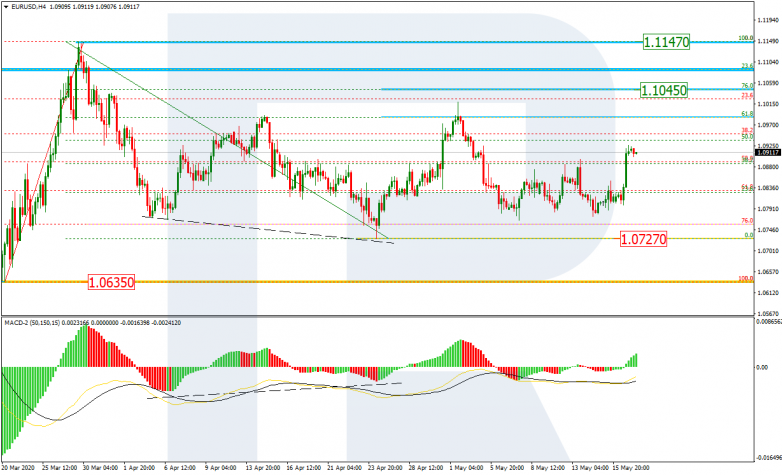 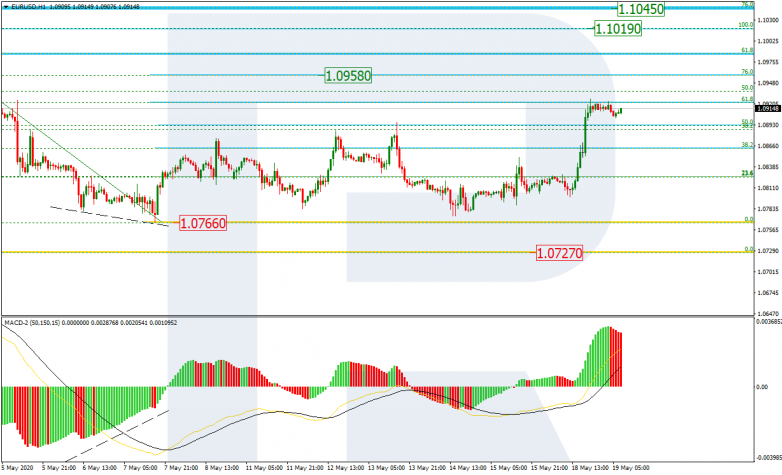 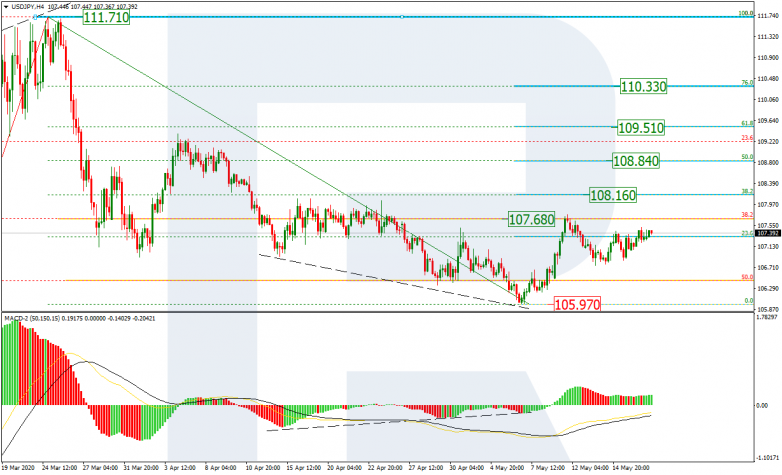 As we can see in the H1 chart, USDJPY has finished the local pullback at 50.0% fibo; right now, it is forming a new rising structure. The closest upside target is the high at 107.77. After breaking it, the market may continue growing to reach 38.2% fibo at 108.16. 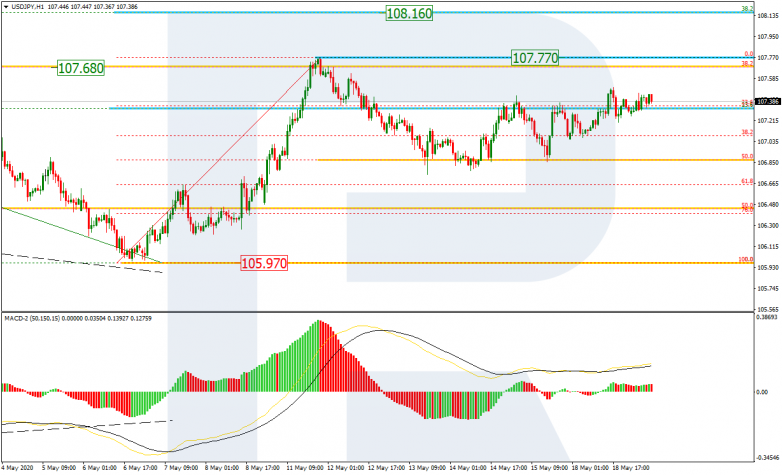