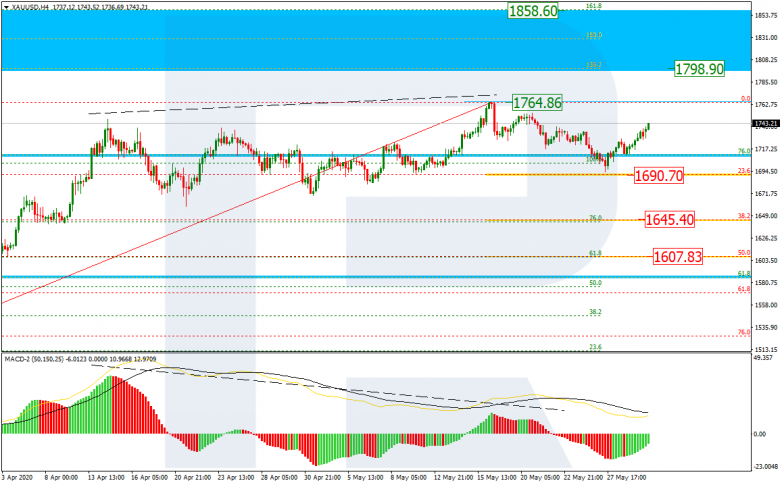 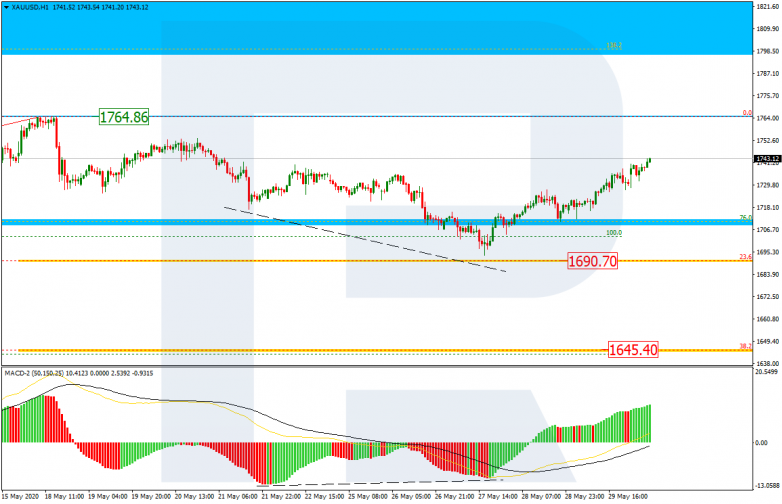 As we can see in the H4 chart, after breaking the downside border of the Triangle pattern, USDCHF has failed to break the similar border of the Flat pattern. However, a breakout of this border is just a question of time. The current decline may be considered as a new correctional wave towards 61.8% fibo at 0.9453. The resistance remains in at 0.9743. 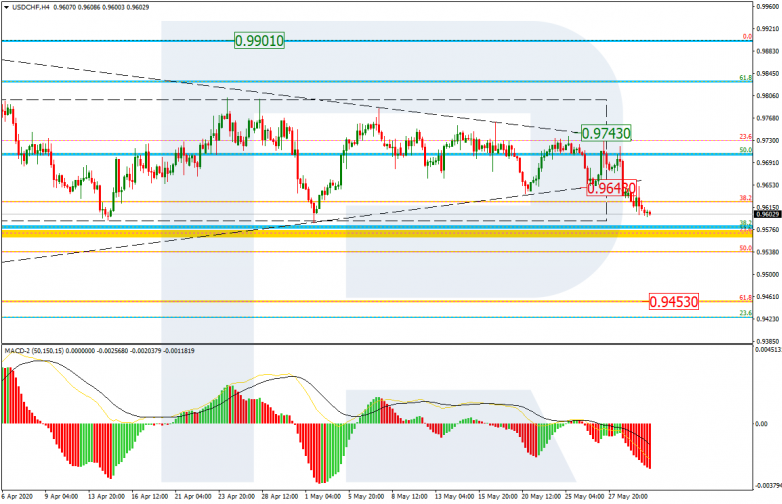 In the H1 chart, the descending wave is approaching 50.0% fibo at 0.9538. At the same time, one can see a convergence on MACD, which may indicate a rebound towards 0.9638. Earlier, this level acted as a support. 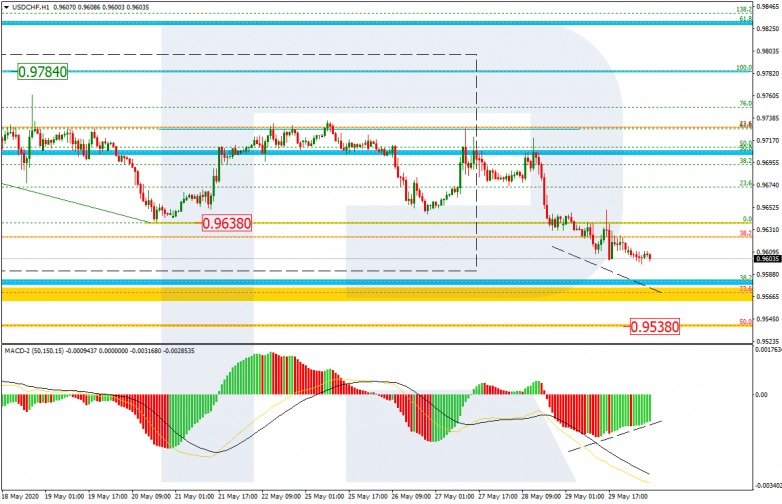