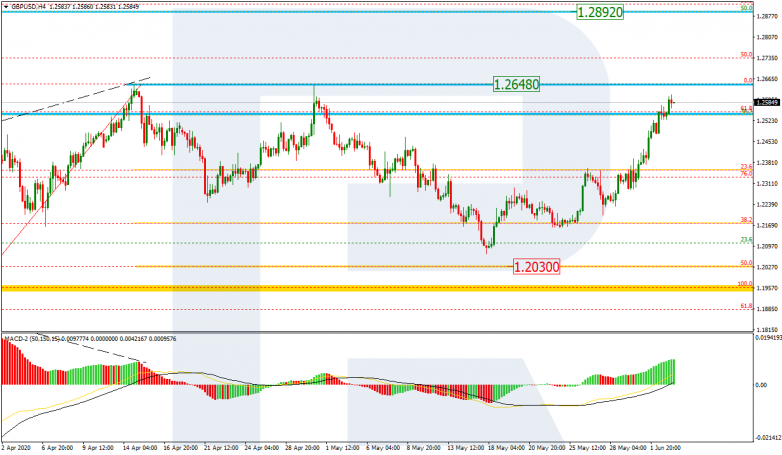 The H1 chart shows a more detailed structure of the current ascending correction, which, after breaking 76.0% fibo, has almost reached the high. At the same time, there might be a divergence on MACD to indicate a pullback in the nearest future. The target of this pullback may be the local support at 61.8% (1.2425). 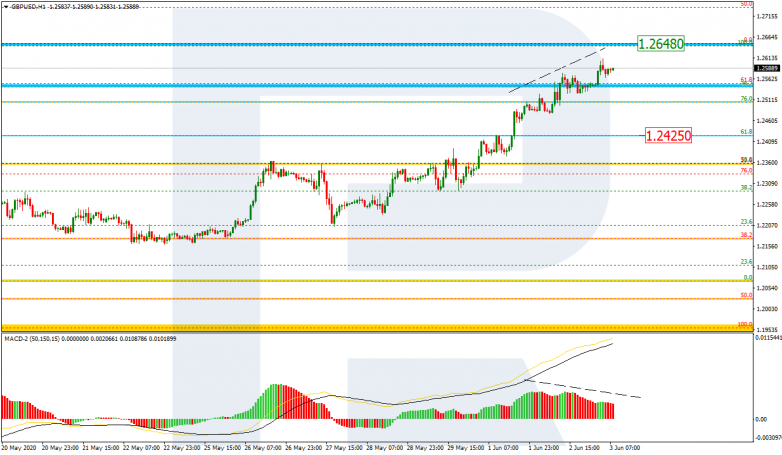 As we can see in the daily chart, the convergence of MACD made EURJPY start a new rising movement, which may be considered as a reversal and long-term wave. The pair has already broken 23.6% fibo and may continue growing towards 38.2% and 50.0% fibo at 123.22 and 125.93 respectively. The support is the low at 114.40. 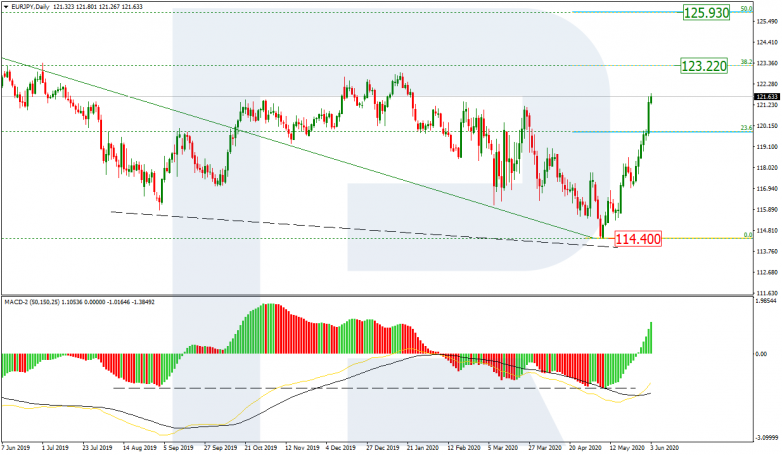 The H4 chart shows that after breaking 76.0% fibo, the instrument may continue trading to reach the high at 122.87. 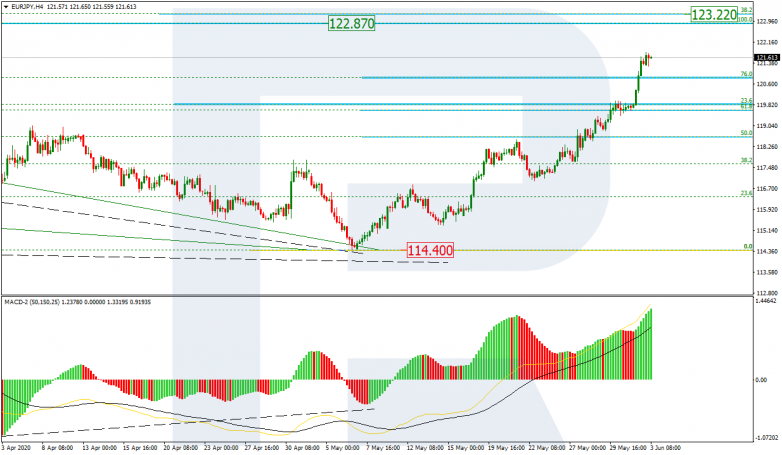