As we can see in the daily chart, after breaking a Triangle pattern to the upside and updating the high, BTCUSD has failed to break 61.8% fibo. At the moment, the pair is trading not far from the above-mentioned pattern again. The next upside target may be 76.0% fibo at 11450.00. However, the fact that the instrument is slowing down along with a divergence on MACD indicates a possible reversal and a new decline. 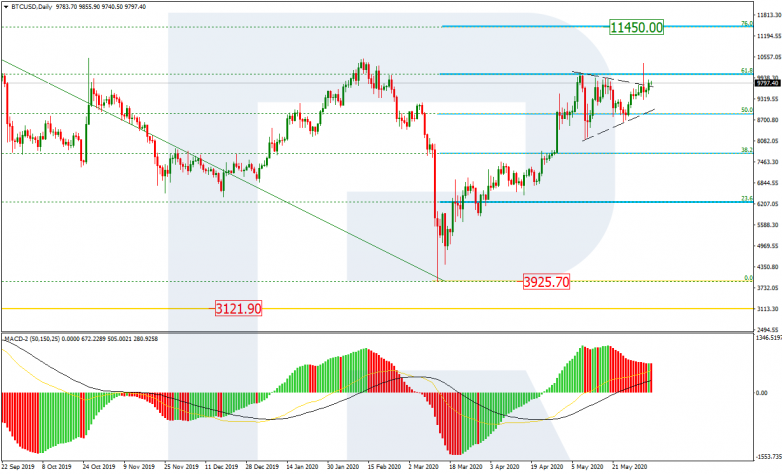 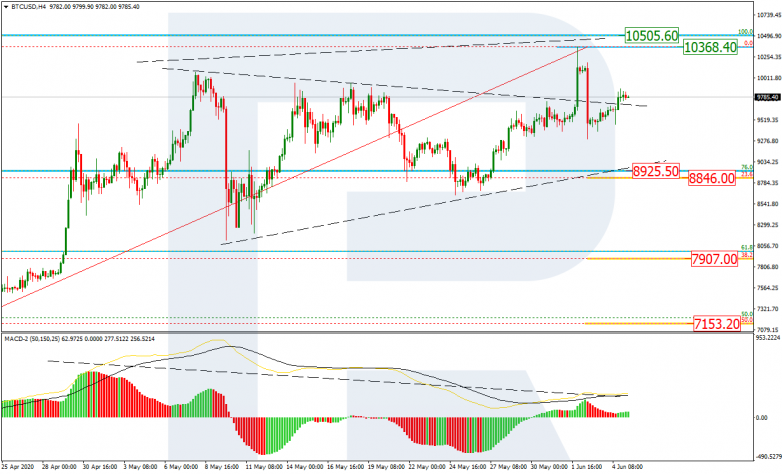 As we can see in the daily chart, after finishing a short-term correction around 61.8% fibo, ETHUSD has reached 76.0% fibo. Possibly, the pair may grow towards the fractal high at 288.98. At the same time, there might be a divergence on MACD to indicate a possible reversal. However, the key signal in favor of further decline will be a breakout of the support at 212.70.. 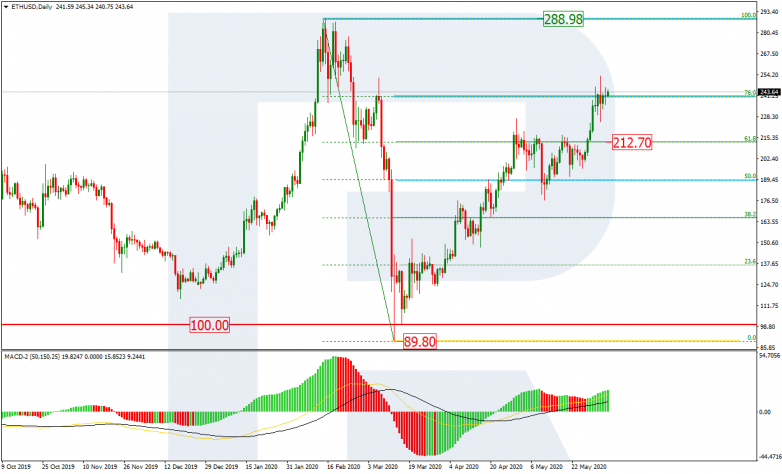 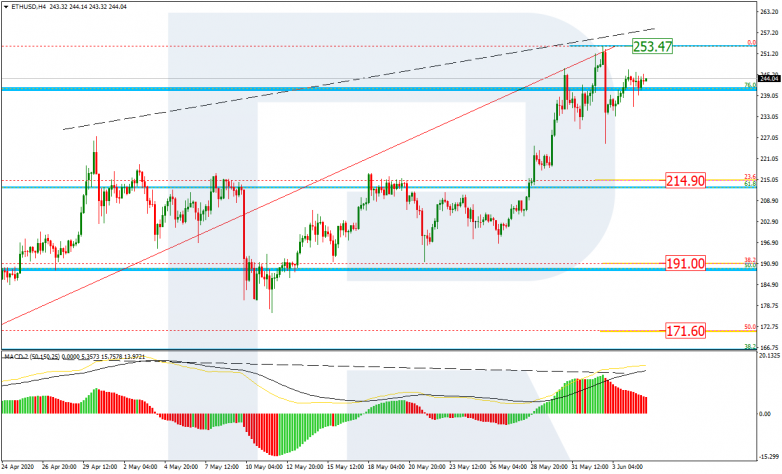