In the H4 chart, Bitcoin continues falling slowly after the divergence. The structure of the current movement suggests a weak bearish pressure and a possible rising impulse. However, it won’t happen until the price breaks the high at 103.68.40. Despite the fact that the current decline is very slow, the main scenario still implies that the instrument may continue trading downwards. The previous descending impulse attempted to reach 23.6% fibo at 8845.00, so the next one may reach 38.2% and 50.0% fibo at 7912.00 and 7152.00 respectively. 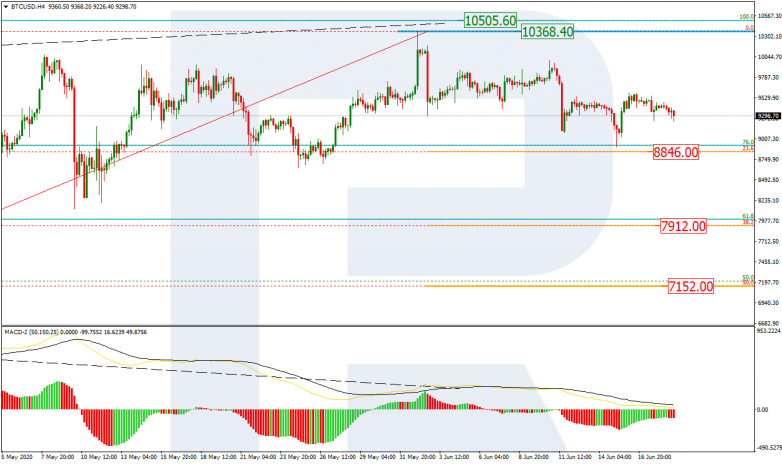 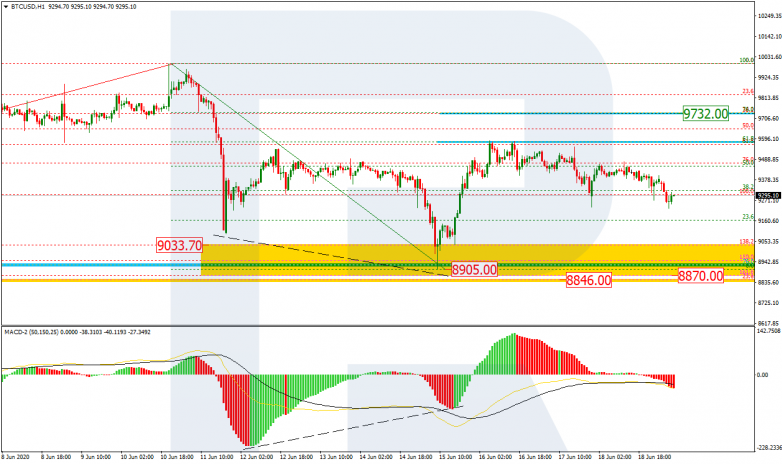 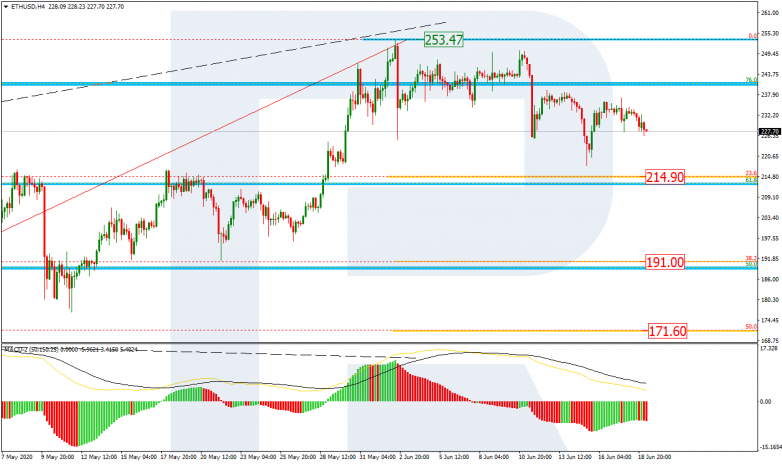 The H1 chart shows a more detailed structure of the current correction after the descending wave and the convergence. After breaking 61.8% fibo, the correctional uptrend has failed to reach 76.0% fibo at 238.05. The descending wave towards the low at 218.10 may result in another mid-term impulse to the downside. 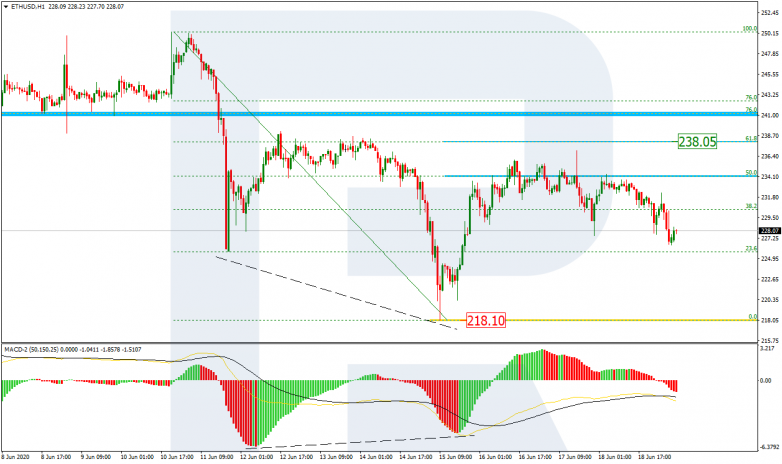