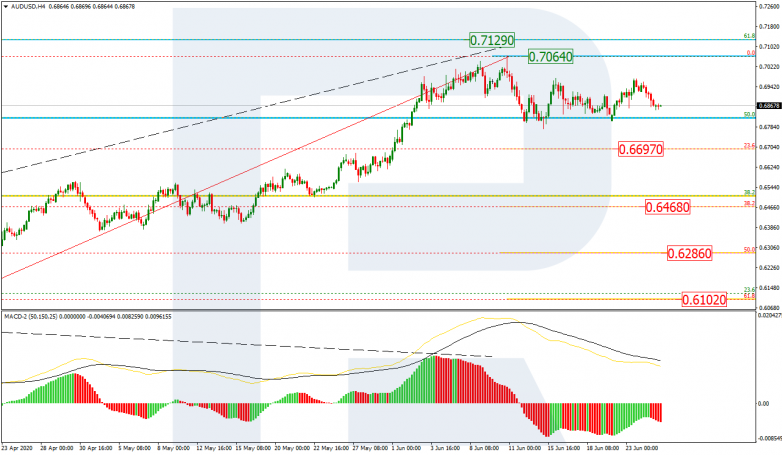 The H1 chart shows the correction after the first descending impulse, which has already reached 61.8% fibo. In the future, the pullback may continue towards 76.0% fibo at 0.6995. If the price breaks the support at 0.6776, it may resume the mid-term downtrend. 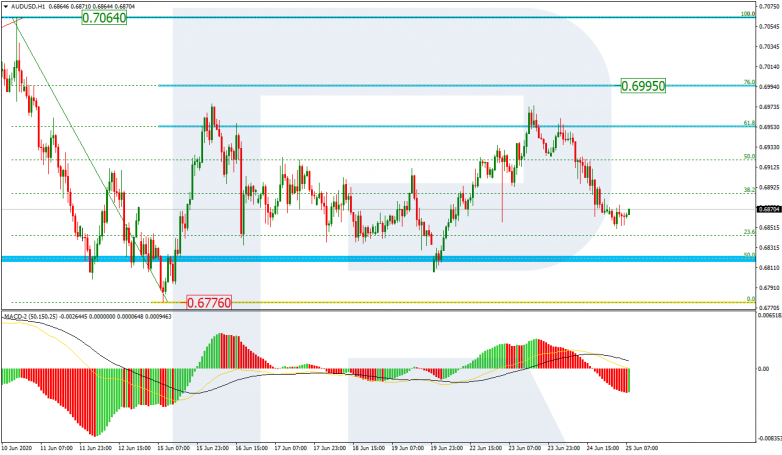 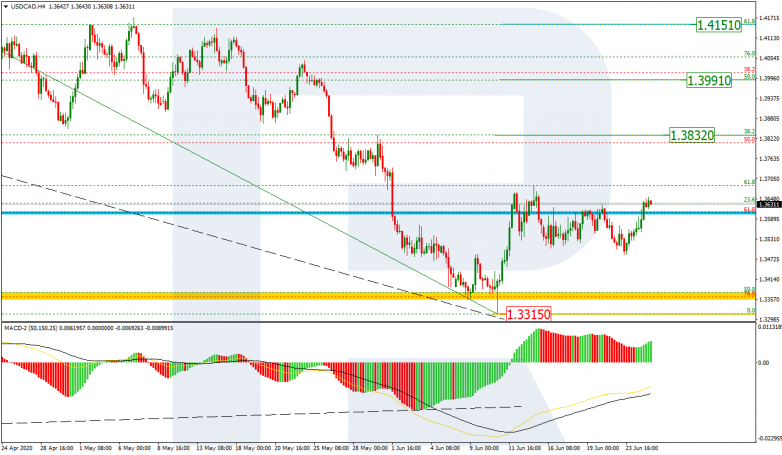 The H1 chart shows a more detailed structure of the ascending correctional movement. The divergence on MACD made the pair start a new short-term decline, which has already tested 50.0% fibo several times. Possibly, the pair may start another descending impulse to reach 61.8% fibo at 1.3457 but this scenario is very unlikely. If the price breaks the resistance at 1.3686, the mid-term uptrend may resume. 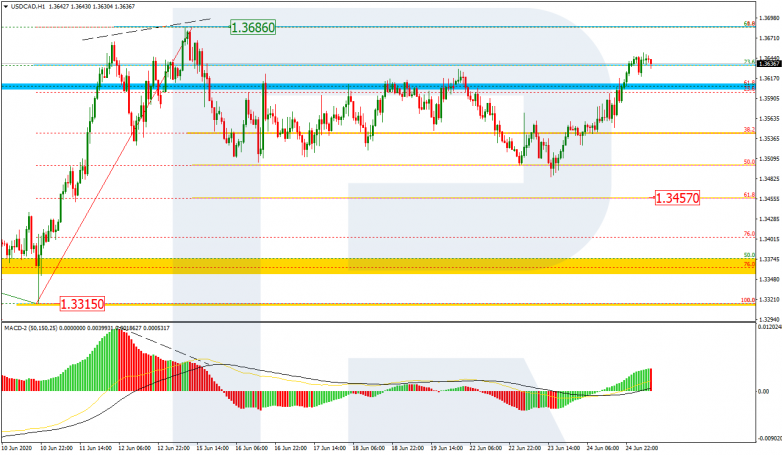