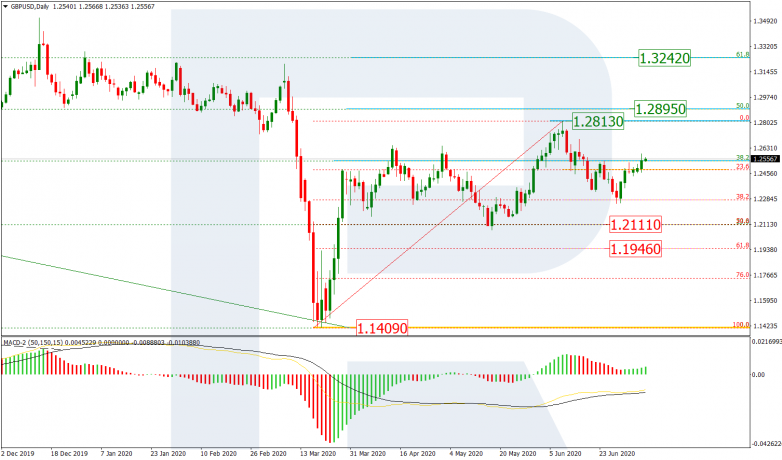 The H1 chart shows a more detailed structure of the uptrend after the convergence. By now, the pair has already reached 50.0% fibo. Later, it may continue growing towards 61.8% and 76.0% fibo at 1.2598 and 1.2678 respectively. If the price breaks the support at 1.2252, the instrument may continue the mid-term downtrend. 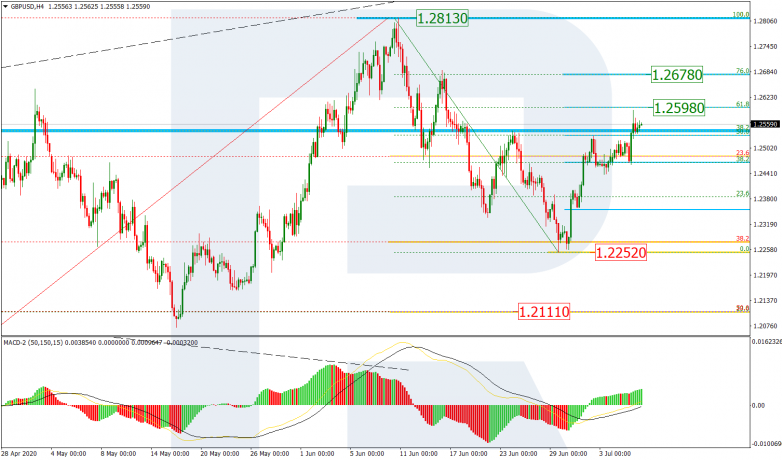 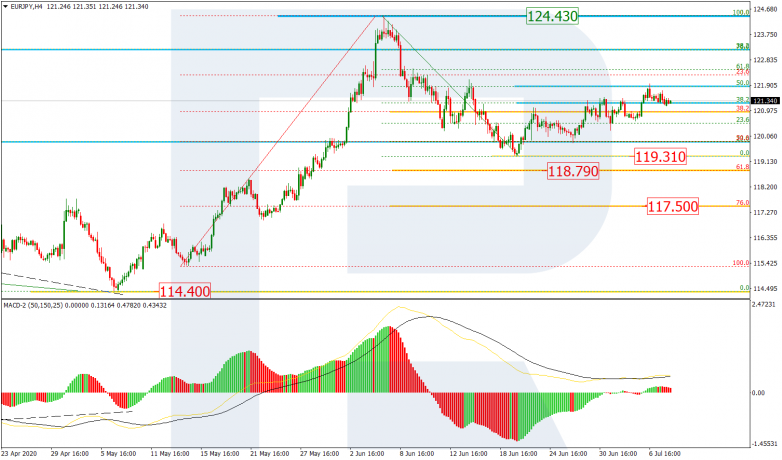 The H1 chart shows a more detailed structure of the correctional uptrend and divergence on MACD, which may indicate the completion of the pullback and a further decline towards the low at 119.31. However, one shouldn’t exclude another scenario, according to which the asset may start a new rising impulse. In this case, the upside targets may be at 61.8% and 76.0% fibo (122.47 and 123.19 respectively). 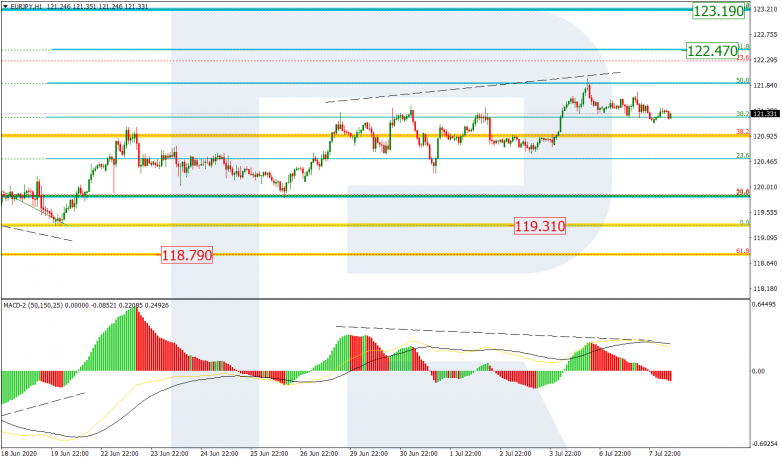