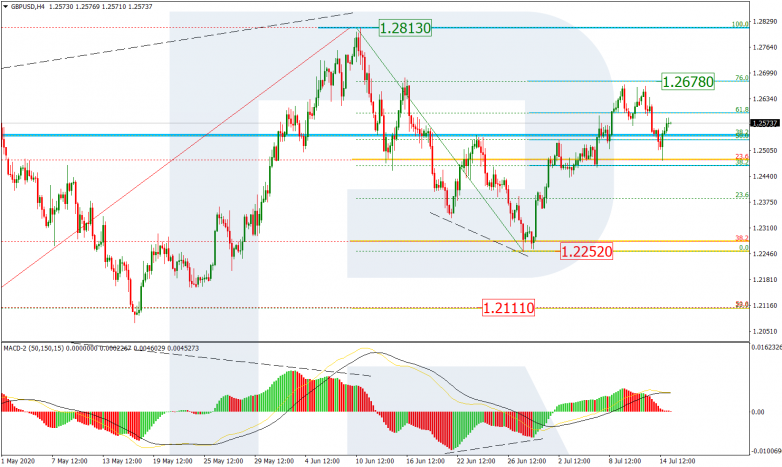 The H1 chart shows a more detailed structure of the correction after the divergence. By now, the pair has already broken 38.2% fibo but failed to reach 50.0% fibo at 1.2461. Later, it may continue falling towards the latter level, as well as 61.8% fibo at 1.2412. After completing the correction, the instrument may resume trading upwards to reach the high at 1.2670. 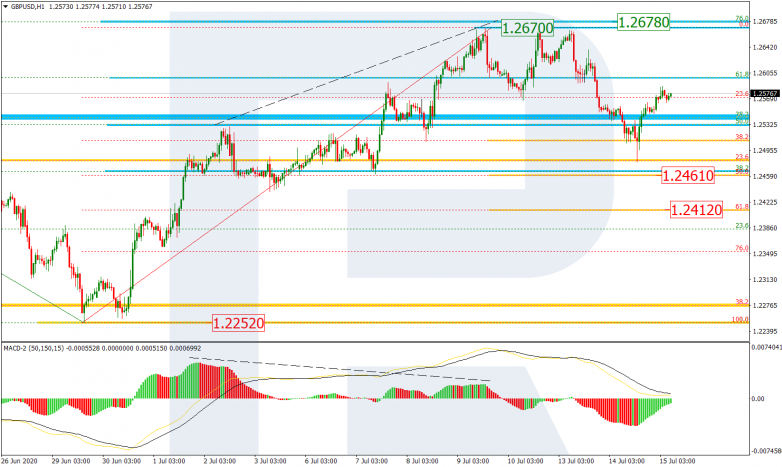 As we can see in the H4 chart, after reaching 50.0% fibo, EURJPY decided not to fall towards the low at 119.31 but chose to continue growing and reach 61.8% instead, thus transforming the current correctional structure into a proper ascending wave. The next upside target is 76.0% fibo at 123.20, while the key target is the high at 124.43. 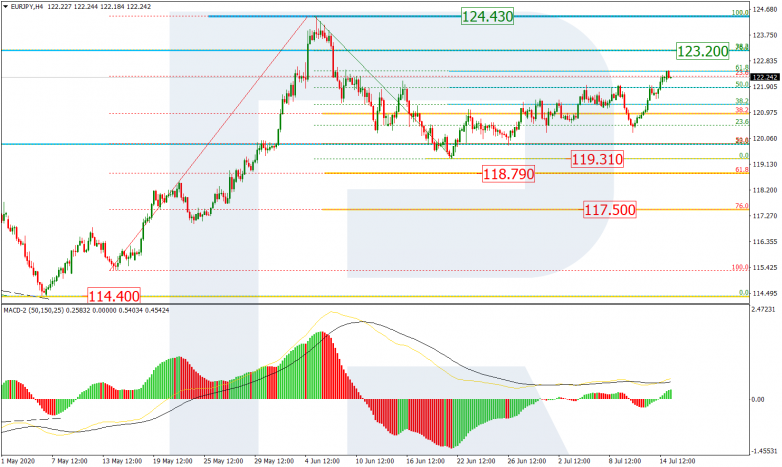 In the H1 chart, the instrument is trading upwards and has already reached 61.8% fibo. The uptrend is looking quite stable but there is a possibility of a pullback towards the support at 121.27. 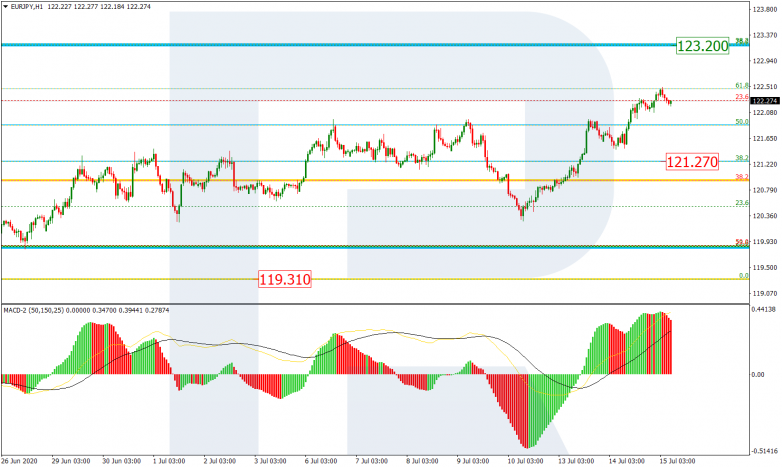