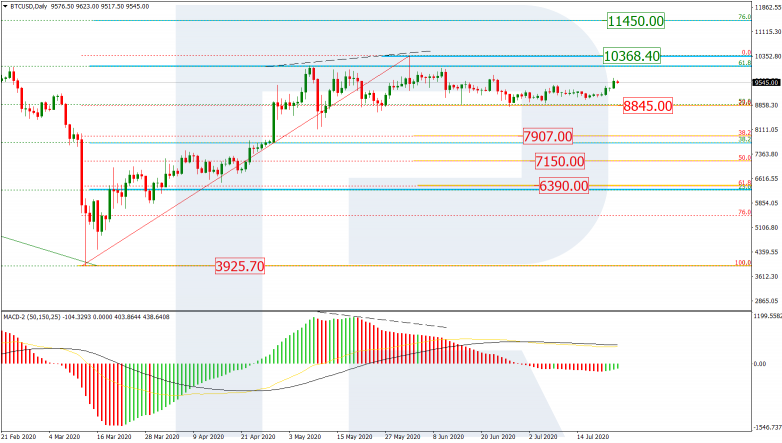 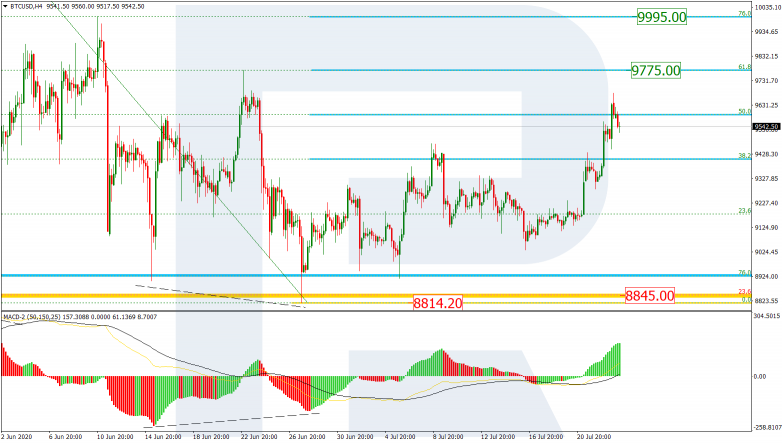 As we can see in the H4 chart, after finishing the sideways correction around 76.0% fibo, Ethereum started a new rising impulse, which has already broken the high, and right now is trading towards the key high at 288.98. At the same time, there might be a divergence on MACD, which may indicate a possible pullback after the instrument reaches the target. The correctional target is the support at 61.80% fibo at 212.70. 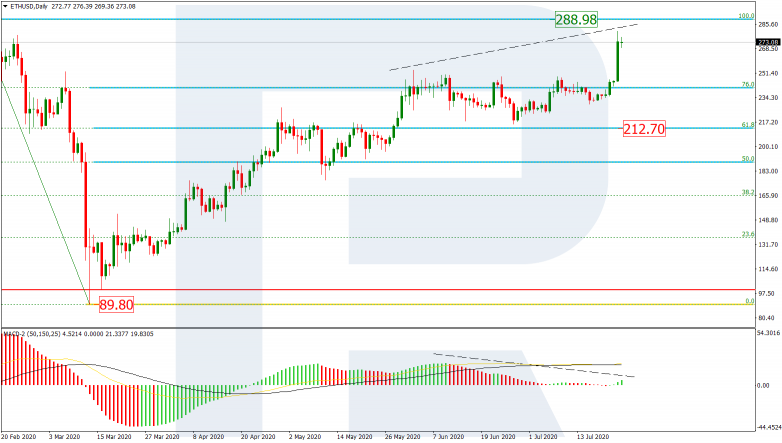 In the H4 chart, the convergence made the pair complete the correctional downtrend and start a new growth, which, after breaking the high at 253.47, has entered the post-correctional extension area between 138.2% and 161.8% fibo at 267.78 and 276.98 respectively. Possibly, the pair may trade sideways within this range. The key support is the low at 215.90. 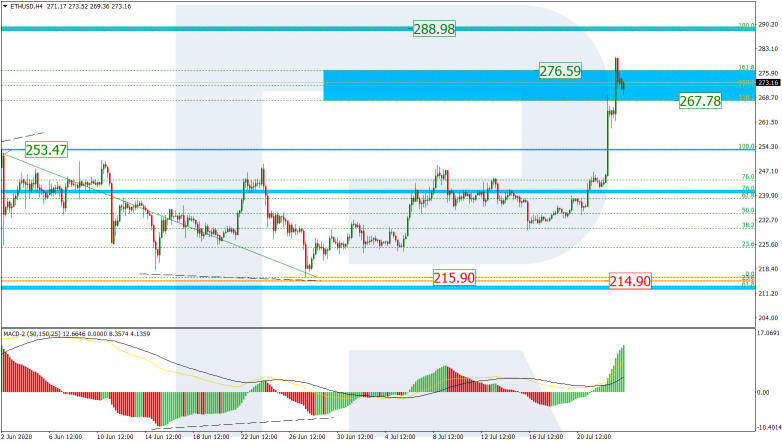