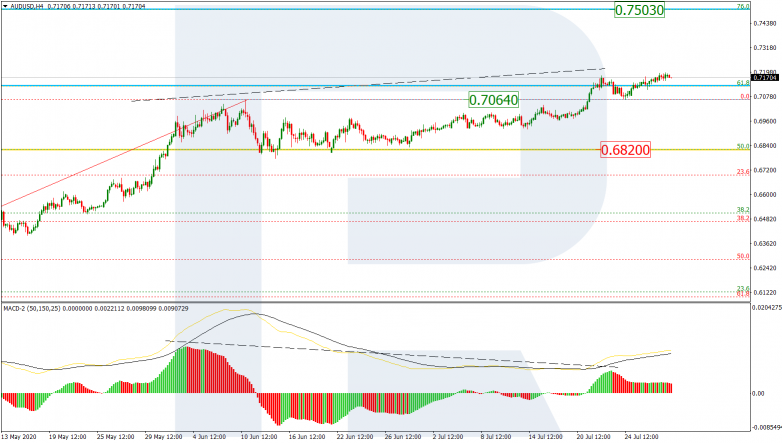 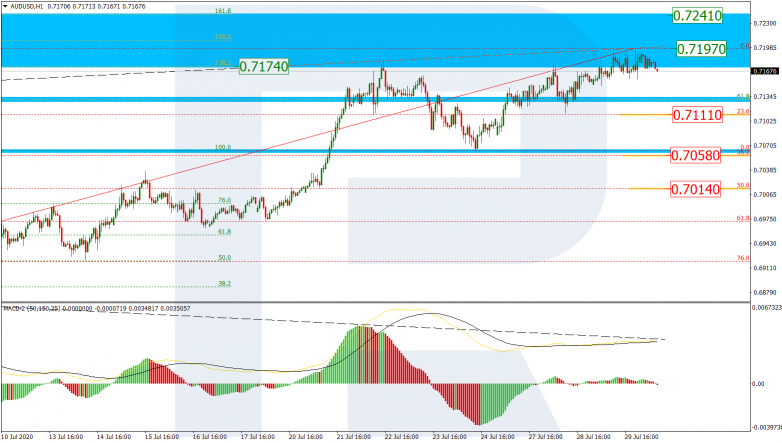 As we can see in the H4 chart, USDCAD is heading to break the low at 1.3315 but doesn’t seem to be strong enough to succeed. There is a local convergence on MACD, which may indicate a new rising impulse towards the resistance at 1.3715. At the same time, the instrument may yet break the low and then continue falling towards the post-correctional extension area between 138.2% and 161.8% fibo at 1.3164 and 1.3066 respectively and then the fractal low at 1.2951. 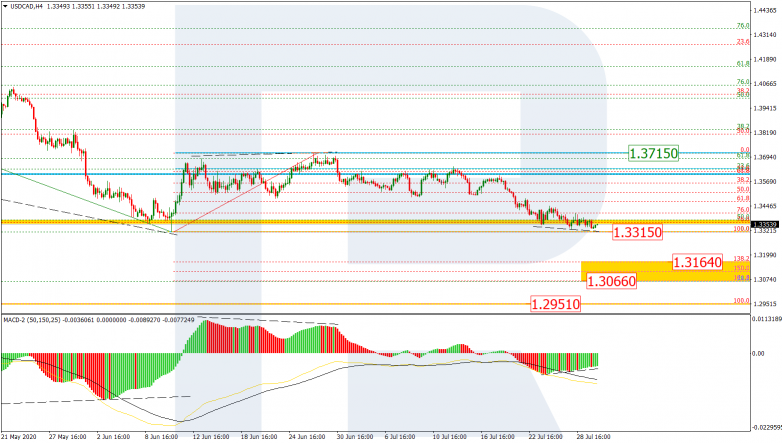 The H1 chart shows a slow decline towards the low at 1.3315 along with a convergence on MACD. If the pair corrects to the upside, the closest target will be the resistance at 61.8% fibo (1.3468). In case the price fixes above this level, the instrument may continue trading upwards to reach 1.3715. 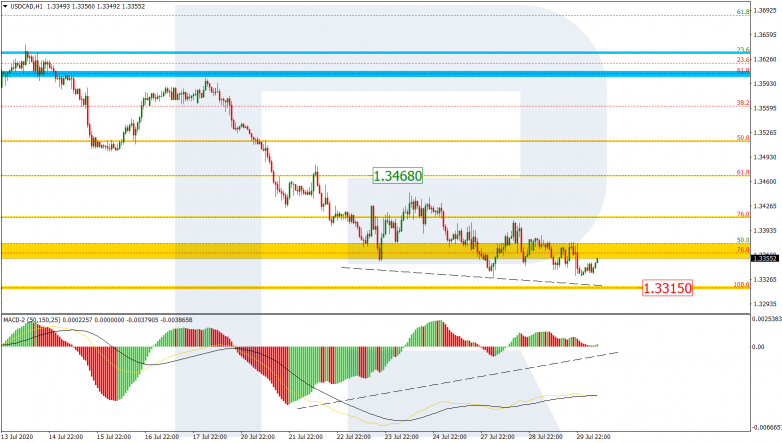