In the H4 chart, after updating the high, AUDUSD has failed to continue the uptrend. The current situation may be described as a test of the long-term 61.8% fibo. The next upside target may be 76.0% fibo at 0.7503. At the same time, the MACD indicator is forming a divergence, which may hint at a possible correction to the downside soon. The closest correctional target may be the support not far from 50.0% fibo at 0.6820. 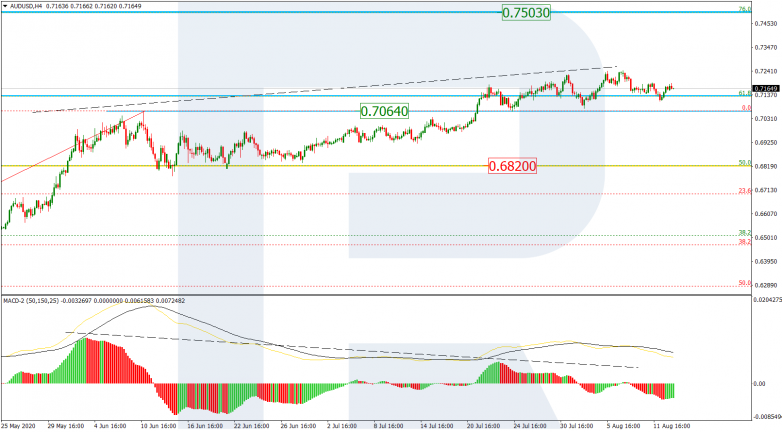 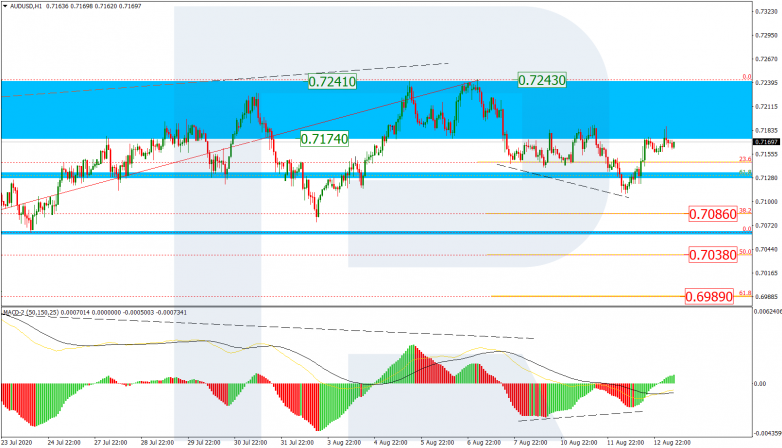 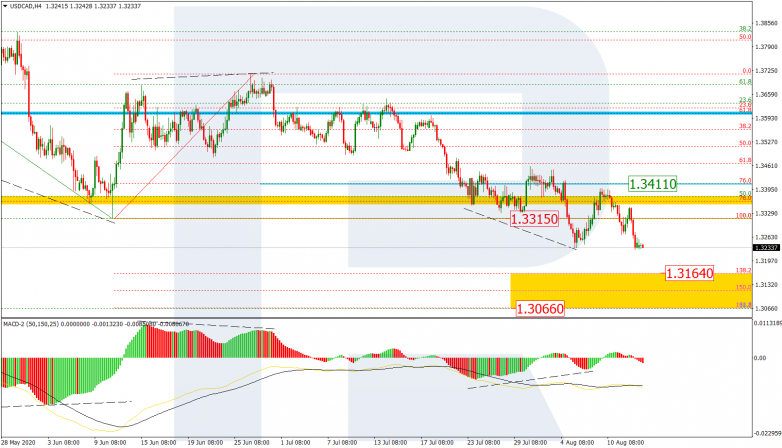 The H1 chart shows a more detailed structure of the descending wave, which is heading towards the post-correctional extension area between 138.2% and 161.8% fibo at 1.3164 and 1.3066 respectively. 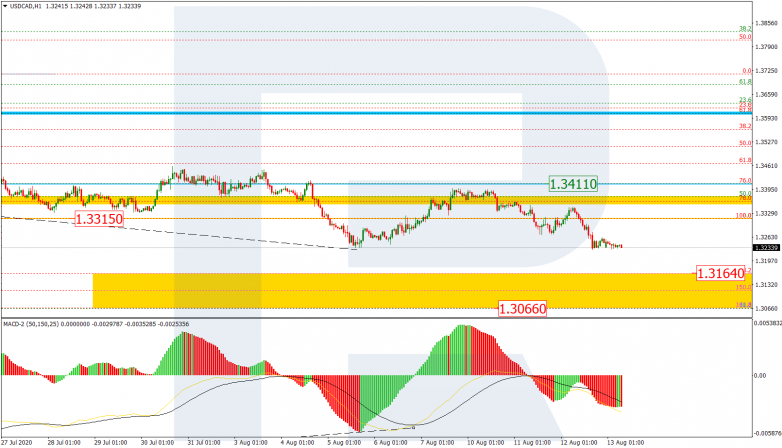