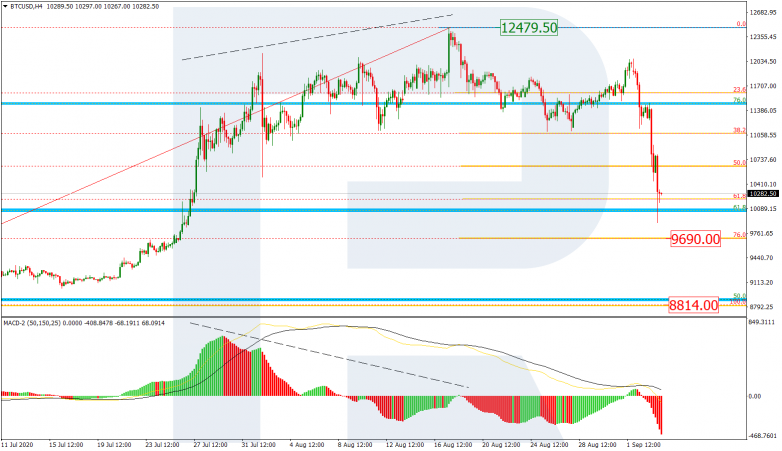 On H1, the declining wave kept going down the Fibo levels gradually with short pullbacks. Currently, having reached 61.8% Fibo, the market is performing a pullback. Another goal of the decline is 76.0%; upon reaching this, a pullback may bring the quotations to 38.2%. 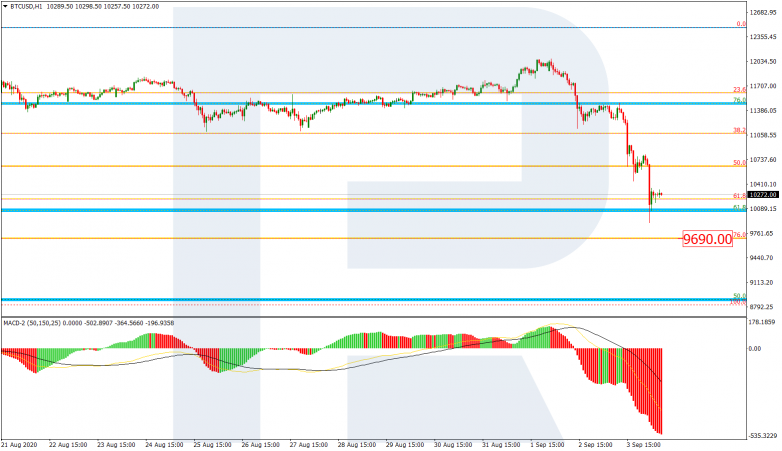 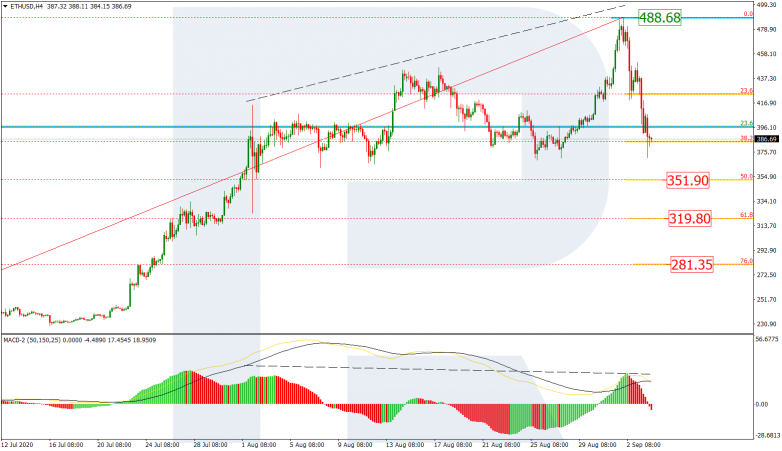 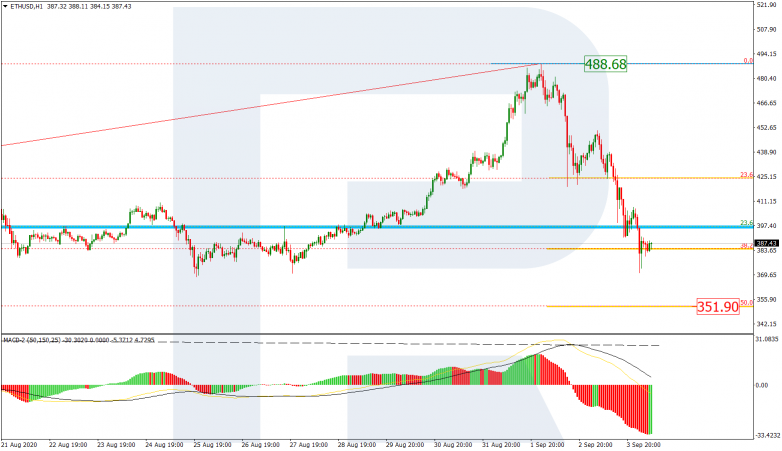