As we can see in the H4 chart, after reaching 61.8% fibo, GBPUSD has started moving downwards. This reversal and the decline that followed may be considered as a short-term pullback. After completing it, the asset is highly likely to resume growing to reach 76.0% fibo at 1.3288 and then the high at 1.3482. However, there is another scenario that implies further decline to break the low at 1.2675. 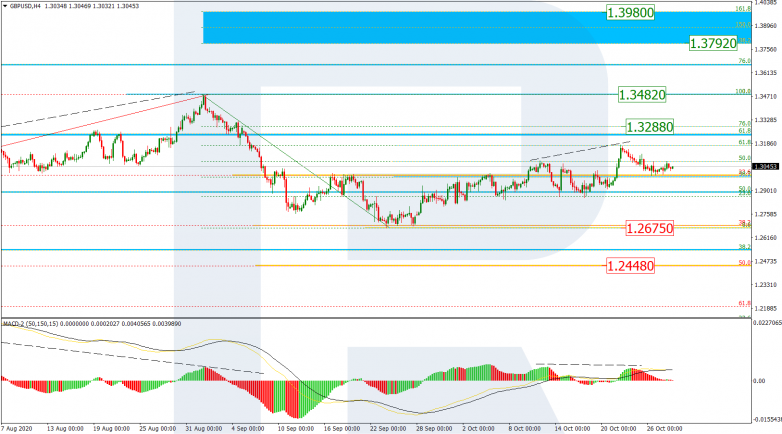 The H1 chart shows a more detailed structure of the current correction. After attempting to test 38.2% fibo at 1.2985, the first descending wave is trying to transform into a sideways channel. If the price breaks this channel to the downside, the instrument may resume falling towards 50.0% and 61.8% fibo at 1.2926 and 1.2867 respectively. However, if the instrument breaks the resistance at 1.3177, the correction will be over. 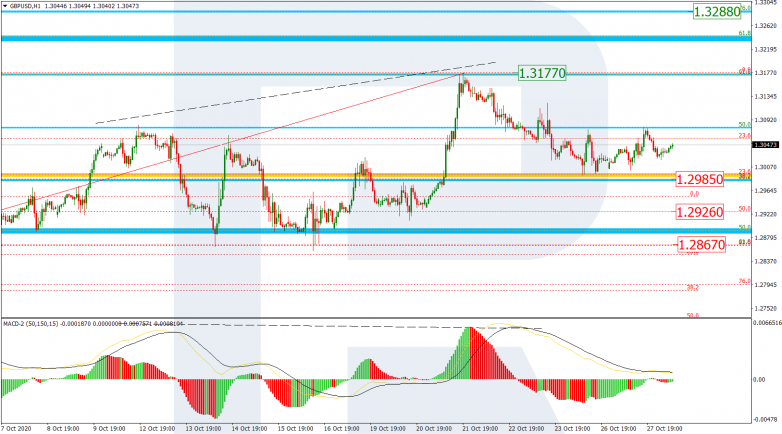 As we can see in the H4 chart, the previous rising wave has failed to break the local high and continue the uptrend. At the moment, the asset is trading downwards to break the low at 122.38 and may later continue falling to reach 61.8% and 76.0% fibo at 122.28 and 121.18 respectively. 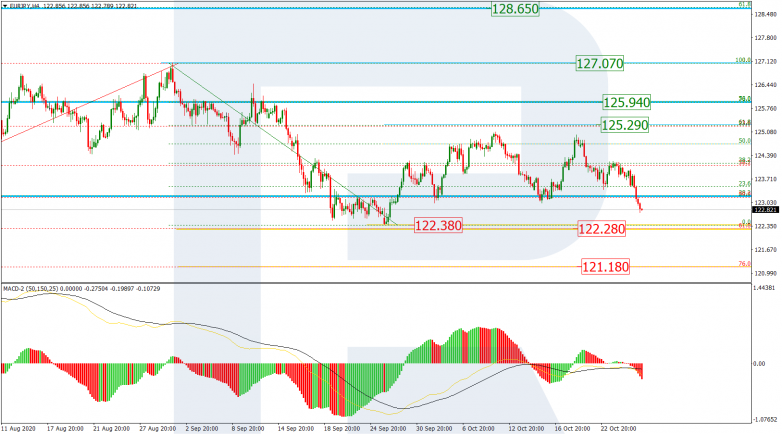 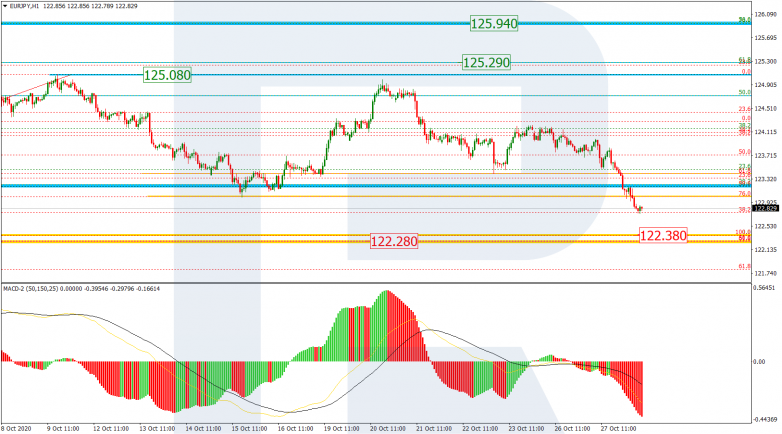