As we can see in the H4 chart, the mid-term technical picture hasn’t changed much: the asset is still moving within a narrow range above 23.6% fibo. In this case, there are two equally possible scenarios (bullish – a growth towards the high at 0.7414, and bearish – further decline to reach 23.6% and 38.2% fibo at 0.6962 and 0.6685 respectively). In the case of the first scenario, the instrument may break the high at 0.7414 and then reach the long-term 76.0% fibo at 0.7504. However, a quick descending impulse formed recently may indicate that bears are much stronger and start a proper descending tendency pretty soon. 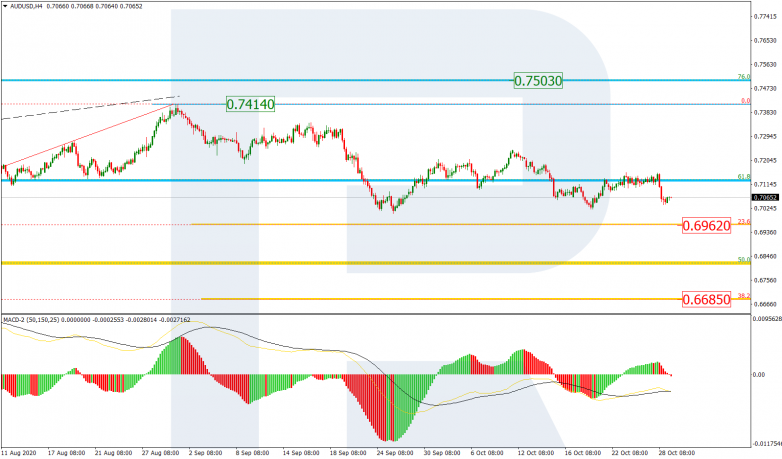 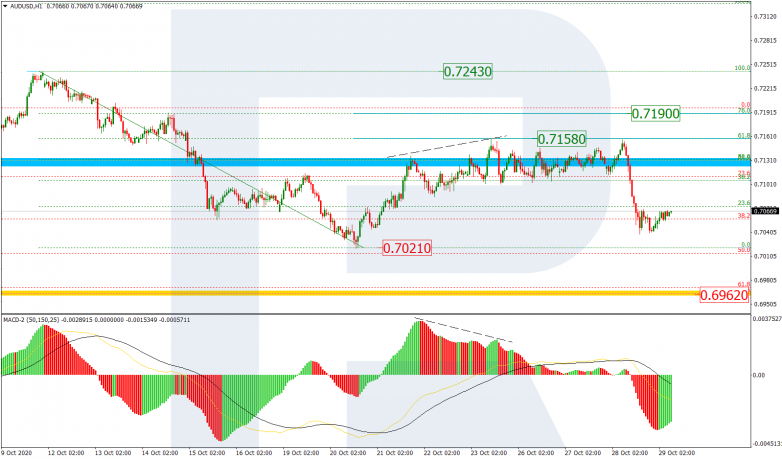 As we can see in the H4 chart, USDCAD is moving upwards steadily after a convergence on MACD and has already reached 61.8% fibo. The main scenario implies further growth to break the high 1.3420. After that, the instrument may continue the ascending tendency towards the long-term 38.2% fibo at 1.3634. However, an alternative scenario says that the asset may break the low at 1.1.3081 and then continue falling towards the fractal low at 1.2994. 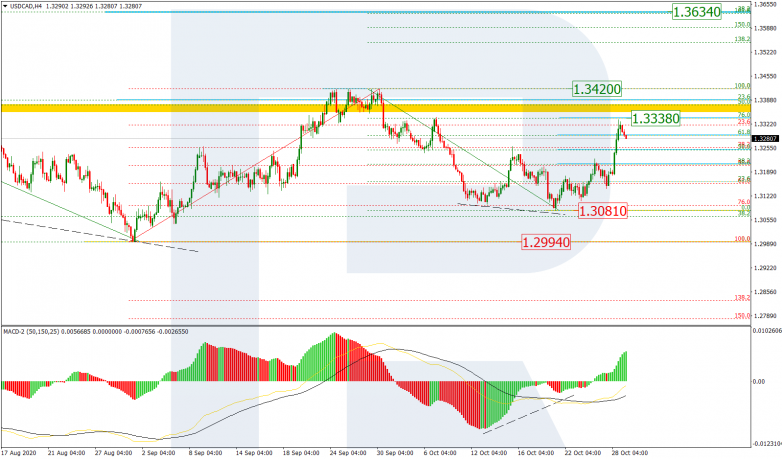 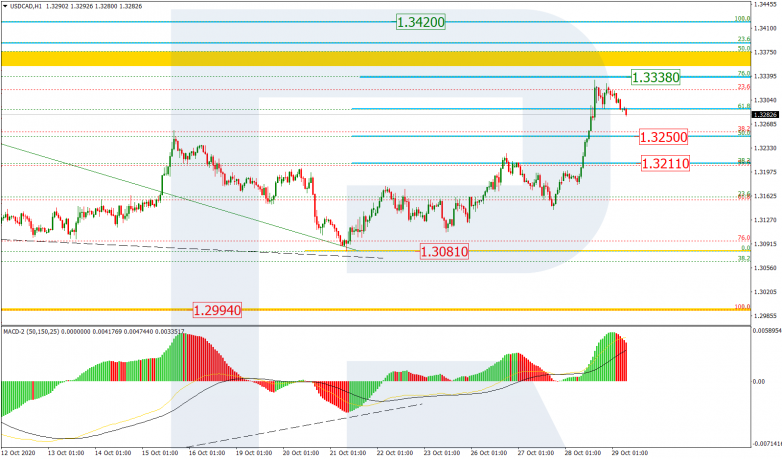