As we can see in the H4 chart, a divergence on MACD made the pair stop the ascending wave at 61.8% fibo and start a new decline, which failed to reach the local low (the current support). At the same time, extraordinary volatility, which resulted in the growth, didn’t help the asset update its local high, while the decline that followed might as well break the low at 1.2675. If it happens, the instrument may continue falling to reach the mid-term 50.0% fibo at 1.2448. 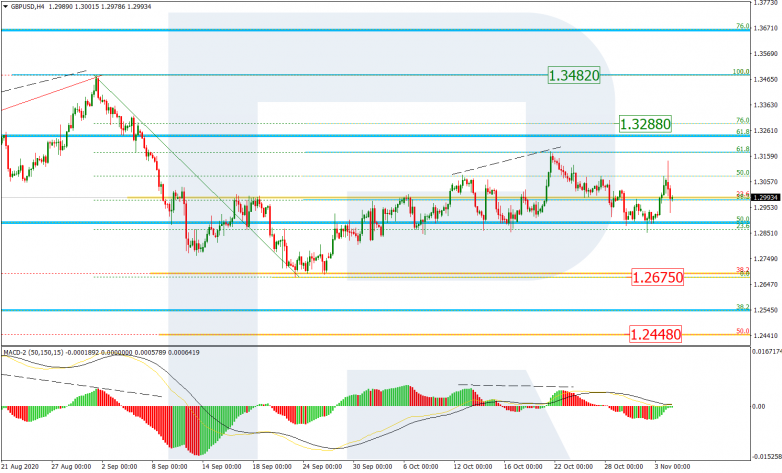 The H1 chart shows a more detailed structure of the current correction. The first descending wave reached 61.8% fibo and was followed by a convergence on MACD and a new wave to the upside. However, the next descending structure may be heading towards 76.0% fibo at 1.2796 and the low at 1.2657. However, if the instrument breaks the resistance at 1.3177, the correction will be over and the pair may start another growth to reach the mid-term 76.0% fibo at 1.3288. 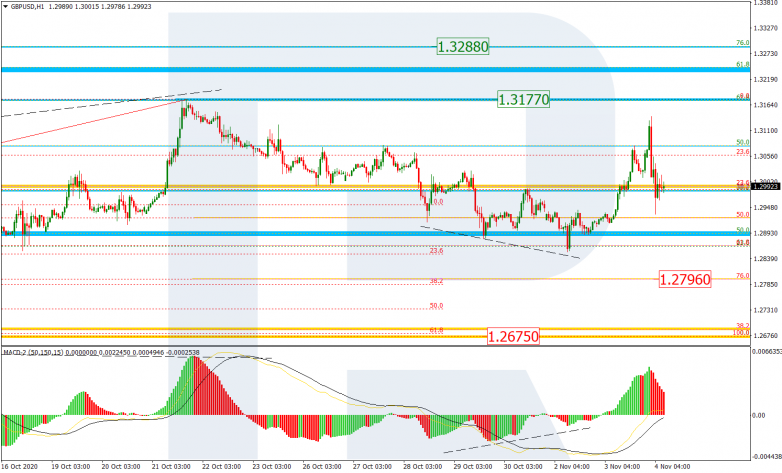 As we can see in the H4 chart, after breaking its previous low, EURJPY continues trading downwards. The closest downside target is 76.0% fibo at 121.18, while the key one is the fractal low at 119.31. In the short-term, the instrument is expected to continue the correction. 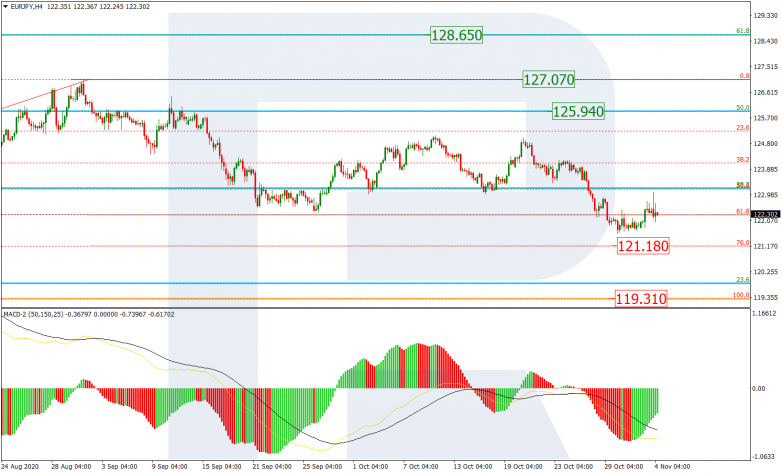 The H1 chart shows a more detailed structure of the current ascending correction after a convergence on MACD. By now, the pair has already reached 38.2% fibo and may later continue moving towards 50.0% and 61.8% fibo at 123.31 and 123.70 respectively. However, the main scenario remains bearish and implies further decline to reach the local low at 121.62. 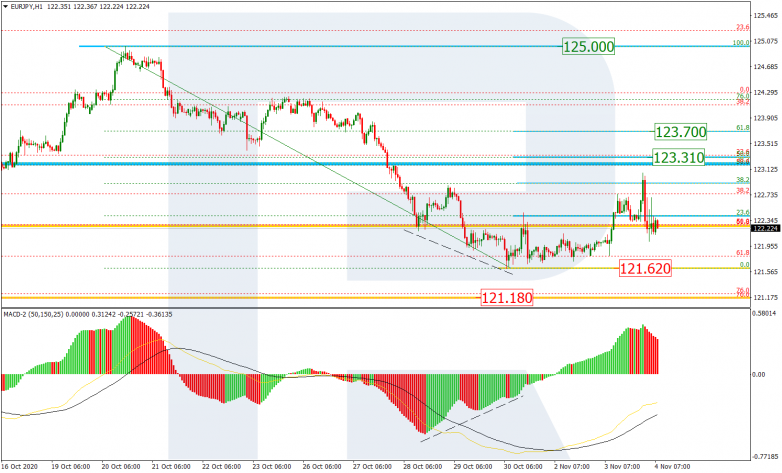