As we can see in the H4 chart, the mid-term technical picture hasn’t changed much apart from the fact that the previous low was updated. The asset is still moving within a narrow range above 23.6% fibo. After the low was updated, there was a convergence on MACD, which indicates a breakout of the range to the upside and a new rising wave towards the high at 0.7414. If the instrument breaks the high at 0.7414, it may reach the long-term 76.0% fibo at 0.7504. However, one shouldn’t exclude a possibility of further decline towards 23.6% and 38.2% fibo at 0.6963 and 0.6685 respectively. 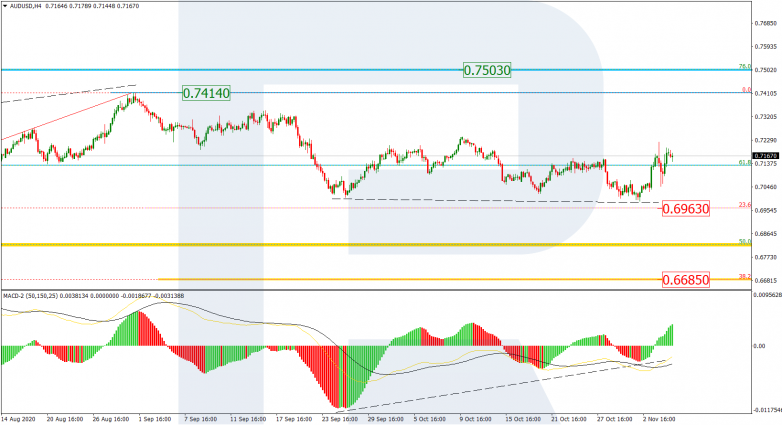 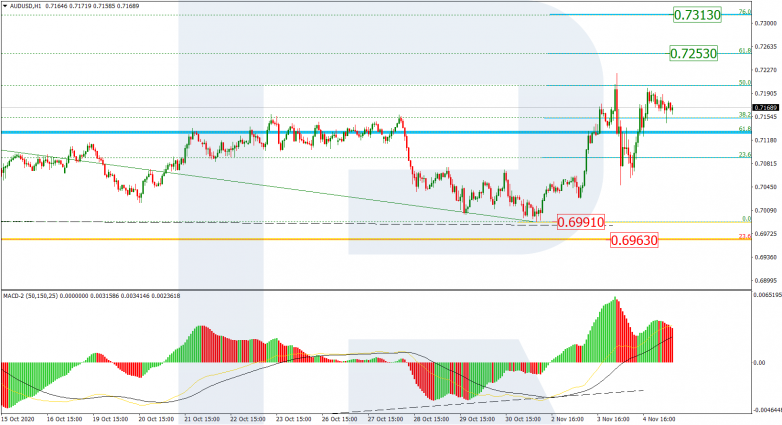 As we can see in the H4 chart, after failing to break the high at 1.3420, the previous descending wave has managed to re-test the long-term 23.6% fibo. Another descending impulse towards the local low at 1.3081 may be a signal of a mid-term consolidation. One more possible scenario implies that the pair may break the local low and then fall to reach the fractal one at 1.2994 for testing and, possibly, breaking it. 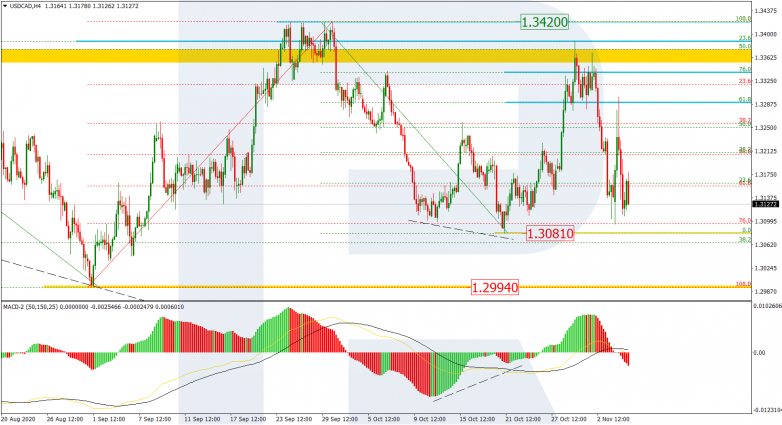 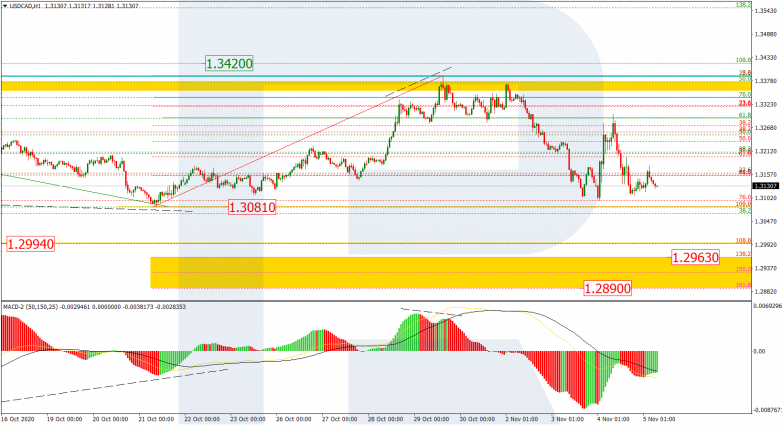