As we can see in the H4 chart, after completing the descending impulse, the asset started growing and has already tested the previous local high. If XAUUSD isn’t strong enough to start a new decline, then the price may continue growing to reach 50.0% and 61.8% fibo at 1919.00 and 1956.50 respectively. However, one shouldn’t disregard a divergence on MACD, which may hint at further mid-term decline towards the low at 1764.36. If the pair breaks this level, it will continue falling to reach the target at 38.2% fibo (1725.37). 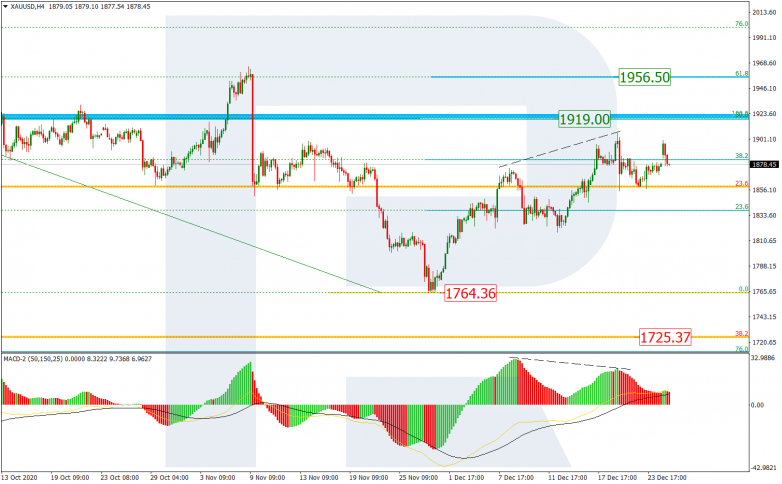 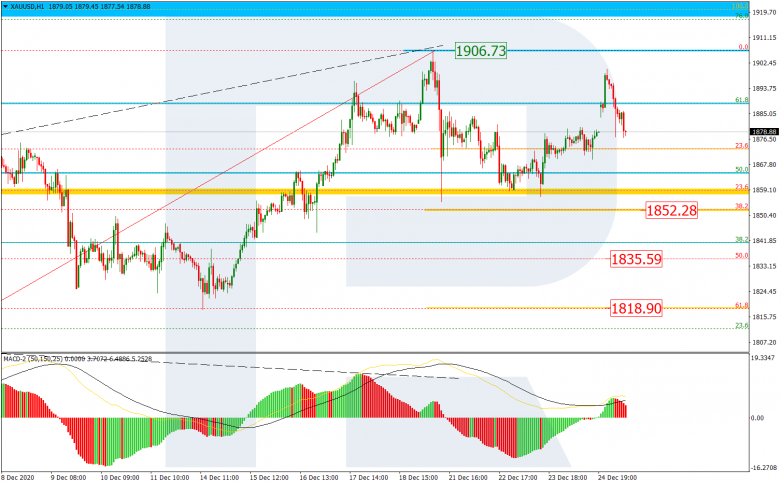 As we can see in the H4 chart, the situation hasn’t changed much. After leaving the post-correctional extension area between 138.2% and 161.8% fibo at 0.8886 and 0.8816 respectively to the upside, USDCHF is moving upwards and this growth can be considered as a correction after a long-term convergence on MACD. The correctional target remains at the resistance at 0.8999. 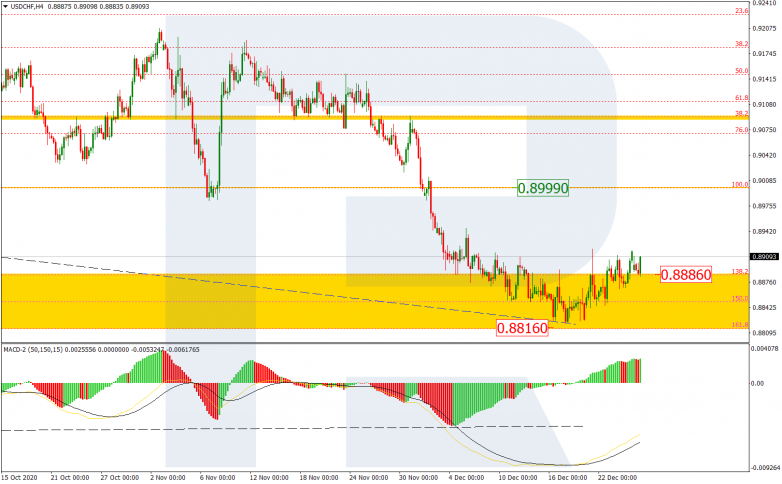 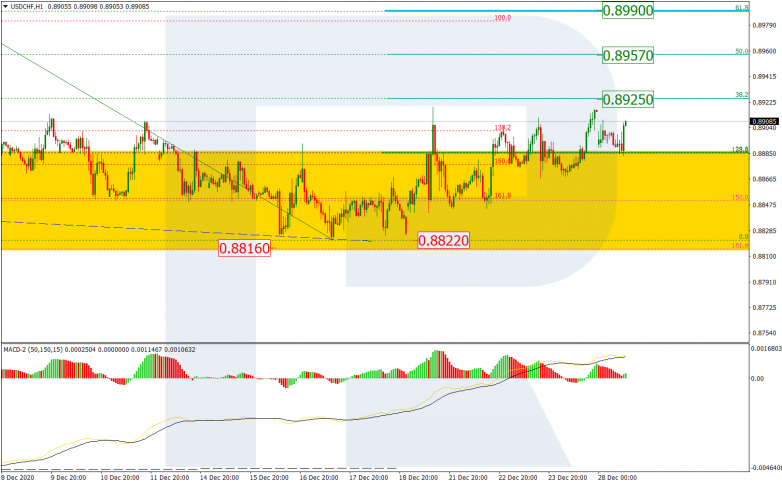